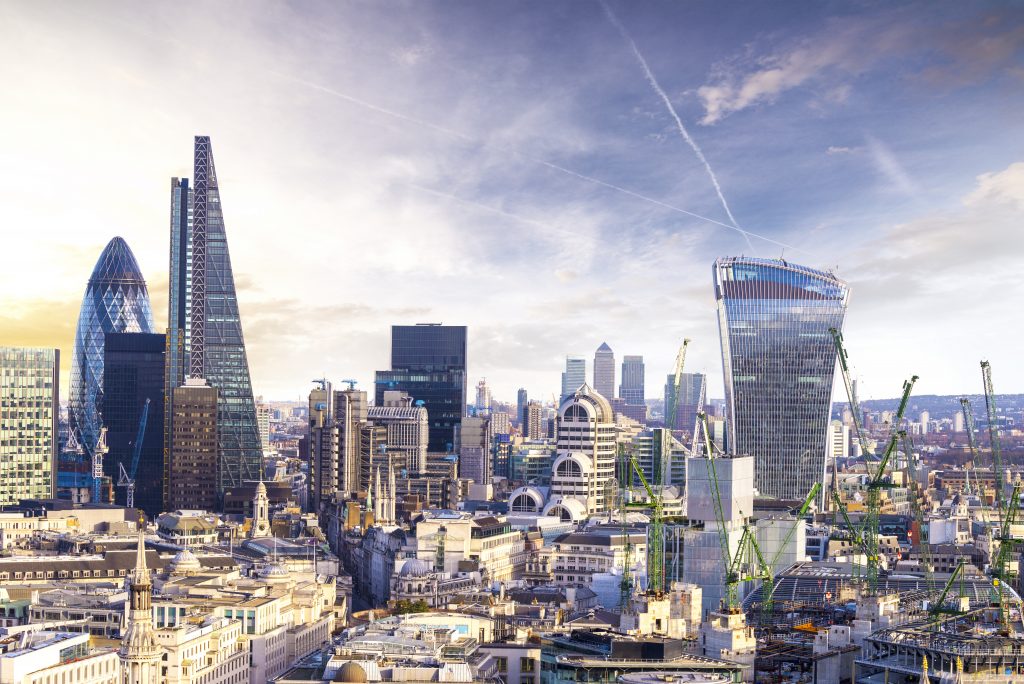 Amsterdam’s displacement of London as Europe’s largest share trading center has punctuated a rough post-Brexit era for Britain’s financial center. Euro-denominated trading has left, and a cross-channel financial services deal remains unlikely. European Union (EU) regulators want the relocations to be irreversible, while United Kingdom (UK) policymakers remain wary of rule-taking in their most important industry. Instead, Brexit represents for them, as UK Chancellor Rishi Sunak told Parliament, a chance to “do things differently and better.” Now, it is urgent for Britain to reinvent the financial crown jewel of its economy.

Supporters of Brexit suggest that making London a “world leader” in green finance could compensate for the City’s post-Brexit losses. Green financial leadership could boost Britain’s domestic industry and transform its foreign policy. But competitive advantages for its financial sector are not likely to materialize.

Britain has already made the environment a political priority, and its 2019 pledge for net-zero emissions by 2050—concordant with the EU’s—offers a cooperative avenue to repair still fraught relations with Brussels. The UK also wants to assert its leadership on climate before hosting COP26 in November and a G7 summit this June, where Prime Minister Boris Johnson will attempt to mediate between Washington and Brussels for an agreement on carbon border levies.

Economically, energy transition policy is just as important. In a ten-point plan for a green recovery, Johnson promised to “level up” a country beset by regional inequality and middling productivity by fostering innovation, lowering power costs, and creating a quarter-of-a-million jobs.

Finance will play a major role in this “Green Industrial Revolution,” which will be funded by a special bond issue. These green securities should offer taxpayers cheaper borrowing, spurred by demand from neophyte bond buyers as well as established investors’ growing appetite for environmental, social, and governance (ESG)-aligned financial products. Green sovereign debt might benefit the wider market if a lower zero-risk benchmark rate pulls other yields down, slashing capital costs. Corporate issuers could capitalize by selling their own sustainable bonds to finance the greening of their value chains.

Other initiatives, like requiring London-listed firms to disclose climate-related risks by 2025, might also inculcate the ESG advantage into the market. So could plans for a green taxonomy, which would assess sustainability in every area of the British economy. Another reform, regulating carbon offsets, could bring new investors into a trade once hobbled by questions of its environmental effectiveness.

Moreover, Brexiteers argue, breaking with the EU’s regulatory framework could give London an edge over the bloc in the emerging sustainable finance sector. Divergence from EU solvency rules, whose high capital requirements discourage insurers from underwriting long-term projects, could bolster London as entrepreneurs’ preferred destination for financing the protracted moonshots required to hasten the clean energy transition.

But sluggishness on the part of policymakers has hindered Britain’s competitiveness in this space. While British regulators demurred over green bonds, several EU member states—including France, Germany, Ireland, and Poland—forged ahead, with issues already in circulation by the time Britain announced its own. The UK green taxonomy has also lagged the European Union’s, with London largely replicating Brussels’ work.

The European Union’s proactiveness has been reflected in the corporate market. French companies account for a quarter of Blackrock’s fund for highly rated green bonds, whereas British firms comprise only 2 percent. Meanwhile, the offset market has suffered from general Brexit trends, as the Intercontinental Exchange, which facilitates transactions within the EU Emissions Trading System, disclosed last month it would relocate carbon trading from London to Amsterdam.

Britain must not fall further behind in green finance, but should also recognize the competitive limits of a sector prone to emulation. Instead, Britain should embrace this fact and use its status as a global financial trendsetter and its platform at COP26 and the G7 to initiate a global race-to-the-top on sustainable finance standards. Britain’s industrial sector will still benefit, as the country’s Green Industrial Revolution progresses. But for the financial sector, the measure of success should be Britain’s leadership and influence on the cooperative effort to accelerate the global energy transition.

Paddy Ryan is a Spring 2021 intern at the Atlantic Council Global Energy Center.

Image: Sunset View of the City of London (dade72/Shutterstock)