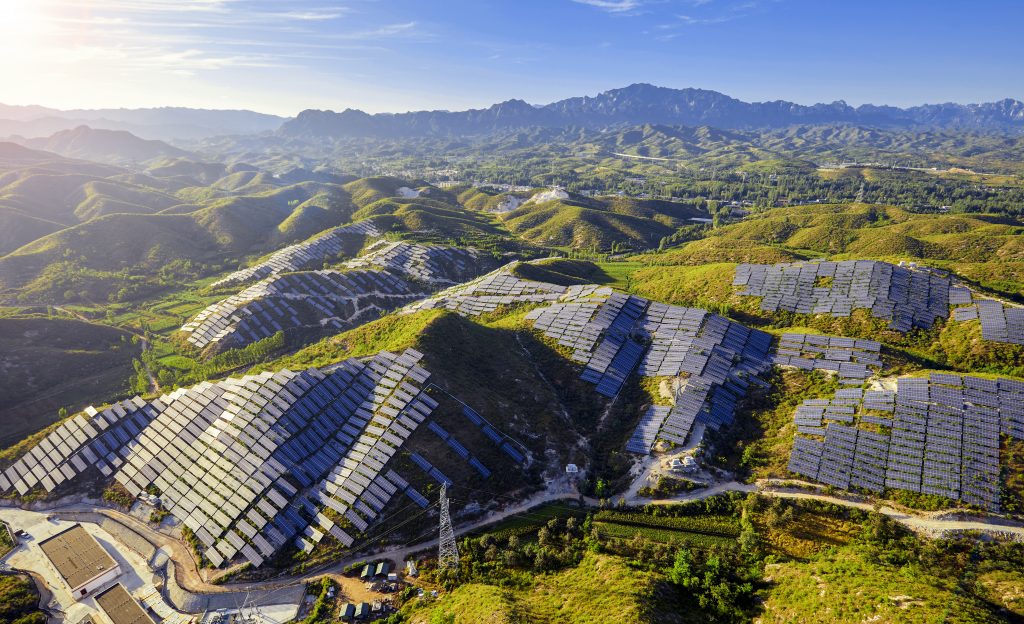 The US-China high-level meeting in Anchorage caught most of US media attention on China this March but it overshadowed key developments inside China related to carbon neutrality which will be relevant to President Biden’s upcoming Leaders Summit on Climate. China’s mid-century target was a central issue of the meeting of the “Two Sessions” which ended on March 12, and since the approval of the country’s 14th Five Year Plan (FYP), Chinese government and nongovernment entities have released new policies to promote energy system transformation at an unprecedented pace. At the United Nations General Assembly (UNGA) last fall, President Xi Jinping shocked the world (and many inside China) when he announced that China will achieve carbon neutrality before 2060. This announcement is significant for the most populous country in the world that relies on coal for 57 percent of its energy mix, and it requires China to move from peak carbon emissions before 2030 to carbon neutrality in a span of thirty years. While the much-anticipated release of the 14th FYP, which outlines national priorities for 2021 to 2025, only promises incremental climate progress, President Xi has made clear that China will be reforming its entire economic and social system to achieve this goal, and Chinese government departments and energy-related enterprise are scrambling to align policies accordingly.

During the virtual Climate Ambition Summit last December, President Xi previewed some of China’s increasing, but modest, ambitions. He affirmed that China will cut its carbon intensity (carbon dioxide emissions per unit of gross domestic product) by more than 65 percent from 2005 levels by 2030, compared to a previous 60-65 percent target. China will also increase its installed capacity of wind and solar photovoltaics (PV) to more than 1200 gigawatts (GW) by 2030 and increase the share of non-fossil fuel resources in primary energy consumption to 25 percent by 2030, compared to the target of 20 percent in China’s last nationally determined contribution (NDC).

The 14th FYP sets China on course to meet these 2030 NDC targets by reaching 20 percent of non-fossil energy by 2025. But this target is not hugely ambitious considering that it is consistent with the 1 percent increase in non-fossil energy China has seen year-on-year over the last five-year period. Further, the 18 percent carbon intensity target is the same as the target in the 13th FYP and leaves room for increased annual emissions. The plan falls short of expectations of Chinese energy experts that it would include a carbon emissions cap within the five-year period, and also lacks an energy consumption cap as well as a target for gross domestic product (GDP) growth beyond 2021.

The Carbon Brief makes an important observation that the FYP is an “outline” that shapes economic and social policy. Therefore, specific details are expected in later policies and sector-specific plans over the next six to twelve months. The Energy 13th FYP was not released until January 2017, almost one year after the 13th FYP, but provided more clarity on renewable energy, energy consumption, and coal targets. Further, based on historical examples of overachievement, China will likely exceed these climate goals. For instance, China met its 2020 target of 110 GW for installed solar PV in the 13th FYP by the middle of 2017.

Another contentious issue within China is the significant dependence on coal for power generation and the industrial sector. China’s National Energy Administration is expected to clarify details on coal development when it releases its plans for the energy and the power sector, and for the first time, the Ministry of Ecology and Environment will also release a plan for emissions reduction. China’s reliance on coal for domestic energy use and overseas exports will be one of the most difficult challenges for its clean energy transition and to improving its international standing on climate action. Coal-fired power generation is already uneconomical, and the majority of China’s coal-fired power plants are failing to compete with the low cost of renewables. Despite the financial realities, the country still has 247 GW of new coal plants in the construction pipeline, and while the 14th FYP mentions that further coal build-out will be “clean and efficient,” any further expansion of coal will restrict the world’s ability to stay within the Paris Agreement’s 1.5 degree Celsius limit.

Despite the reservations about the potential for China’s near-term progress on climate goals, Chinese leadership is clearly laying the groundwork for long-term comprehensive reforms to promote sustainable development and integrate the concept of carbon neutrality into policies across the national and provincial governing bodies. The State Council released guidelines in February to develop a green and low-carbon circular economy, which emphasized energy and resource conservation, even at the household level. China also launched the national emissions trading scheme (ETS) this year, covering 2,225 firms in the power sector, and trading will start in June 2021. Eventually, the national ETS will include other energy-intensive sectors such as steel and aluminum. This carbon market will help accelerate China’s transformation from a carbon-intensive economy to one based on renewable energy and clean energy technology.

President Xi’s language regarding power sector reform has changed, as demonstrated in his recent speech to the Central Finance and Economics Affairs Commission, and he is calling for renewable and advanced energy technology, including nuclear, to be the mainstays of China’s power system rather than a part of a system based mostly on fossil fuels. The Chairman of Huaneng, one of the five largest state-owned electricity generation enterprises in China, echoed Xi’s message in a speech during the China Development Forum last week. He shared that the four features of this new system will be: extensive interconnection, intelligent interaction, flexibility, and reliability. China is already the global leader in renewable energy production and deployment, and the country is implementing more proactive policies to promote further expansion and integration of renewable and advanced energy. China is also providing substantial investment in research and development to drive innovation in new technologies and attracting foreign firms that are keen to enter a rapidly growing advanced energy market.

China’s progress towards carbon neutrality helps the Chinese Communist Party achieve a range of goals beyond fighting climate change. President Xi’s UNGA announcement and his carefully planned timing—after the EU-China leaders’ meeting in September and before the US election in November—demonstrate China’s apparent geopolitical ambitions to stand independently of the United States and the European Union and lead on climate action, thereby strengthening China’s position in international governance. By producing more renewable energy and decreasing dependence on fossil fuel imports, China can insulate itself from energy supply disruptions and trade wars that are detrimental to its national energy security and economic growth. Finally, China’s dominance in technologies that are fundamental to the new energy system—such as critical mineral processing, solar panel manufacturing, and battery storage production—makes other countries dependent on China as they seek to diversify their energy mix and meet ambitious climate targets, thus giving China even more economic leverage in the future if other countries fail to compete. China’s pursuit of an “ecological civilization” and a new energy future is a challenging feat, but recent rhetoric and policy momentum are good indicators that the world will see substantive progress within the next decade.

Margaret Jackson is the Deputy Director for Climate and Advanced Energy at the Atlantic Council Global Energy Center. Jackson previously served as a visiting researcher at the Institute of Energy, Environment, and Economy at Tsinghua University in Beijing, China.