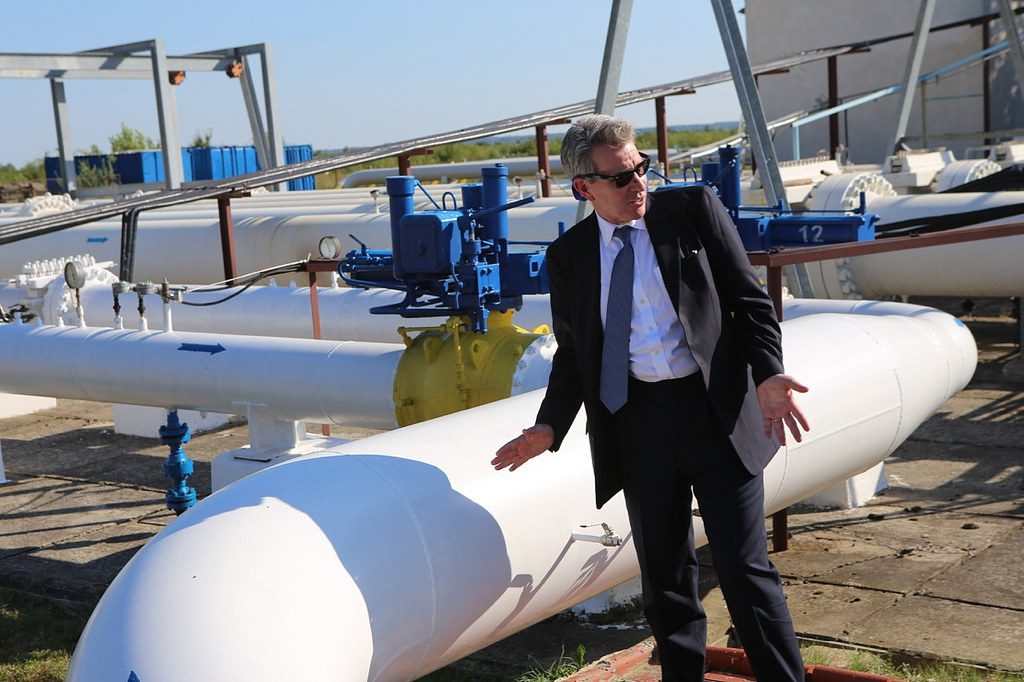 After Russia invaded in 2014, Ukraine managed to avoid direct imports of Russian gas, weakening the Kremlin’s most important lever over the country’s economy and sovereignty.

However, Ukraine still faces a dire choice as inefficiency, corruption, and lack of transparency continue to hamper its natural gas sector. Going forward, it can choose to advance energy reforms that would see the elimination of population-wide subsidies and large-scale privatization, in order to attract foreign investment that could boost domestic gas production in Ukraine, or it can cede to populist pressure and oligarchic influence that would limit economic growth and risk a return to dependence on Russian energy supplies. The choice it makes will determine the fate of the country’s energy and economic security for years to come.

Ukraine has made more progress on energy reform since the Euromaidan Revolution than it has during any other time since it gained independence in 1991. But that progress has been halted and compromised by half-hearted measures. For example, the government moved to close the gap between natural gas prices for households and industrial consumers, reducing subsidies that were a major drain on the national budget, but failed to put in place any policies to prevent the government from fully reintroducing subsidies. Import prices have increased over the last two years, but household prices have stayed the same, crowding out budgetary priorities.

The lack of government guarantees to prospective investors, independent courts to enforce ownership rights, and fair access to the gas transit system all work in concert to prevent Ukraine from becoming a net gas exporter in the next decade, despite having abundant shale gas reserves. Ukraine’s opaque licensing system for gas exploration also prevents many prospective gas producers from entering the market. Paradoxically, it is not what is “below the ground,” but instead “above the ground” issues that prevent Ukraine, a country at war with Russia, from achieving its own energy independence.

These half-finished reforms could be reversed and Russia could once again exploit corruption to subvert Ukraine’ sovereignty. Former Ukranian Prime Minister Yulia Tymoshenko, who now leads the polls for the upcoming March 2019 presidential elections, has centered her campaign on the notion of increasing gas prices as “tariff genocide,” vowing to reinstate subsidies.

In a paper published by the Council on Foreign Relations, we urge Kyiv’s executive and legislative branches to depoliticize natural prices, firmly establish regulatory independence, and carefully dismantle energy-sector monopolies, while calling for the judicial branch to create a predictable and fair environment for all potential investors.

There is also much that US policymakers could do at this crucial moment of Russian aggression in the Kerch Strait and in light of the five-year anniversary of the Euromaidan Revolution. Ukraine will ultimately decide its own fate, but the US has a strong interest in supporting an emerging regional ally in three ways: increasing diplomatic pressure, providing technical assistance, and offering financial support tied to specific reforms.

First, Washington should make energy reform the priority in its bilateral relations with Kiev, showcasing to Ukrainian and European investors, among others, that advancing energy reforms that would increase Ukraine’s gas production can fundamentally transform the country. To demonstrate seriousness, Washington should closely coordinate with the International Monetary Fund and other Western donors to ensure more stringent compliance for loan disbursements and extend its targeted sanctions program against Russian oligarchs to their Ukrainian allies.

Second, the United States should pair increased pressure with regulatory and legal assistance. Specifically, the Federal Energy Regulatory Commission, the Department of the Interior, and the State Department should step up their work with Ukrainian partners to design strong, independent regulatory agencies, formulate simplified licensing procedures, and share the know-how needed to develop shale gas resources, collect royalty revenues, and combat corruption.

Third, Washington should significantly expand aid for the multi-layered efforts Ukraine has undertaken in order to untangle its economy from Russian influence, conditional on the specific corruption-reducing measures outlined to encourage sustained progress. With a newly elected president and parliament coming into office next year, it is the right time to complete the reforms started after Euromaidan, but Ukraine will need more aid than has already been pledged.

The United States and its European allies will benefit from a self-reliant, energy-secure Ukraine that is capable of standing up to Russian interventionism. Supporting Ukraine’s energy reforms is a low-risk, high-reward strategy for Washington to counter Moscow’s influence at NATO’s border without overcommitting to military options that are not feasible in the region. Completing reform will also enhance unity within the EU Energy Union and integrate Ukrainian gas production, storage, and transit assets into the EU market. With sustained, considered US support, Ukraine can reform its inefficient gas sector into an engine, not only for its own economic progress and security, but for the whole of Eastern Europe as well.

For more, see “Advancing Energy Reform in Ukraine,” a Discussion Paper from the Council on Foreign Relations’ Program on Energy Security and Climate Change in the Center for Geoeconomic Studies.

Sagatom Saha is an energy policy analyst and former visiting fellow at DiXi Group, a Ukraine-based think tank focused on energy-sector analysis. Ilya Zaslavskiy is the head of research at the Free Russia Foundation and a member of the advisory board of the Hudson Institute’s Kleptocracy Initiative. You can follow Sagatom (@SagatomSaha) and Ilya (@IZaslavskiy) on Twitter.

Image: Former US Ambassador to Ukraine Geoffrey Pyatt visits a gas pipeline in Zakarpattya, on the Ukraine-Slovakia Border, July 21, 2015 (photo by US Embassy Kyiv Ukraine/Flickr).