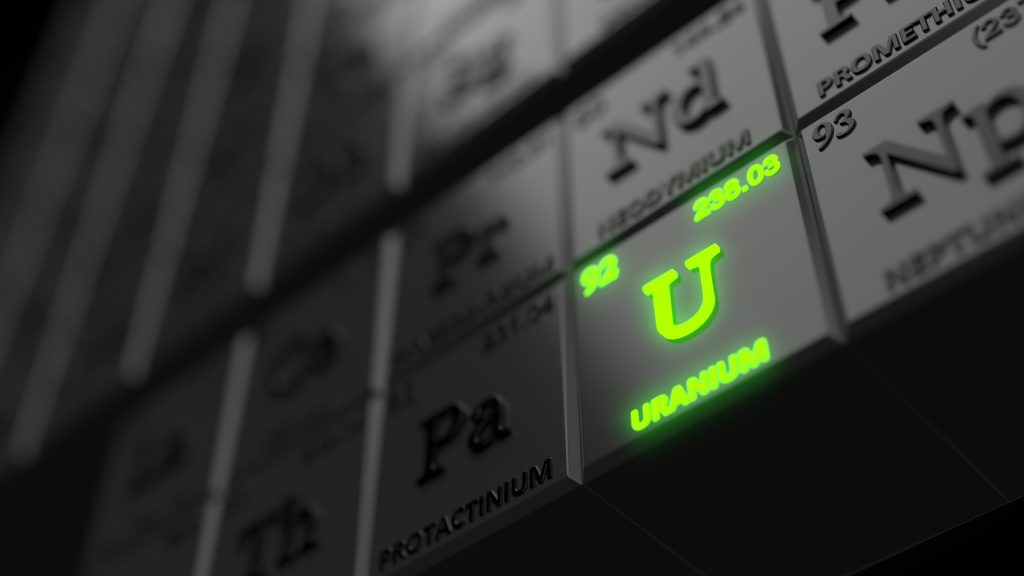 Advanced nuclear power generation technologies that focus on modular construction, factory fabrication, shorter construction times, and passive safety could work in concert with renewable energy to deliver carbon-free electricity that will help meet energy demand while addressing the risk of climate change. There are currently over seventy projects to develop advanced nuclear technologies being pursued in the United States and Canada.

Most of these new nuclear technologies are designed to use a more energy-dense fuel than that used by traditional light-water reactors, enabling them to deliver energy out of a smaller facility and operate for longer times between refueling. However, there are no existing facilities to produce this fuel, called high-assay low-enriched uranium or HALEU, in the quantities required to support advanced reactor deployment, which is expected to triple by the middle of this century. The lack of a reliable, long-term source of HALEU is the top concern of advanced reactor developers, and the Consolidated Appropriations Act of 2021 requires the Secretary of Energy to establish a program to support HALEU availability.

To make sales, reactor developers need to be able to show potential buyers that they will have access to a reliable source of fuel for the life of a new power plant. In addition, building a new plant will require capital to finance construction, and the lack of a demonstrated fuel supply makes the path to adequate financing almost impossible.

The US Department of Energy (DOE) has funded an initial demonstration of HALEU production, but that project will only last until 2022 and will produce only a tiny quantity of the fuel. There is no market yet to support the buildout of HALEU production sufficient to fuel even a small number of commercially deployed advanced reactors.

Potential producers of HALEU need firm offtake commitments to raise the capital required to support the construction and operation of new, specialized production capacity. Individual reactor developers are, at best, in the early stages of deploying demonstration or first-of-a-kind units, and are limited in the commitments they can make to potential HALEU producers. In any case, those commitments would be in question, because the prospects for any particular reactor developer are uncertain, even if the prospects for the class of advanced reactors is promising. Furthermore, the initial commitments of one or a handful of reactor developers would likely not reach the volume that would facilitate an economically attractive buildout of fuel production capacity.

Although reactor developers are desperate to point to an assured supply of HALEU, potential producers do not have an assured source of demand that would enable them to raise capital and deploy it with acceptable risk, a conundrum that threatens the future of advanced nuclear power.

How a HALEU bank could resolve the conundrum

A HALEU reserve—or, more accurately, a HALEU bank—could provide a mechanism to meet the needs of reactor developers for an assured source of fuel, while addressing the needs of potential fuel producers for a commitment sufficient to support capital investment in production. A bank could commit to purchase a quantity of HALEU over time that would be targeted to meet reasonable potential requirements of an advanced reactor fleet and adequate to satisfy the economics of a HALEU supply chain. The commitments could be made on the basis of a request for proposal—or other solicitation process—designed to provide price discipline to the acquisition. Payments to the HALEU producers would be made on delivery of the output to the bank—limiting the bank’s exposure to cost and operational risks the producers should control—but allowing producers to be paid based on their production timeline and reducing their exposure to timing risk associated with the uncertain deployment of new reactor technologies.

Once the volume and price targets are known, the bank could offer subscriptions for the available HALEU to reactor developers, which would provide the assurance of fuel availability at a known price to support potential reactor sales and financing. The bank would likely want a deposit and purchase commitment, or some form of security, to ensure that developers and their customers have a reasonable degree of confidence in their volume and timing requirements; however, full payment for the HALEU fuel would occur at the time of delivery, avoiding further demands on the financial resources of reactor projects. The bank, with a low cost of capital, would manage the timing differences between production and the delivery to operating reactors.

The bank could be designed to self-extinguish after its initial quantities are sold off, or it could remain in operation for a designated period of time to preserve liquidity in the HALEU supply. In either case, the funds used for the initial capitalization of the bank would ultimately be returned to the US government.

The public interest would be protected

It is likely that a HALEU bank would need to be funded initially by the US government, perhaps through the Department of Energy, to catalyze the production of HALEU and support the development of advanced reactors. Such funding would be consistent with DOE’s other support for advanced nuclear energy technologies, including the Advanced Reactor Development Program. But the government’s risks associated with capitalizing the bank would be limited.

Funding for the bank would not be in the form of a grant. The bank’s funds would not be committed until fuel was delivered, limiting the risk of acquisition. The initial outlay would be recovered through future sales of HALEU. While some of the subscriptions ultimately might not convert into purchases by reactor operators, the bank would be reasonably protected from being left with HALEU that it could be unable to sell.

First, even if the specific developers entering into initial subscriptions do not make purchases, the bank would have the flexibility to sell the unclaimed quantities to any advanced reactor operators. There are many developers pursuing designs that require HALEU, so even if a small number are ultimately successful, it is likely there will be plenty of demand for fuel that the bank would own. At government costs of capital, the additional cost of selling the HALEU on a longer-than-planned schedule is low, and some contingency for extended timing could be factored into the purchase price.

Second, there is ongoing demand for HALEU to fuel research reactors. That demand is currently being satisfied by short-term solutions, but there is not an existing long-term solution. Even if demand from advanced reactors never develops—which would be a surprising scenario—the HALEU in the bank could be used for research reactor requirements over time.

Lack of a long-term, reliable source of HALEU fuel represents a critical risk to the deployment of advanced reactors, which could be a key source of carbon-free electricity in the future. However, a HALEU fuel bank could resolve the conundrum facing advanced reactor developers and potential HALEU fuel suppliers by supporting the production of HALEU for advanced reactors and resolving the uncertainty faced by reactor developers and their potential customers and sources of financing. A bank would require initial capitalization, likely from the US government, but would ultimately return the funds. The risk to the initial capital would be limited since demand for the fuel would develop if any of the relevant reactor technologies is successful, and even if none of them comes to fruition, demand for HALEU could be supported by future requirements from research reactors. Such a bank merits serious consideration as part of the Department of Energy’s overall effort to support the development of advanced nuclear power.

Over the past five years, the United States has made meaningful progress in the development of advanced nuclear reactor designs critical to keeping the country on the cutting edge of nuclear technology. These positive trends signal a growing need for the Department of Energy to address a key challenge that many reactor developers face as they move toward deployment: the lack of a reliable source of high-assay low-enriched uranium fuel.