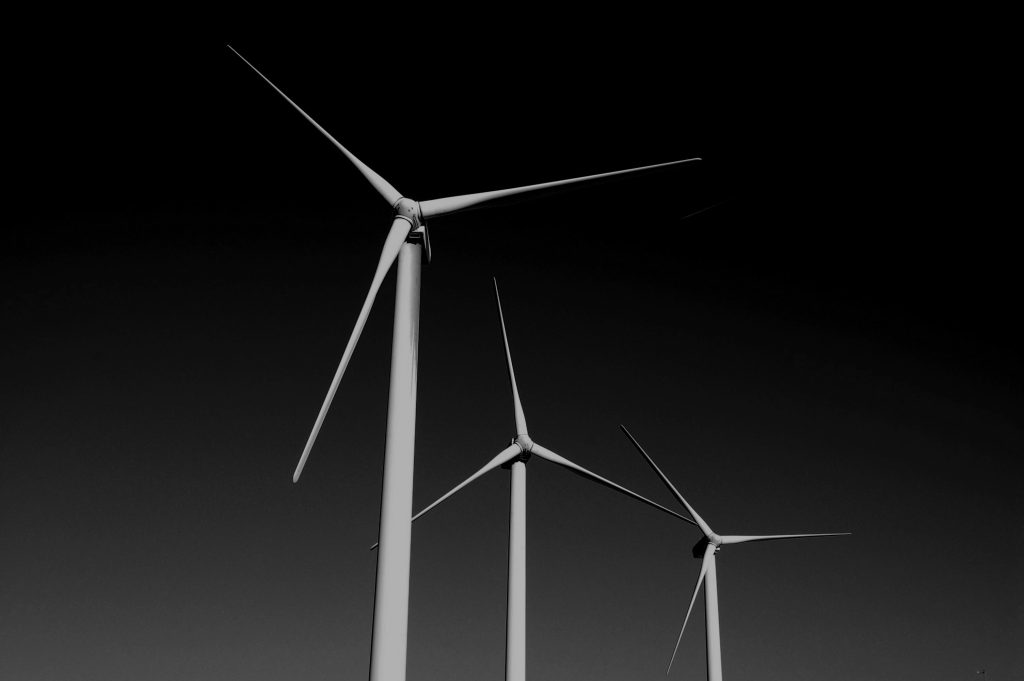 The bombshell Inflation Reduction Act primes the United States for an unprecedented clean energy transformation and demonstrates to international partners a serious commitment to climate action. Though certain compromises had to be struck on oil and gas leasing, the act still creates the incentives necessary for scaled clean energy deployment that brings the US economy along with it.

Of particular significance was the inclusion of production tax credit (PTC) provisions for several clean electricity sources. Among them are new PTCs for solar, geothermal, and existing nuclear; an extension of the wind PTC; and a new, technology-agnostic clean electricity PTC which gives credit eligibility to any carbon-free or carbon-negative generating station—when accounting for sequestered carbon—and unifies several other technology-specific PTCs after their expiration, entering effect at the end of 2024.

But these credits leave a key disconnect unaddressed: in the US electricity sector, clean energy deployment is not synonymous with carbon mitigation. To close this gap, additional legislation is needed to mandate the non-proprietary modeling of data on marginal emissions and, eventually, to craft credits that tie a facility’s tax liability to its actual carbon mitigation value and amplify the impact of a traditional kilowatt-hours-based PTC.

Ultimately, the carbon mitigation value of a clean electricity asset depends on the capacity, flexibility, and generation profile of the grid. Two identical renewable resources can displace vastly different amounts of carbon if one comes online on a grid with high existing renewable penetration and curtailment while the other enters service on a hydrocarbon-heavy grid. The latter will have plenty of room to decarbonize electricity supply, while the former will find its impact heavily constrained. And even on individual grid subsections, carbon displacement varies significantly from node to node.

The various PTCs in the act ease this concern somewhat, incentivizing siting on grids with low levels of renewable curtailment or in higher-penetration states and regions that compensate producers for the lost generation-hours and pay out the commensurate credit amount. But they cannot make up for the weaknesses of the grid planning process itself.

Barriers between deployment and mitigation

There are already 1,300 gigawatts’ worth of solar, wind, and battery capacity in US interconnection queues. Though many of these projects are speculative ventures that essentially secure developers’ place in line, the buildout of even a fraction of this capacity would approach the 39 percent share of the US’ electricity mix held by renewables and nuclear in 2021.

Evidently, developers are already responding to clean energy incentives and economics in massive numbers. But the interconnection process is tortuous and backlogged due to a multitude of procedural deficiencies; carbon-free electricity projects have to wait an average of three and a half years before connecting to the grid.

Unfortunately, despite recent reforms by the Federal Energy Regulatory Commission (FERC), a queue-clearing miracle looks unlikely, meaning that clean electricity projects will come online in more of a modest stream than a raging deluge. With this in mind, policymakers should look to maximize the clean electricity projects that actually might start generating power in the short term by incentivizing carbon displacement.

The country’s transmission woes further aggravate the issue. Discrepancies in transmission access and quality often mean that otherwise equivalent clean generation assets have drastically different carbon mitigation value depending on their location. And new transmission projects, which remain politically unpopular and did not receive a dedicated ITC in the act, are difficult to execute, even after the broadening of FERC’s transmission siting authority under the previously passed Infrastructure Investment and Jobs Act. There is a cost balance to keep in mind, too; better and longer-range transmission could lessen the $6.1 billion in congestion costs that grid operators passed down to consumers in 2019, but several utilities include the “construction work in progress” costs of their transmission projects in their rate bases, which increases consumer energy bills as well.

The US does not need more renewable projects that ignore emissions-related siting considerations, exacerbate interconnection backlogs, and strain an ill-equipped grid. It needs tools that enable the clear assessment of the actual carbon mitigation value of carbon-free electricity assets. And it needs policy mechanisms that use these tools to guide investment decisions and move closer to a one-to-one relationship between clean electricity deployment and carbon displacement.

Marginal emissions should be the cornerstone of this effort. Also called avoided or displaced emissions, this metric measures the emissions produced by the generators that would have been providing power if not for the electricity from a particular clean energy resource at a particular time. Higher marginal emissions mean more potential for carbon mitigation. Measuring marginal emissions would allow buyers, investors, planners, and policymakers to grasp the real carbon mitigation value of that clean energy resource beyond its output, with the understanding that the point of clean electricity is to reduce grid emissions rather than to cast carbon-free generation-hours into the void.

There is already useful data out there for calculating marginal emissions. The Environmental Protection Agency (EPA), through its Clean Air Markets Program Data and eGRID initiatives, scrapes and publishes emissions data for every electricity generating unit in the US. And data that helps identify the generators providing power to any given node at any given time exists in various forms as well: the PJM regional transmission organization (RTO), which operates transmission systems in thirteen eastern states and the District of Columbia, has been collecting marginal emissions data at load nodes for a year and a half; the Electric Reliability Council of Texas (ERCOT) publishes generation schedules that indicate which generators provide power when; and data on locational marginal prices (LMPs) has shown when an energy source is least-cost and likely providing power.

The act’s clean electricity PTC puts another important piece in place by requiring annual publication of general emissions rates for various energy sources, which would be used to certify credit eligibility and are also a key piece in the calculation of marginal emissions rates. But the act failed to fully reflect the fact that the clean energy sources that will undergird the electricity sector of the future are highly variable, sometimes at a minute-to-minute level. Federal climate legislation can do so, first and foremost, by calling on the EPA and the Department of Energy to develop rigorous, standardized, non-proprietary methods to cull and analyze marginal emissions data that will better illuminate emissions dynamics on renewables-heavy grids. It should also direct FERC to create standards for grid operators to harvest temporally granular marginal emissions data at generation nodes using these methods, and it should mandate their adoption by RTOs, independent system operators (ISOs), and transmission owners across the country.

Once such initiatives are up and running, Congress should consider amending the PTCs in the act to include a scaled or tiered credit adjustment based on carbon mitigation, measured in kilograms of CO2 equivalent per kilowatt-hour. Clean energy generating units could then claim a higher credit amount based on their actual carbon displacement impact. This adjustment could be further fitted to individual grids using an overall carbon intensity factor.

Not only would this incentivize smarter, higher-impact siting of future projects, but it would also incentivize developers of already proposed projects to pick up more of the interconnection and grid upgrade tab, since higher grid quality increases marginal emissions. In conjunction with the inclusion of interconnection costs in the clean electricity ITC, this incentive would be a major boon for grid planners hacking their way through interminable interconnection queues; grid upgrade cost allocation has to this point been an irreconcilable point of contention between developers and transmission owners, stymieing the approval and rollout of carbon-free sources. Such an adjustment might even prove to be a tailwind for private investment in onsite and grid-scale energy storage.

The Inflation Reduction Act goes a long way towards getting the economics of the energy transition right. It will make clean electricity cheaper, and it will generate strong demand signals for key technologies. But a highly variable electricity sector staring down systemic and politically thorny limitations will cause prevailing assumptions about capacity and the value of generation to bend and potentially break. Congress needs to rethink its laser focus on clean energy deployment and create stronger methodologies and incentives for carbon mitigation so that capital can flow to the grids and nodes that really need it.

Ameya Hadap is a program assistant at the Atlantic Council Global Energy Center.

The balance President Biden needed: How the IRA achieves a durable energy and climate policy

The Biden administration and the Democratic Party stand to benefit greatly from the passage of the IRA. The bill’s balanced approach to clean energy deployment and support for the US oil and gas sector makes it a political winner.