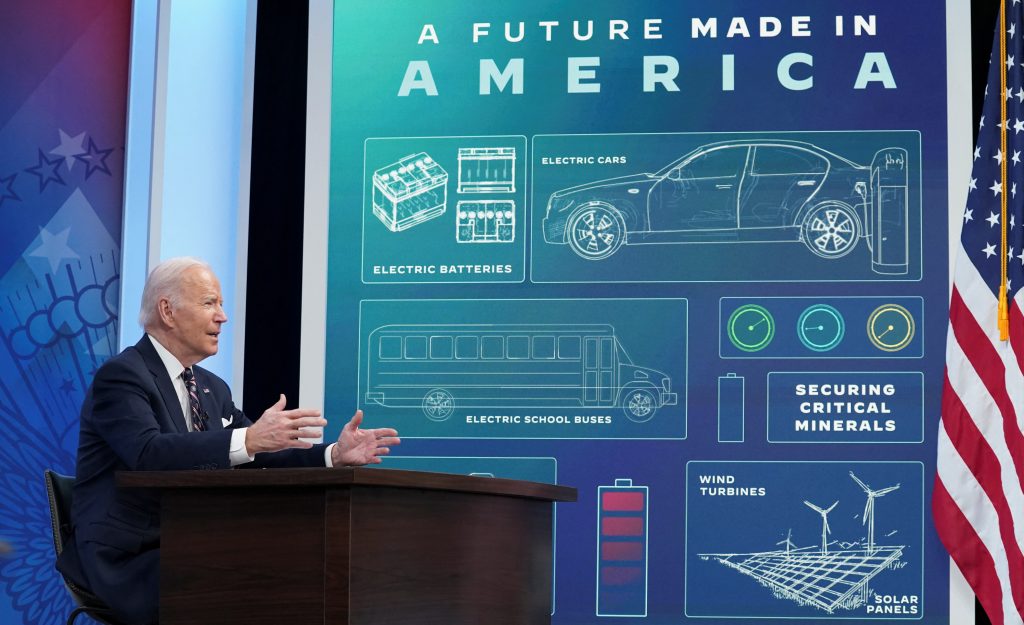 In a net-zero world, the market for batteries grows massively from current levels and could become one of the defining growth industries of the 21st century. As intermittent renewable energy resources such as wind and solar compose an increasingly higher percentage of the electricity mix, energy storage solutions to provide sufficient supply of electricity during periods of lower solar and wind production will be essential.

As the technology with roughly 90 percent of current market share for grid-level battery storage, and the entire market for electric vehicles, demand for lithium-ion batteries is poised for particularly remarkable expansion. Logically, global demand for lithium itself—a critical mineral which is highly concentrated across the extraction and processing segments of the value chain—will surge as a result. In fact, according to the International Energy Agency (IEA), demand for the mineral is projected to grow by a staggering forty-two times from 2020 to 2040 under a Paris Agreement-compliant climate scenario, and a potentially higher rate under the IEA’s Net Zero by 2050 scenario. Global underinvestment in lithium supply may contribute to a widening shortage of lithium carbonate-equivalent by the year 2030, a gap which will require $42 billion of new investment to close, according to BloombergNEF.

However, lithium-ion batteries are not the only option, particularly for grid-scale energy storage solutions. In fact, there are a suite of alternative battery technologies (otherwise known as “chemistries”) which can alleviate the monumental risks to security of supply which confront the lithium-ion battery industry by utilizing minerals and metals not utilized in lithium-ion batteries and unfettered by the same supply constraints.

There are numerous battery chemistries available or in the demonstration stage—in the realm of flow batteries alone, there is nearly one flow battery for every element in the periodic table. The Global Energy Center’s report, “Alternative Battery Chemistries and Clean Energy Supply Chains,” unpacks several alternatives of particular interest and growing technological and commercial maturity: liquid-metal, sodium-ion, sodium-sulfur, and zinc-ion batteries.

Alternative battery chemistries are not a panacea to the supply issues which currently hamper the lithium-ion battery value chain. Each alternative carries its own suite of tradeoffs. In the report, each chemistry is assessed over three overarching characteristics: performance, price and competitiveness (across all stages of the value chain), and supply security. Through this lens, a diversity of market niches emerges for individual battery chemistries.

While alternatives to lithium-ion batteries cannot generally compete with the energy density of the lithium-ion chemistry, this ultimately may not matter for energy storage applications. Although in an electric vehicle, weight and volume come with a premium, the same is not universally true for grid storage. With a slightly larger grid storage battery, the same amount of energy as a lithium-ion battery can be stored in a larger liquid metal or sodium-ion counterpart, potentially for less money in capital expenditure, and with much less supply risk. In this sense, the economy of scale for lithium-ion battery technologies may even benefit alternative battery technologies. As the electric-vehicle value chain absorbs market capacity for lithium-ion, paying a premium for the technology’s energy density, versatile alternative battery chemistries may be able to provide value on the grid.

For energy storage applications, there is no question that lithium-ion is the sports car. Its status as the lightest metal, along with its electrochemical desire to shed electrons, make it the king of battery metals, unlikely to be usurped. However, in a mature battery market, there is also going to be room for a four-door coupe.

As is the case for all emerging technologies, investment in these alternative battery chemistries will be the key to their ability to fill niches as they emerge. As the energy storage ecosystem evolves, the magnitude of its growth will begin to make the case for this investment. The California grid operator CAISO now says that batteries comprise 6 percent of the state’s maximum on-peak capacity, compared to 0.1 percent in 2017. This constitutes a sixty-fold increase in market size in five years. In Texas, on-grid battery capacity is set to more than triple from current levels by June 2023 from 2,300 megawatts (MW) to 7,000 MW. The Inflation Reduction Act’s provision creating an investment tax credit for standalone energy storage systems will only accelerate the energy storage sector’s growth.

Therefore, policymakers should consider several areas for action to ensure that markets are best positioned to allow alternative battery technologies to reach full commercial deployment, in a manner which is technology-agnostic.

Firstly, the national RD&D enterprise needs to step up existing support for alternative battery innovation efforts. While many technologies are market-ready, other technologies still face technological risk. This will involve amplifying efforts such as the National Science Foundation’s funding for sodium battery research and research already being conducted on next-generation batteries in US national labs.

Secondly, the United States and governments worldwide must undertake a strategic shift on minerals security policy. Policymakers should consider developing incentive structures which incentivize utilization of battery material inputs which are more abundant or “de-risked” in comparison to lithium or other critical minerals such as cobalt and nickel. The Inflation Reduction Act attempts to make its mark on the resiliency of energy storage supply chains primarily by incentivizing mineral sourcing from friendly nations. As an alternative, policymakers should consider incentives that reward the use of materials which are not supply-constrained, as opposed to sourcing materials from specific geographies. This will accelerate the process by which alternative battery chemistry value chains will achieve scale and could provide a demand pull for materials which are abundant in existing supply chains.

Thirdly, policymakers should seize upon existing international partnerships such as the Minerals Security Partnership and expand their scope to include battery technology diversification as a means of alleviating supply risk. In both previous US presidential administrations, the national security imperative to act on critical minerals has heightened. However, the scope must be widened to include how methods to substitute for critical minerals can contribute to global partnerships for supply-chain assurance.

Lithium-ion batteries will be crucial to the success of the energy transition and are likely to remain irreplaceable for many electric vehicle applications. Nonetheless, an all-of-the-above approach is likely to be increasingly salient to energy storage solutions going forward, particularly for grid storage solutions. The above considerations may enable policymakers to get ahead of markets and provide the conditions necessary for alternative battery chemistries to carve their niche on the grid.

In an ecosystem of growth for batteries for grid storage and electric vehicle applications, alternatives to the lithium-ion battery chemistry may play an increasing role in alleviating supply chain woes and enabling deep decarbonization.