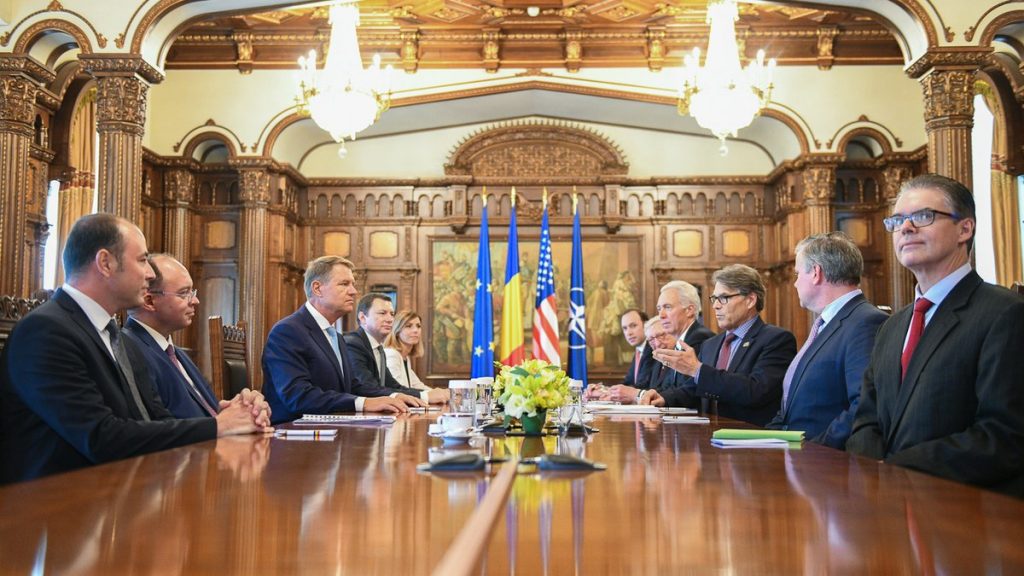 On September 17, 2018, the leaders of the twelve member countries of the Three Seas Initiative (3SI) will gather in Bucharest for the third Three Seas Summit, in the hopes of achieving concrete progress on some of the initiative’s projects.

Launched in 2016 by the countries bordering the Adriatic, the Baltic, and the Black Seas, the Three Seas Initiative is an exceptional effort to increase interconnectivity in the fields of energy, transport, and digitalization. With the support of the European Union, the initiative aims to deepen integration among the twelve countries to strengthen economic competitiveness of the Central and Eastern European region.

This year, the main objective of the Three Seas Initiative is to foster concrete progress on developing the infrastructure needed for interconnectivity projects, specifically in transportation, digital technology, and energy. Historically, more effort was made to link the eastern and western parts of Europe, whereas attention has now turned to establishing functional North-South connections. These connections are not just a concept, but rather a goal to be realized through infrastructure, economic integration, and interconnectivity.

The 2017 Three Seas Summit in Warsaw included the participation of US President Donald Trump, who expressed his support for the initiative’s efforts, particularly regarding energy infrastructure. His attendance helped the Initiative gain greater international stature, bringing it into the spotlight. This year, US Secretary of Energy Rick Perry will attend the 2018 Summit to reinforce US engagement in the region and support for the countries’ economic, national, and energy security.

Among the major priorities, energy has economic and strategic significance for both the Central and Eastern European region and the United States. The aim of many planned and completed energy projects is to eliminate some countries’ dependence on Russian gas and contribute to the diversification of gas supply in Central and Eastern Europe. A possible North–South energy corridor stretching from the Baltic states to Croatia, knitting together the region, would relieve many member states of their sole reliance on Russian gas.

Certain components of the corridor already exist, such as the two-way Hungarian-Slovakian gas connection (2015) and the Polish LNG terminal on the Baltic coast, which is an essential part of this key link. This year, the Świnoujście terminal received its first LNG shipment from the United States, forging a long-lasting business relationship between the nations. In the future, the plan is for the Polish terminal to be connected with the long-awaited Croatian terminal in Krk, another project within the 3SI framework and another opportunity to import liquified natural gas (LNG) and ship it across Europe. However, the Krk project has been postponed for many years due to lack of funding. While a large part of the investment is covered by European Union funds, as well as a public-private partnership and loan, more investment is still needed and other obstacles must be solved.

The planned KRK terminal capacity is roughly 2.4 billion cubic meters (bcm) of gas per year, capacity which should be booked up in advance, in order to pique investors’ interest and enable construction. While some harbor doubts about the project, there is also strong optimism about future prospects for the KRK terminal, and Croatia, currently in negotiations with Hungary about concluding a long-term agreement, could bring the project to a decisive turning point by providing a final boost to complete funding and start construction. It would be a significant, strategic step forward. Croatian LNG, transiting Hungary, could reach the heart of the region and beyond, providing energy diversification and security of supply in Central and Eastern Europe. The Three Seas plan offers the potential for regional gas deliveries through the Polish and Croatian terminals, which, if the price is right, could align with US LNG exports.

In addition, the United States could play a substantial role in dramatically reducing the region’s dependence on pipeline-delivered gas with its LNG exports. This could have a major impact on certain countries’ energy strategies, but this would depend on LNG prices. It is  worth mentioning that US liquified natural gas is comparatively expensive vis-à-vis pipeline gas, while European import terminals are below capacity as US LNG heads largely to Asia and South America.

Another source that could further decrease dependence on Russian gas is Romania’s Black Sea gas, extracted with American involvement. Potential Black Sea gas resources are estimated at over 200 billion cubic meters. Successful production could bring Romania to the forefront of European gas producers, as well as reinforce regional cooperation and interconnection and bolster security of supply in the region, key objectives of the EU’s Energy Union.

There are both internal and external drivers pushing for more regional integration, meaning the development of the region is in the interest of many. The great powers consider the Three Seas Initiative as an economic entryway into Central and Eastern Europe, putting it in a difficult position. In any case, the 3SI must direct its attention to its actual goals, since there is an urgent need to overcome challenges and raise the financial resources necessary for increasing interconnection, as well.

The Bucharest Summit is a critically important milestone, where a willingness on the part of member countries to make concrete decisions and the promise of European funds, along with investment from member countries and the private sector, will be the keys to success in bringing cross-border and priority interconnection projects to life. This stage lends itself to fine-tuning existing cooperation, supported by the establishment of a Business Council to connect the economic chambers of the Three Seas countries and different business entities.

Given the stakes, the expectations are high and results-oriented, with a focus on moving toward project implementation. It is necessary to move the Initiative towards the development stage and deliver tangible results, including concrete commitments and progress on strategic projects in the transport, energy, and digital fields. Decisions must be made to enhance economic cooperation, especially through the realization of projects and programs of cross-border cooperation. The driving forces behind the Initiative remain the consolidation of sustainable economic development, strengthening EU and transatlantic relations, and the special opportunity for the constructive cooperation between the participating states and the United States.

Fanni Virág is an atlanticist fellow with the Future Europe Initiative at the Atlantic Council.