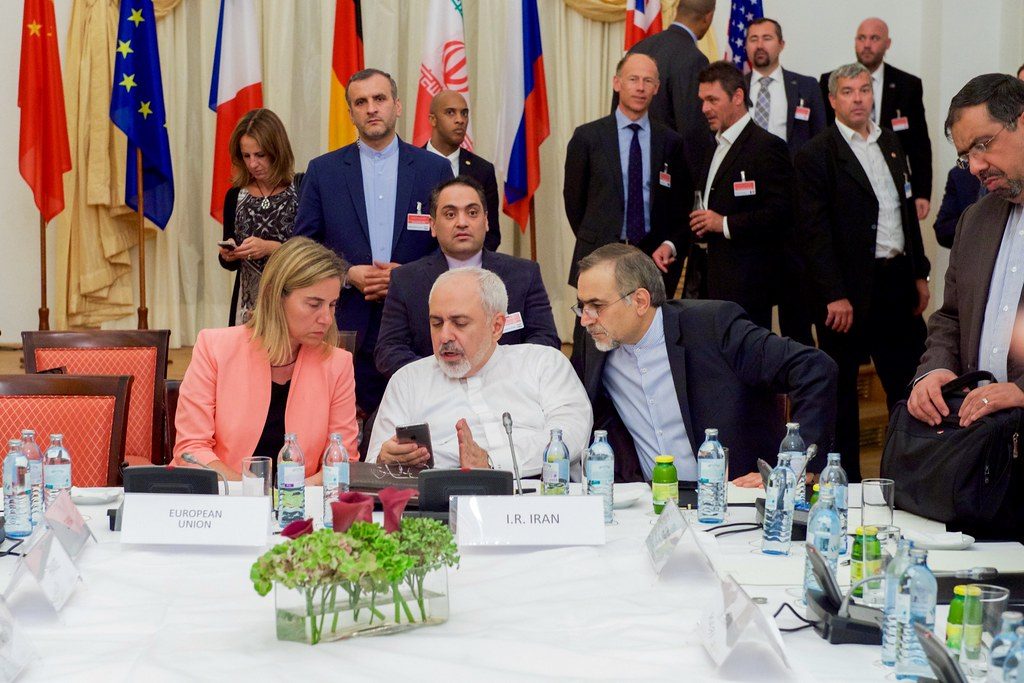 In the immediate aftermath of the September 14 Aramco attacks, many governments and analysts blamed Iran, stating that Tehran was either directly or indirectly behind the assaults on the Saudi oil facilities. These allegations were made despite Yemen’s Houthi rebels taking responsibility.

The timing of the attacks was precarious given that the incident happened ahead of the annual United Nations General Assembly (UNGA) in New York amidst rumors of a possible meeting between US President Donald Trump and Iranian President Hassan Rouhani.

An array of answers explain why the Islamic Republic would take such a large risk in carrying out the attacks, which consist of the following: Iran wanted to test its key regional adversary, Saudi Arabia; and Iran wanted to jolt global energy markets because even the smallest jump in price per barrel makes a difference. It’s worth noting that the Aramco attacks fall within Tehran’s historical behavior of a counter-attack where the Islamic Republic retaliates against its neighbor(s) or the international community when one or more has harmed or otherwise cornered the country. This counter-attack posture enables Iran to say that it is not the aggressor in particular situations, and it even constitutes the basis of its forward defense posture.

While these arguments are largely correct, a more accurate assessment acknowledges that Tehran did not and does not believe that there has been or in the near future will be a significant, tangible policy change in the Trump administration. This means that Trump will make no change to his current “maximum pressure policy” and its concomitant sanctions regime. That is a non-starter for Tehran. In turn, the Islamic Republic does not see the Aramco attacks as costing them a new Joint Comprehensive Plan of Action (JCPOA) or the easing of US sanctions because they did not see either of those as a viable possibility. Thus, the Iranians figured they had little to lose via the attacks.

Understanding that there would be no significant change to Trump’s Iran policy and Iran’s more recent responses to that fact more readily shows that the Aramco attacks—from Tehran’s perspective—were about sending several messages.

The Iranians made very clear, for months, that they had no intention of meeting with President Trump at UNGA without a delivered change on sanctions. When Japanese Prime Minister Shinzo Abe arrived in Tehran in June at the behest of Trump without even an idea of a proposal, Iran allegedly attacked a Japanese oil tanker in the Persian Gulf in order to show their displeasure.

When France floated the idea of Iran selling oil, Tehran sent Iranian Foreign Minister Mohammad Javad Zarif to the sidelines of the G-7 in Barritz, France to discuss. Zarif went out of his way and made French President Emmanuel Macron leave the G-7 venue to meet in the city mayor’s office in order to avoid any possibility of an “accidental meeting” with Trump. Macron offered Iran a $15 billion “line of credit”—Iran’s equivalent of one year’s worth of oil sales to Europe. But Macron insisted that Europe would need American approval, and Trump refused to give waivers for the line of credit.

When Trump allegedly threatened Zarif with sanctions if they did not meet at the White House, Zarif did not take the meeting. The White House then sanctioned the Iranian foreign minister.

Through these and other actions, Tehran has made it abundantly clear that no meeting will occur until and unless Trump restores or replaces the JCPOA with something akin to it or the “permanent sanctions ban; permanent nuclear ban” concept. Granted, this last sentence contains Tehran’s maximalist positions—and they are the kind adopted generally in approaching negotiating tactics—but what they make evident is that the Iranians do not intend to participate in any new negotiations without delivery of some benefits related to the old deal. As Iranian President Rouhani stated in his UNGA speech on September 25, “A memorial photo is the last step of negotiation[s], not the first one.”

Thus, the Iranians sought to deliver four messages through the Aramco attacks. First, and foremost, Europe must get tangibly involved and demonstrably invested in maintaining the JCPOA and delivering its promised economic benefits to Iran. The Iranians have long been frustrated with the Europeans and their refusal to do anything substantive. Tehran believes that Europe can defy secondary sanctions or insist on waivers but refuse to do so out of weakness or the desire to continue as a “free-rider”—gaining something for nothing. Tehran wants Europe invested, politically and economically, or face the consequences of their approach. The Aramco attacks were designed to occur before UNGA to push the Europeans to take steadfast action in New York. And, Macron did exactly this in New York when he put together a three-way phone call between himself, Trump, and Rouhani—until the Iranian president backed out.

Second, the Iranians want to deliver the message that the Trump administration’s “maximum pressure policy” is not working. The purpose of a sanctions regime is to change a state’s behavior or bring said state to the negotiating table to then work on changing its behavior. Iran demonstrates through these attacks that it is neither at or near the negotiating table nor is it changing its behavior.

Third, because of the first and second reasons, Iran wants the Saudis to re-think their approach to Tehran and the broader region. Tehran understands that the Emiratis undertook a cost assessment on likely damages should a war break out, and they found that on the first day the United Arab Emirates may lose $1 trillion. The Emiratis have since altered their public statements on Iran and, hedging their bets, are engaged with the Iranians. The interactions do not mean friendship or that the Emiratis and Iranians like or trust one another; rather, it means they are engaged in a dialogue. Tehran wants a similar change in tone and tenor from Riyadh. The Aramco attacks send a forceful and direct message from Tehran to Riyadh that the latter should also re-think its approach with Iran. Based off of Crown Prince Mohammed bin Salman’s recent comments to CBS’ 60 Minutes as well as diplomatic overtures, this is exactly what is happening.

Fourth, because Europe lacks will and Iran has it, Tehran’s neighbors as well as the international community should understand that Tehran is not afraid of a fight. Iran does not want war, but the country will not be the only one to suffer the consequences of the United States’ unilateral withdrawal from the JCPOA. A war can break out over sanctions; therefore, at minimum—like the Emiratis—all parties should re-think their approach.

Tehran believed it had nothing to lose with the Aramco attacks. Europe and the US refuse to honor an agreement. They force the rest of the international community to go along. And, the Islamic Republic refuses to succumb to a new, unknown deal when the last one has not been honored. The Iranians wanted to be pro-active: they wanted to show an ability to strike back but also to change the conversation. In Tehran, they believe, now—having shown the world what is at stake for everyone—diplomacy may be a viable option.

Neda Bolourchi is a post-doctoral assistant professor at Rutgers University. Her forthcoming book focuses on “speaking and acting religiously” in nationalistic terms in pre-revolutionary Iran. Her work has appeared in a number of publications including the Journal of the American Academy of Religion, Religion and Contemporary Politics, The Islamic Monthly, the Iranian Studies Journal, Praeger Security International, and a variety of Jane’s publications.

By Mehran Haghirian and Luciano Zaccara

Since President Hassan Rouhani’s election in 2013, Iran has proposed the establishment of a regional dialogue forum at various international conferences, through articles in numerous platforms, and within official statements.

The attack on the Aramco facility illustrated the latest salvo in a dangerous new normal that has come about in the Middle East: a constant widening and deepening of the conflict between an Iranian-led axis and the United States and its allies.