In recent weeks, statements by current and former Israeli officials on the need to prepare for a military strike on Iran’s nuclear facilities have intensified. The need is clear for Israel to deter Iran, force it to stop its nuclear advancement, and signal to the Joe Biden administration the importance of taking practical steps to halt Iran’s nuclear progress.

However, besides the operational challenges in executing such a military attack, especially given Iranian forces’ buildup of surface-to-air units—based mainly on the Russian S-300 and indigenous made systems like the BAVAR 373 and the 3rd of Khordad—there are other more strategic challenges facing Israel.

Unlike Iraq and Syria, which had nuclear programs that relied on single nuclear reactors that Israel destroyed in 1981 and 2007, respectively, the Iranian program is based on two highly-protected and decentralized enrichment facilities. Moreover, while the nuclear infrastructure of Iraq was built by France and Syria’s was built by North Korea, Iran has been able over the years—after initial help from Pakistani nuclear scientist A.Q. Khan— to build a program based on the knowledge of Iranian nuclear scientists. In other words, even if Iran’s nuclear sites are destroyed, indigenous nuclear know-how will enable Iranian scientists to rebuild the nuclear program quickly.

Additionally, contrary to the Israeli attacks on the Iraqi and Syrian nuclear programs, which prompted no response, Iran and its regional proxies would respond to an attack on Iran. In other words, the $1.5 billion given to the Israeli Defense Forces in preparation for a possible military strike on Iran are only the beginning of Israel’s costs, as a response by the “axis of resistance” would have astronomical consequences for the state of Israel.

The conclusion is that, unlike previous Israeli attacks on nuclear facilities, an attack on Iranian nuclear facilities isn’t only about the ability to hit the heavily-fortified sites and absorb a one-time Iranian response. It is also about waging a difficult—perhaps unbearable—campaign against other components of the axis of resistance, such as Lebanese militant group Hezbollah, which have significantly improved their capabilities in recent years.

It’s wrong to assume that Iran would claim plausible deniability if an airstrike took place and that it wouldn’t cast blame on Israel for such an attack, especially in the current hardline-dominated atmosphere following the election of Ebrahim Raisi in June, who already expresses a desire to respond to Israeli actions, such as sabotaging nuclear facilities and assassinating Iran’s top nuclear scientist, Mohsen Fakhrizadeh.

In other words, Israeli politicians are gambling on a military strike that, at most, would delay Iran’s nuclear program—rather than accelerating a further buildup of Iran’s nuclear power without international supervision and limitations—and also put Israel in a very difficult war on its northern front. Given the current tensions between Israel and Iran, statements that have no effect on Iran’s strategy are only pushing the sides into an undesirable conflict.

Israel, of course, has a right to be concerned about a nuclear program in the hands of a country that openly calls for its destruction, but it has to be realistic as well. The military option should remain for a situation in which Iran decides to officially develop a nuclear bomb. According to Israeli intelligence and even CIA Director William Burns, such a scenario isn’t on the table today for the Islamic Republic’s leadership.

So, what is the right thing to do? Israel must lead the fight against Iran from behind; that is, let the international community lead the campaign to prevent Iran from acquiring a nuclear bomb and focus on working with the Biden administration and other world powers to build a comprehensive strategy—for instance, a continuous tightening of the International Atomic Energy Agency (IAEA) inspections regime—that will ensure Iran’s nuclear program remains civilian in nature. This is especially important given that, according to Israel’s former military intelligence chief, Tamir Hayman, Iran is at least two years away from a bomb.

The bottom line is that even a successful attack on Iranian nuclear sites wouldn’t solve the problem. A strike would, at best, delay or push Iran to rebuild the program with international legitimacy. At worst, it could lead to a severe escalation whose price, in the view of Iranian proxies’ military capabilities, might be intolerable.

Finally, it is wrong for Israel to think it would have international support for such an action. The world, including the US, recognize—via the Joint Comprehensive Plan of Action (JCPOA) and United Nations Security Council Resolution 2231—that Iran can enrich uranium on its soil as long as it is monitored by the IAEA and is for peaceful purposes. Thus, the Israeli approach of “zero enrichment” is no longer realistic. As long as Iran doesn’t build a nuclear bomb and as long as these sites remain monitored, no country would support an Israeli attack—not even the United States.

Moreover, Israeli officials need to bear in mind that the mere threat of a military strike might also push the Biden administration back into the JCPOA—against US interests—since the United States likely fears that an Israeli attack on Iran and its outcome would force the United States to reset its plans to reduce its military presence in the Middle East. It is necessary to recognize the reality that there is no magic solution to Iran’s nuclear program, especially not through an attack, which might have been relevant a decade ago, when the program was less advanced.

For Israel, there are no good options, only bad ones. This resulted from adopting a failed Iran policy pushed by the Benjamin Netanyahu government and Donald Trump administration under false pretenses. Subsequently, Israel carried out the policy and other actions—e.g. sabotaging nuclear facilities and assassinating scientists—that only pushed Iran to move forward with its plans at a more rapid rate instead of delaying the country’s nuclear program.

Danny Citrinowicz served for twenty-five years in a variety of command positions units in Israel Defense Intelligence (IDI) including as the head of the Iran branch in the Research and Analysis Division (RAD) in the Israeli defense intelligence and as the division’s representative in the United States. Follow him on Twitter: @citrinowicz. 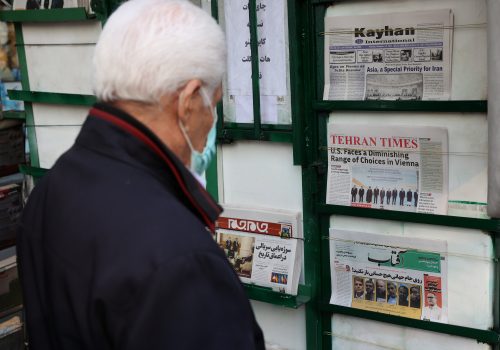 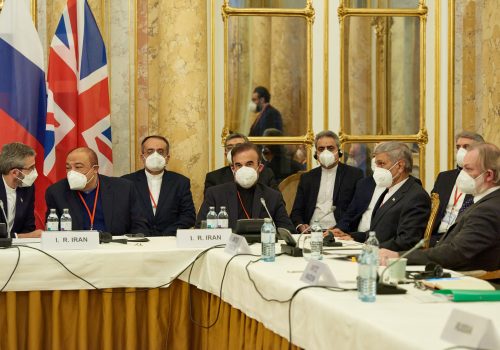