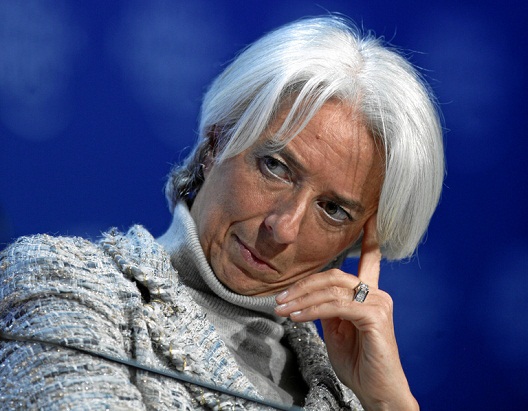 With the election of Abdel Fattah al-Sisi the prospects of an Egyptian agreement with the International Monetary Fund (IMF) for a program have brightened.

The discussions between Egypt and the IMF have been going on for nearly three years without striking a deal. The two sides came close to an agreement in June 2011 and then again in late 2012, but in both instances the Egyptian government backed away. Why will 2014 be different?

Essentially, there were two main reasons that prevented an agreement from being reached in the past. The first was that Egypt had sufficient external financing available, primarily from friendly Gulf Arab countries, and was not in need of an IMF loan. Furthermore, it was clear that successive governments since 2011 were not ready to implement the economic policies and reforms that a standard IMF program would require. The SCAF-led government argued that these types of reforms should be undertaken by an elected government, and the elected Morsi-government found political opposition to certain reforms, specifically increases in taxes, too strong to overcome. Following Morsi’s ouster in July, Prime Minister Hazem El-Beblawi’s government followed the SCAF line and pushed the decision on to the next elected government.

So what has changed? First of all, it is not obvious that the Gulf Arab countries will continue to open their checkbooks for Egypt. Recent reports that the United Arab Emirates (UAE) and Saudi Arabia are putting together a new $20 billion financial aid package is a welcome development, although it is unclear how long Gulf support will continue. In fact, the UAE has been openly saying that its support to Egypt is only temporary and the country will have to find other solutions.

Secondly, Egypt’s economy has steadily worsened over the past three years. Economic growth has averaged an anemic 2 percent per year, inflation has remained in the double-digits, unemployment has risen to over 13 percent, the budget deficit has reached 14 percent of GDP, and government debt is now over 90 percent of GDP. More critically, foreign exchange reserves have fallen substantially and now only amount to $18 billion from $35 billion at the end of 2010.

Thirdly, given the dire economic situation and the uncertainty about external financing, the Egyptian government has itself realized the need for austerity and economic reforms. President-elect Sisi has gone on record that all Egyptians will have to tighten their belts, and his election platform called for a reduction in the budget deficit to 8.5 percent of GDP and the public debt to 74.5 percent of GDP by 2017/2018. Specific policies to achieve these targets have not yet been spelled out, but there is no question that subsidies reform will have to be a critical part of the adjustment effort.

Reducing subsidies has been the third rail of Egyptian politics. The gradual replacement of the current generalized system with a targeted system based possibly on cash transfers to lower-income households now seems to be in the cards. Perhaps President-elect Sisi will be able to do what Hosni Mubarak, despite his total control of the political space, could not.

Finally, the IMF has sent strong signals that it will be flexible in the policies and reforms included in the program in Egypt. Christine Lagarde, Managing Director of the IMF, indicated the readiness of her institution to assist Egypt when the government asks for help. While she emphasized that subsidies reform has to be part of the program, there are indications that the IMF will allow this reform to be implemented gradually. Of course there will need to be fiscal austerity, but it is doubtful that the IMF will have any serious issue with the Egyptians own plan to cut the fiscal deficit from 14 percent of GDP to 8.5 percent over the next three years.

It would be advisable in the very early days of the Sisi regime for Egypt to send a message to its population and the international capital markets that it is serious about putting its economic house in order. What better way to do this than to start negotiations with the IMF for a program? Aside from the signaling aspect, the program would bring in at least $5-6 billion in IMF financing on very favorable terms. Moreover, there would be additional financing from the European Union and other international institutions whose funding has been conditional on Egypt having an IMF program.

Given there seems to be now a meeting of minds between the Egyptian policymakers and the IMF on the broad contours of a program, there is no value to waiting. Having the IMF’s “good housekeeping seal” would kick-start Egypt on a path of economic recovery and transformation.