Remarks in August by Turkey’s President, Recep Tayyip Erdogan, and his Foreign Minister, Mevlut Cavusoglu, about openness to diplomatic engagement with the Bashar al-Assad regime have made waves in an otherwise stagnant policy discussion on Syria.

Faced with angry reactions from opposition-aligned Syrians after media outlets forecasted looming normalization, Cavusoglu stressed on August 23 that a meeting with the Syrian president was not planned. According to the Turkish foreign minister, there are no preconditions for dialogue, yet Ankara’s security concerns need to be met and safe conditions for refugee returns guaranteed. Cavusoglu further underlined the importance of Syria’s “political integrity,” a notion in line with previous statements that emphasized the need for a negotiated political settlement as the only acceptable way to end the eleven-year-long conflict.

The following day, on August 24, Cavusoglu met with leading figures of Syria’s opposition to assure them of Turkey’s continued support and Ankara’s commitment to United Nations (UN) Security Council Resolution 2254. While the resolution’s stipulations of a political transition and free and fair elections are not even close in reach, the reference is diplomatic code for a political stance that won’t accept a return to Assad’s total dominance over Syrian politics.

It remains to be seen whether this sign of goodwill is enough to calm the mood in opposition-held areas of northern Syria, where the fear is great that Turkey might be selling them out. Considering Erdogan’s history of foreign policy U-turns, accusations of Turkey’s mismanagement of northern Syria, and growing anti-Syrian refugee sentiment at home, many fear that Ankara could abandon the Syrian cause and leave millions of Syrians to the mercy of the regime and its Russian and Iranian patrons.

However, a considered take suggests that, far from Ankara seeking a quick exit or caving into Damascus’ demands, Erdogan may have used his current strong position vis-à-vis Russia to push for a political understanding that would reduce his Syria liabilities and strengthen his international profile as a dealmaker. At the same time, the suggestion of openness to dialogue with Assad allows Erdogan to steal the thunder of the Turkish opposition that has, for years, demanded normalization with the Assad regime to send refugees back to Syria.

The series of eyebrow-raising statements by Cavusoglu were made after the last Sochi meeting in early August, when Turkey and Russia’s leaders met for a tête-à-tête. It can be assumed that Russian President Vladimir Putin, who urged the necessity of Turkish outreach to Assad, green-lighted Turkish President Erdogan’s new policy initiative on Syria. It is also conceivable that Putin decided that working with Turkey to settle the conflict in Syria is now necessary, given military pressures closer to home.

Seven years into a military adventure that was meant to be over in weeks and burdened with a war of attrition with the West in Ukraine, Putin may have come to regard Syria as a festering side-show that is better resolved bilaterally with a fellow strongman that he can do business with, and whose goodwill he now needs in light of Western efforts to isolate Russia diplomatically and economically. However, both Putin and Erdogan must surely appreciate that a comprehensive political settlement in Syria is not feasible at this stage, given the realities on the ground. Nevertheless, to safeguard their interests, an interim settlement that secures their respective spheres of influence is sorely needed, as the status quo of low-intensity conflict and economic hardship is not sustainable nor desirable for either party.

Against this background, it would make sense for Turkey to abandon its role as Assad’s sworn enemy and, instead, position itself as his potential partner in transitioning away from war. Although Cavusoglu said there are no preconditions for dialogue, he pointed out that dialogue must have a purpose.

A potential negotiation between Ankara and Damascus must work towards achieving tangible goals in line with Turkey’s core interests, namely defeating the People’s Protection Units (YPG), a refugee return, and a power-sharing agreement in Damascus. Progress on any of these three categories of issues carries a great deal of risk for Assad, who has spent the last decade avoiding serious negotiations on these issues. Moreover, signaling openness to dialogue doesn’t automatically mean that Turkey will normalize with the Syrian president. It also doesn’t mean that Turkey will drop the opposition. On the contrary, Turkey may now double down on the Syrian National Army (SNA), an umbrella for Turkish trained and equipped armed opposition groups, to turn it into something that can be integrated into any future security architecture that may be needed to guarantee the safety of returning refugees and safeguard Turkish interests with regards to border security.

The reality is that Assad cannot deliver on any of Turkey’s demands, be it the defeat of the YPG, which will require him to take on the US military, the creation of a conducive environment for refugee returns in accordance with international standards, or sharing power with the opposition, which will mean the end of his regime. Assad’s strategy is to play for time in the hope that the slow-motion normalization that has been going on in the past few years picks up pace and overtakes Russia’s and Turkey’s attempts to come to an understanding that will further erode his power.

This means that three years after Erdogan famously presented his vision of a safe zone in northern Syria at the UN General Assembly in 2019, boots on the ground still appear the most realistic means for Turkey to secure its immediate interests: security on its southern border and return of refugees, however voluntary or moral. Diplomatic gestures aside, Erdogan knows very well that only physical possession of real estate will guarantee Turkey’s interests in any comprehensive negotiated solution between the main external stakeholders on Syria’s future. He is unlikely to give away his leverage that easily.

The real motive behind Turkey’s offer of dialogue with Damascus might be to simply hash out a diplomatic understanding that consolidates Syria’s de facto division in a face-saving manner for Assad. If it leads to increased cross-line trade with regime areas and pressures the Syrian Democratic Forces (SDF) to pick a side, all the better. Given that talk about normalization threatens the US’s entire Syria strategy in regard to ostracizing Assad, Erdogan might also try to use the public debate he has ignited to force the US into serious negotiations about the future of Syria’s north and east.

Washington’s selective sanctions waiver on northern and eastern Syria indicates that it has already recognized Syria’s de facto division. Integrating the north and east into a more comprehensive security and economic understanding with the northwest constitutes a considerable perspective for the United States to avoid being isolated by the guarantors of the trilateral Astana process between Russia, Turkey, and Iran, and for Ankara to ensure the economic viability of its safe zone. The terms for such convergence have yet to be hammered out, but ultimately Washington, like Moscow, needs Ankara to shore up its core interests in Syria.

If diplomacy fails, the military option is always on the table, as Erdogan reiterated in a speech on August 25. But, for now, the Turkish president can appease his electoral base, slow-cook prospects for an interim settlement that consolidates his country’s control over northern Syria and, at the same time, create enough wiggle room to achieve a convenient understanding with Putin should he decide to re-visit the military option in the run-up to the crucial presidential elections next year. There is all to play for in Syria but cutting and running is not on the cards. 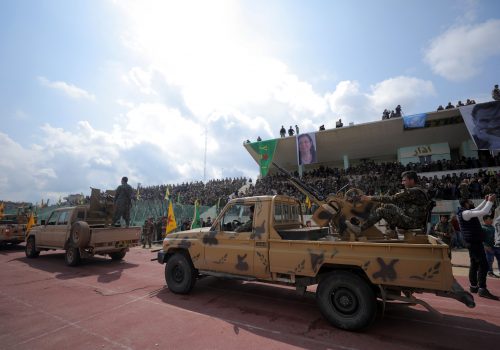 The Gordian knot of Kurdish unity talks in Syria

On September 20, US Special Envoy for Syria James Jeffrey visited northeast Syria for a meeting with delegations of the Kurdish National Council (KNC), the Democratic Union Party (PYD), and allied Kurdish parties who have been engaging in so-called unity talks since November 2019. 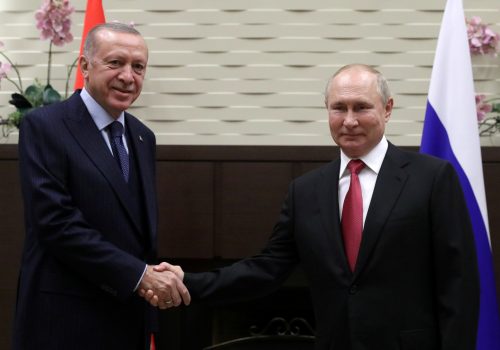 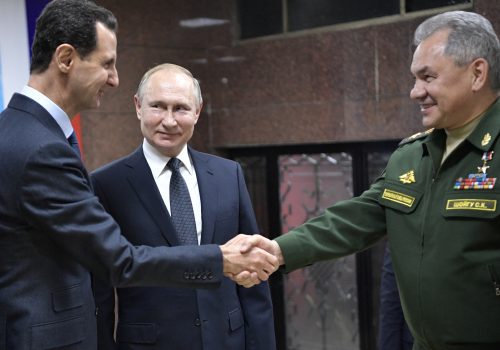 Any deal Russia strikes in Syria’s southern province will be volatile and temporary, given that resolving underlying conditions are impossible under the Bashar al-Assad regime and Russia’s direction.