In June, amid the season for summer vacations, some alarming news was published about the dangers posed to Israeli tourists visiting Turkey. According to intelligence provided by Turkish and Israeli spy agencies, agents of the Iranian regime were following Israeli citizens, intending to kidnap or kill them. Upon the news, Israel immediately urged its citizens to leave Turkey and avoid visiting Istanbul due to the imminent terror threat. Jerusalem also heartfully thanked Turkish authorities for fruitful cooperation on intelligence and security matters, indicating a high level of coordination with Ankara.

The summer plot against Israelis in Istanbul was foiled and Turkish authorities detained some suspects in June and July. At the beginning of August, Turkish authorities released rare footage showing the capture of Iranian agents following Israeli tourists in Istanbul, providing more information on Iran’s plans to harm Israeli citizens. Israeli and Turkish media emphasized the mutual struggle of respective security agencies in both countries to stop Iranians from committing terrorist acts against Israeli holidaymakers on Turkish soil.

Such was the background to the visit of Yair Lapid—the soon-to-be prime minister—to Ankara in June. A few months earlier, Israeli President Yitzhak Herzog, who invested considerable effort into reigniting bilateral relations between the two countries, had also paid a visit to the Turkish capital, where he met with President Recep Tayyip Erdogan. This rapprochement soon culminated in the return of ambassadors and the full restoration of diplomatic ties, ending a long period of tense relations between Ankara and Jerusalem.

Despite the rift that started with the Mavi Marmara flotilla incident in 2010—some would say it has brewed since President Erdogan’s rise to power in 2002—Israel and Turkey have maintained economic relations. These ties seem to have a life of their own and have continued to grow despite the hostile political climate and the lack of respective ambassadors. In 2020 alone, Israel exported $1.5 billion worth of goods to Turkey, while Turkish exports reached $4.67 billion. In comparison, Russian exports to Israel amounted to $1 billion in 2020.

Both economies have benefitted from these ties, and there is no doubt that the volume of bilateral trade will continue to grow after the full restoration of diplomatic ties. In the energy sphere, President Erdogan has expressed hopes for Israeli-Turkish cooperation in establishing a pipeline from Europe to stream Israeli gas to Europe. This development can serve both countries—a NATO ally and America’s closest ally in the Middle East—in enhancing their regional and global influence.

In addition to diplomacy, tourism, trade, and energy, there is also a security dimension to restoring Israeli-Turkish relations. For years, Turkey had acted as a patron of Hamas, an Islamist Palestinian movement that took over the Gaza Strip in 2007 and became one of the major political and military forces in the Palestinian territories. Israel had always insisted that Hamas leadership must leave Turkey as a prerequisite for re-establishing relations between the two countries, and that Turkish religious organizations stop meddling in the situation at the Al-Aqsa mosque in Jerusalem.

Due to a significant geopolitical shift in the region, with Arab states normalizing relations with Israel through the Abraham Accords and promoting relations with its archenemy Greece, Turkey is now realigned with the Gulf countries and has eased tensions with Egypt, causing a decrease in support for the Muslim Brotherhood. Yet, it remains to be seen whether Hamas leadership will soon be looking to relocate elsewhere and stop its malign activity against Israel on Turkish soil.

Another question of grave strategic importance to Israel is how the two countries can cooperate against Iran, which might soon be relieved of some sanctions due to a possible revival of the 2015 Joint Comprehensive Plan of Action (JCPOA), thereby enjoying an unprecedented economic and diplomatic renaissance. It is a given that Israel sees Iran as its worst enemy and existential threat, however, Turkey also often finds itself on the opposite side of the Islamic Republic, especially in Syria and Azerbaijan.

Additionally, just like Israel, Turkey is wary of growing Russian-Iranian cooperation and fears the possible weaponization of Iran’s nuclear program if the JCPOA isn’t revived, leading to a nuclear arms race in the Middle East.

In recent years, Turkey and Iran have increased their economic cooperation. However, even if their economic interests overlap at times, the geopolitical divisions between the countries have grown as well. The recent Iranian terror plot against Israeli citizens is a good example of that; Ankara fumed over the Iranian attempt to compromise its security and harm its diplomatic goals of improving ties with Jerusalem and Washington. Indeed, cooperation with Israel against Iran’s malign regional activities might serve Turkey’s interests in the United States well, increasing synergy between its allies and providing a strong front against Tehran’s regional ambitions.

The change in Turkish policy towards Israel, Hamas, and Iran was seen well during the recent Israeli military operation Breaking Dawn at the beginning of August. Although Ankara had rushed to condemn Israel’s military operation in the Gaza Strip and called for “restraint,” the condemnation itself was significantly more moderate than on previous occasions. And, only a few days after the operation, Ankara and Jerusalem festively restored their ties. This change in attitude might have something to do with the fact that the group targeted in Gaza was not Hamas, but rather the Palestinian Islamic Jihad (PIJ)—a pro-Iranian movement, heavily sponsored by Tehran. The PIJ had verbally attacked Ankara’s restoration of relations with Israel.

It remains to be seen how Israel and Turkey will play the Iranian card in the future, as some regional powers—such as the United Arab Emirates—are looking at diffusing tensions in the Gulf. However, it seems that Ankara and Jerusalem will continue to work jointly to prevent terrorist attacks on Israeli citizens in Turkey, as this threat is still not entirely removed, and explore the possibility of pursuing common goals vis-à-vis the Islamic Republic and its many regional proxies. 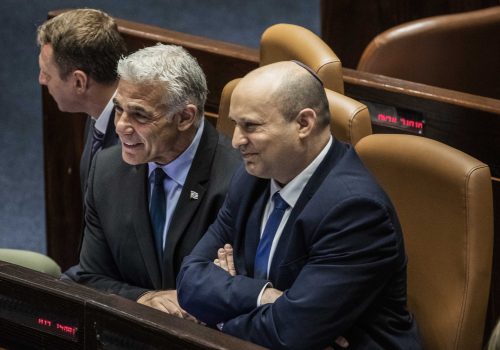 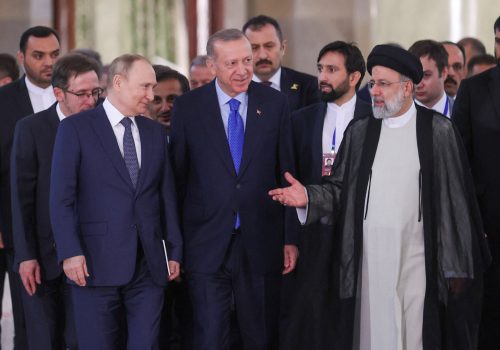 Russia is forming an alliance of pariah states in the Middle East. It might put Israel in an awkward situation in Syria.

For lack of other options, Russia is opening to Iran and is preparing to establish a new alliance of pariah states with the Islamic Republic—to the detriment of Jerusalem. 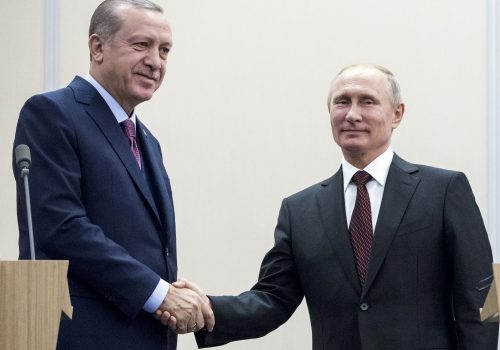 In Syria, cutting and running is not on the cards for Turkey

If diplomacy fails, the military option is always on the table, as President Recep Tayyip reiterated in a speech on August 25.