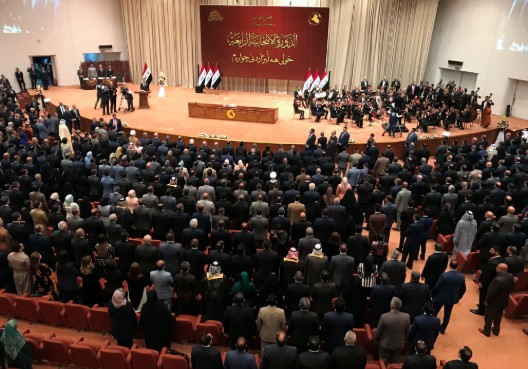 Spending the last two weeks of 2018 in Iraq offered a window into Iraqi politics, the economy, and how Iraqis are coping on a variety of issues. My trip began with a conference, and despite the socially and politically contentious issues under discussion—citizenship, identity, inclusive governance, human development, education, among others—and the diverse ethno-sectarian background of the participants, there was a consensus on the most fundamental issue: that Iraqis must build their own nation together and focus on the future, rather than dwell on the injurious past.

As we approach the one-hundred-day mark of Iraq’s new government on February 11, it is useful to assess its performance thus far in terms of political, economic, security, and cultural developments.

I met with top Iraqi leaders, President Barham Salih and Prime Minister Adil Abdul-Mahdi. Despite the difficult process to complete his ministerial cabinet and the tough challenges he inherited from previous governments, Abdul-Mahdi seemed to be focused on a clear governance agenda that includes several immediate priorities. He was mindful of the need to address corruption but stated the pressing matters are the economy, governance, and service delivery.

The visit to the seat of the presidency at al-Salam Palace took me to another branch of government where noticeable changes are underway. Iraqis had previously seen the presidency as a weak and trivial institution without any real political power. The fact of the matter is that previous presidents have not made use of the status of their office. With Dr. Barham Salih in the office, the Iraqi Presidency is taking on a new shape and acquiring a healthy level of energy, particularly in foreign relations. His state visits to several capitals in the region and beyond restored the good image of Iraq’s government. On US-Iraq relations, both sides have emphasized the importance of the alliance and the need to make it as strong as possible. The Iraqi public is already taking note of this positive change.

Iraq’s budget, passed by Parliament on January 24, 2019, proposes one of the largest post-2003 government spending plans ($112 billion), which is mostly to cover government operation costs and salaries. Meanwhile, pressing infrastructure and reconstruction spending is far less adequate than expected. In fact, the electricity sector, where performance will be the most important referendum on the popularity of Abdul-Mahdi’s government, saw its budget slashed by a billion dollars, leaving the ministry with hardly enough money to operate at last year’s level, which is 50 percent of Iraq’s capacity to provide service during the peak summer period. Moreover, one important thing to remember about this budget is that it is based on two unknown and unpredictable variables: oil production and prices. If Iraq, for whatever reason, fails to produce 3.88 mbd or oil prices sink significantly below $56 per barrel, the government will face a dire financial problem.

Baghdad is the safest it has been in a very long time. Recent UN security reports stated that November and December 2018 had the lowest levels of violence in several years. A sense of adequate security is felt on the streets and in the relaxed body language of Iraqis. Even on the highway between Baghdad and the Middle Euphrates provinces (Babylon and Najaf), once impossible to traverse without risking one’s life, checkpoints showed no signs of tension.

That said, the improved security conditions are not matched by improved services and infrastructural development. The streets and all other public facilities are in poor condition, and there is a complete lack of urban aesthetics. Basic services, such as street cleaning and general maintenance of public space are completely missing, simple law enforcement to prevent residents and businesses from encroaching on sidewalks and streets is absent, and the enforcement of traffic rules is non-existent. While not high on the list of governance priorities, these problems need to be corrected.

Baghdad and the Provinces are thriving at unprecedented levels in the modern history of Iraq. At al-Mutanabbi Street, visitors can walk among many book stores and sidewalk literary exhibitions, where no book is off the list, no matter what subject or ideology it presents.

The University Kufa in Najaf continues to work on improving its national standing and seeks better international recognition. I met with its President, Dr. Mohsin al-Dhalimi, several administrators, and other faculty members. The university is recognized for its establishment of the first and only UNESCO Chair for Religious Dialogue in 2015, which accomplished a great deal of progress in a country that was nearly ripped apart by sectarian conflict.

There is a lot of important work to be done at the local level in Iraq, where a great deal of decision making takes place. But Iraqi provincial governments face many challenges, including the lack of practical experience in implementing federalism and a lack of clearly defined distribution of powers between the Federal Government and provincial authorities, except for the Kurdistan Regional Government, which has more efficient self-rule.

Now is the time for the international community to seize opportunities to work with several provincial councils that show the will and aptitude to improve their governance capacity and work with more experienced foreign partners to bolster ties and cooperation. Institutions such as universities, businesses, and professional associations are a good place to start. Rebuilding Iraq from the local level is not meant to replace cooperation with the federal government, but to complement it. As a federal state, Iraq can only succeed and be viable when decentralization of power occurs between a competent central government and functional local political units—the provinces.

As interested observers continue to ponder the unfolding events in Iraq, it is important to bear in mind that evaluating a new government’s first one hundred days is a more appropriate exercise for governments in countries that enjoy good levels of stability and political order. A government that is not fully formed by the end of this arbitrary one hundred day benchmark is not likely to be in a position to deliver ground breaking accomplishments in a country that has been depleted by four decades of tyranny, a decade of severe international sanctions, and fifteen years of mismanagement and security breakdown. Prime Minister Adil Abdul-Mahdi’s government needs much more time and serious regional and international support before it can claim much-needed breakthroughs.