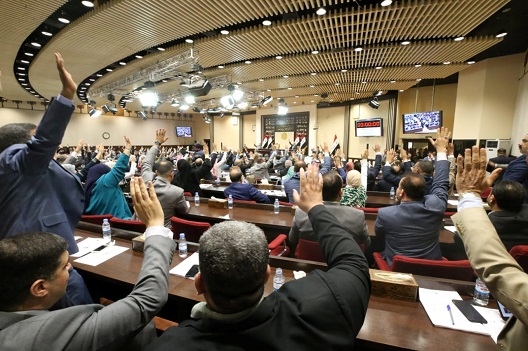 Since the ratification of Iraq’s constitution in 2005, the government formation has been an excruciatingly protracted process. While the constitution does not require a specific distribution of appointments by sect or ethnicity, the multitude of political blocs and the ethno-sectarian interest networks forced an allotment of cabinet positions among the diverse components of the Iraqi population. While inclusive governance is an admirable goal, it can be a formula for failure when merit is sacrificed for the sake of meeting ethno-sectarian quotas. With only a few exceptions, Iraqi ministries have been treated as fiefdoms to be controlled by the ministers or their parties and face little accountability or transparency requirements. Even in the few cases when ministers have resigned—or were removed from office for proven corruption or mismanagement of public funds—they later returned to senior political positions or left the country unscathed. For this reason, filling cabinet posts has turned into ferocious horse-trading among influential Iraqi leaders.

The last government formation was no exception. To their credit, some political blocs gave Prime Minister Adil Abdul-Mahdi liberty to choose professional technocrats for their shares of ministry posts, which he ably did, but others insisted on presenting their own nominees in continuation of the entrenched interest-based tradition. Prime Minister Abdul-Mahdi secured parliamentary confidence in his cabinet in October 2018, but eight ministries remained unfilled because no consensus was reached on the proposed names. Four ministers were subsequently confirmed, while four others, including the powerful ministries of interior and defense, lingered in the parliament for eight months. On June 24, parliament voted to confirm the ministers of interior, defense, and justice. The candidate for the Ministry of Education was rejected and a new candidate needs to be nominated.

Now that the government is almost fully formed, the prospects of good governance still remain subject to many variables. As the summer heat scales up to unbearable degrees, the most important indicator of popular satisfaction will be the electricity supply. The current government inherited a depleted electricity system and a ministry with a longstanding record of corruption and incompetence. Several helpful measures were taken in the past few months to address the ministry’s structure and raise capacity, including the completion of a few previously unfinished projects that added to the power supply as well as the signing of a new contract with Siemens to make some cross-sector improvements in power generation, transport, and distribution. The renewal of the US waiver to continue importing gas and electricity from Iran until September also aided Prime Minister Abdul-Mahdi’s government. If the electricity supply improves noticeably this year, and a satisfactory trajectory is established for the coming years, this will increase the likelihood that Iraq’s government will be viewed as effective.

Despite the positive developments on the electricity front, there is a gathering storm in Iraqi politics that has vaguely begun taking shape following the Al-Hikmah Movement’s announcement that it is an opposition party; the group is led by Sayyid Ammar Al-Hakim, whose family is prominent in the clerical ranks and the opposition to Saddam Hussein’s regime. In principle, this is a very welcome development as successful parliamentary systems need an opposition to monitor and act as a check on the party in power. But only time will tell if the Al-Hikmah Movement will play this role or turn into another spoke in the wheel of the Iraqi political process. Although Al-Hikmah does not have enough votes to force a no-confidence vote in the parliament to overthrow the government, it is working toward forming a larger parliamentary coalition to achieve this trump card. Given that Prime Minister Abdul-Mahdi was appointed as a compromise independent candidate, his lack of strong party affiliation may open him up to attacks from the strongest contender if the opposition storm gathers more strength. In this scenario, it could be impossible to sustain a government with a strong opposition in the absence of a ruling party.

The Need for Reconstruction and Unlocking Human Potential

In the meantime, post-conflict reconstruction remains a major challenge in Iraq. Almost two years since Iraq declared victory over the Islamic State of Iraq and al-Sham (ISIS) and reclaimed all lost territories, many war-torn towns are still waiting for serious reconstruction efforts and for their displaced population to return to normal life. This is not due to the government’s lack of will, but is rather due to a lack of resources. Iraq remains a rentier state, with oil revenues making up almost the entire annual budget. At the current level of oil exports, there is not enough money to run the state and pay the reconstruction bills. Iraqi leaders must develop serious plans for creating a diversified, vibrant economy with an effective private sector to unlock human potential. If public sector hiring continues at the current high levels, the state will collapse before it can absorb a fraction of the unemployed Iraqi workforce. Many potential sectors where serious economic gains can be made that so far remain abandoned can be revitalized by Iraq or with help from the international community; agriculture, tourism, transportation, trade, services, and the full utilization of human capital, to name a few.

Now that Prime Minister Abdul-Mahdi’s government is complete—except for the Ministry of Education, which is now ably run by the Minister of Higher Education—it is time to move ahead with improved governance, anti-corruption measures, and a serious focus on the economy. One prudent departure from the previous administrations would be to change the philosophy of governance from unachievable elaborate plans and adopt a new style of governance that establishes a proven record of sustained small, but significant, accomplishments to restore public confidence in the government. A well-designed infrastructure program that is compatible with the capacity and resources of the government with a reasonably quick timeline and with clearly defined, achievable goals is the only realistic path for Iraq in the foreseeable future. If elaborate, long term projects must be pursued, they should be broken into stages to ensure efficiency and transparency.

Abbas Kadhim is a senior fellow and director of the Iraq Initiative at the Atlantic Council. Follow him @DrAbbasKadhim.