This article is part of a strategic collaboration launched by the Atlantic Council (Washington, DC), the Emirates Policy Center (Abu Dhabi), and the Institute for National Security Studies (Tel Aviv). The authors are associated with the initiative’s Working Group on Chinese and Russian Power Projection in the Middle East. The views expressed by the authors are theirs and not their institutions.’

Russia and its ties to the Middle East

The Russian invasion of Ukraine, launched on a large scale on February 24, marked the most significant escalation by Russia against its neighbor since 2014 and the largest invasion in Europe since World War II. In the past few years, the Kremlin has also returned to the Middle East and reestablished relationships from its USSR days.

After Syria, Russia emerged as a critical powerbroker for autocrats in the region. Not only has Russia been able to bring the Russia-Saudi relationship to new highs with Saudi Crown Prince Mohammed bin Salman, but it has also kept its most important relationship in the region with Iran. Russia’s return to the Middle East a decade ago—right after the Arab Spring—was met with fears that it would reemerge as a hostile actor against US interests, and the recent invasion of Ukraine may give those fears a greater sense of urgency.

Most US interests in the region—flow of oil, Israel, preventing nuclear weapons, and counterterrorism—are unlikely to be affected by Russia’s conduct and limited resources, which have now been stretched thinner by the invasion of Ukraine. However, in the new world order Russia is after, the country seems to seek to set the rules of the game and break the American-European exclusivity over matters in eastern Europe. The Middle East is a crucial player in this new Russian plot. Russia can further undermine the West’s international diplomacy and political efforts in the region, both on the ground and at the United Nations—especially regarding Syria, Iran, and Libya—if it wishes to do so.

The US pivot to great power competition against Russia as the latter aggressively threatens NATO’s borders may directly reduce US capabilities and indirectly affect one of the US’s main interests in the Middle East and North Africa (MENA) region: counterterrorism.

Another concerning factor would be the fact that several countries in the Middle East depend on Ukrainian wheat exports, such as Lebanon, which is already in dire crisis and receives 60 percent of Ukraine’s wheat—the most in MENA. Russia and Ukraine are the Middle East’s largest wheat suppliers and a spike in the price of wheat could raise the price of bread, which has a history of stoking protests and civil unrest in the region.

The long-term effects of the Russia-Ukraine crisis will affect how Arab countries and the Gulf states, in particular, maneuver between the US and Russia, especially if NATO-Russia tensions continue to rise. The threat of a pivot to Russia by Arab countries is always there to remind the US not to stray away from the past decades of historical alliances and cooperation between the Arab States of the Gulf and the United States.

Iran and the war in Ukraine

As the situation in Ukraine deteriorated in February, Iran’s Foreign Minister Hossein Amir- Abdollahian accused NATO of provocative actions that escalated the situation in Ukraine and led to war. In an emergency session of the United Nations General Assembly on March 2, Iran abstained and didn’t support the resolution denouncing the Russian invasion. Moscow is Tehran’s important strategic ally and Tehran cannot afford to stand aside and not support Moscow. Iran’s condemnation of NATO and its refusal to condemn Russia reflect the Iranian approach in the Ukrainian crisis.

While the war in Ukraine rages, the nuclear talks in Vienna are approaching a decisive moment, and the evidence indicates that the chances for an agreement are rising. The situation in Ukraine improves Iran’s bargaining position in the final stages of the negotiations, as the United States and European parties may be more eager to reach a deal with Iran to focus their attention on more urgent issues, such as Russia-Ukraine. The war in Ukraine also affects the energy markets, increases oil prices, and improves the Iranian ability to handle the sanctions.

Lately, Tehran has attempted to strengthen its ties with Moscow. Iran’s experience after signing the Joint Comprehensive Plan of Action in 2015 has taught it that such an agreement won’t bring European investments and the economic relief they wish for. Therefore, Iran considers Russia to be a strategic partner of growing importance. The Iranian strategy to strengthen its ties with Russia deepened with the internal political changes in Iran and the new conservative government led by President Ebrahim Raisi. Tehran and Moscow have cooperated closely in Syria since 2015 and Iran is hoping to increase its trade and military relations with Russia. In opposition to the Russian-Iranian strengthening of ties, Iranian-Ukrainian relations were never completely restored after the downing of the Ukrainian plane in Iran in 2020 by the Islamic Revolutionary Guard Corps, which led to the death of all 176 passengers.

Iran and Russia relations are based not only on shared interests, but also on a worldview of opposition to the American-led world order. Together with Russia’s strategic importance to Iran, this anti-American approach, which is very prominent in Iranian leadership and affects its foreign policy, will continue to play an essential role in the Iranian reaction to the war in Ukraine.

Bat Chen Druyan Feldman is a research assistant in the Iran and Regional Affairs Program at the Institute for National Security Studies in Tel Aviv, Israel.

Joze Pelayo is an assistant director at the Scowcroft Middle East Security Initiative and Middle East Programs. Follow him on Twitter: @jozemrpelayo. 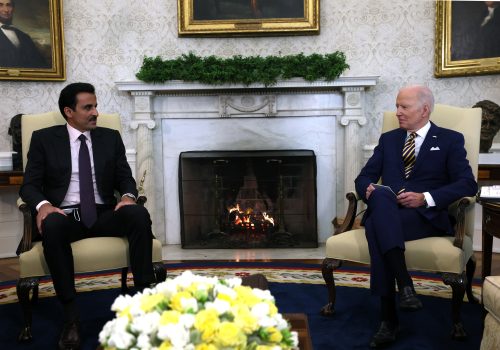 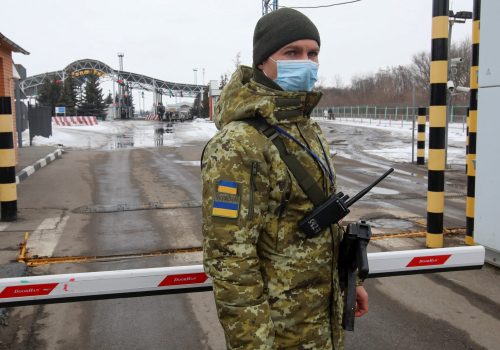 Evacuating noncombatants from Ukraine will be a mess. The West needs to ditch the blame game this time.

In a further invasion of Ukraine, Putin would be to blame for any chaos that follows. 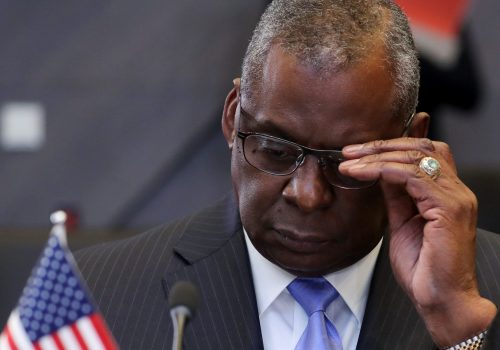 Washington must carefully foster its partnerships and spark a level of defense innovation to keep itself and its partners truly secure.