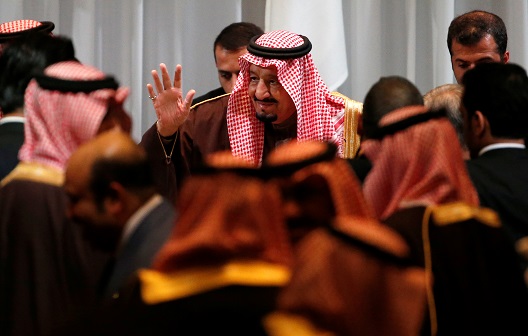 The Saudi government shelved plans in late August for an initial public offering (IPO) of shares in Saudi Aramco, the state’s mammoth oil company. King Salman and his son, Crown Prince Mohamed bin Salman had intended the proceeds from the sale of a portion of the company’s stock to underwrite their “Vision 2030” program, an ambitious roadmap to move the Kingdom beyond its dependence on oil by building a more diversified economy, more robust society, and a more effective government.

Already the government is identifying other ways to finance the planned economic and social (though not political) reforms, but the difficulties encountered with the IPO underscore the necessity of asking hard questions about the design and implementation of Vision 2030. A country’s window of opportunity in which to implement reforms typically comes around only once or twice in a generation. For this reason, Saudis have a profound interest in ensuring they get these reforms right—as does the United States, which can only benefit from a more open, prosperous, and socially tolerant Saudi partner in the Middle East.

In this spirit, here are five questions about the Vision 2030 reform program:

1)     How long does Saudi Arabia have to make these reforms work?

Vision 2030 seeks to generate additional sources of revenue and gradually wean the Saudi economy off its longstanding dependence on oil. How successful Vision 2030 will be hinges in part on the time horizon available to make that transition.

As its name suggests, the Vision 2030 program assumes that Saudi Arabia has at least a decade before world demand for oil begins to decline. That accords with most expert forecasts, but fundamental changes are underway in energy markets. For one, the question is no longer whether the earth will soon run out of oil—new discoveries and technologies have vastly increased known reserves—but when humans will no longer require as much. From 1965-75, global demand for oil increased at a rate of 4.5% a year; since 2007, it has grown on average just 1.8%.

Innovation also now threatens to disrupt energy markets in much the way it has many other industries. Developments are changing the way we harness, store, distribute, sell, and consume energy. The question is how fast. Could an entrepreneur, for instance, suddenly introduce the modern equivalent of Henry Ford’s Model T, a cheap and readily available electric-powered vehicle with mass appeal? How long oil demand will remain near peak depends upon what energy source we will choose to power our cars and our cities in the future and how soon that future will come.

If demand for oil continues or even grows over the next 15-20 years, then Saudi officials have the luxury to be able to implement reform slowly, experiment along the way, and cushion some of the losers from reform from undue hardship. On the other hand, if oil demand will peak within the next 5-10 years, then Saudi officials have substantially less margin for error and their reform effort will need to be swifter and more draconian. Vision 2030 envisions the country’s bloated public sector shrinking gradually over time as a dynamic private sector generates ever more employment opportunities. If the time horizon for reform is more compressed, though, the government may have no choice but to make substantial cuts in public sector employment— a politically volatile step.

2)     Can Saudi Arabia succeed in developing a robust private sector?

This is easier said than done. Economists do not fully agree on how to spur private-sector job growth to expand employment— we are still trying to figure out how to create high-wage jobs in our own country. Economists do agree, though, on certain fundamentals essential to building a vibrant private sector: the absence of excessive red tape or other administrative obstacles to doing business, a transparent and enabling legal and regulatory framework, a judicial system capable of enforcing those laws and regulations and resolving expeditiously commercial disputes, an effective banking system and capital markets for financing commercial ventures, a business culture that encourages risk-taking and entrepreneurship, and an educational system capable of producing individuals with relevant job skills but also the capability to think and act for themselves.

Many of these elements are lacking in the Saudi case, a shortcoming that Vision 2030 seeks to address. For instance, the program calls for improving regulation, better enforcing contracts, and further developing capital markets. However, the most prominent and boldest aspects of Vision 2030 involve state-sponsored mega projects. By far the most colorful proposal is for the construction of a new city, Neom, on the Red Sea designed to attract foreigners, foreign investment, and technological innovation and eventually to be run largely by robots. All these mega projects are intended to foster opportunities for private-sector activity and employment, but will still involve a heavy governmental role.

Can you build a private sector, though, from the top down? Typically, private businesses emerge organically: individual entrepreneurial ventures or small family businesses grow over time into small- to medium-size businesses, some of which eventually transform themselves into larger, joint-stock corporations. Will massive government investments in these mega projects spur significant private sector growth or will they merely reinforce the dominance of government bureaucrats over the Saudi economy? Under King Abdullah, the previous king, the Saudi government committed to building six special cities to help jumpstart the non-oil sector; only one was actually built and it has as yet failed to live up to expectations.

Vision 2030 depends on attracting foreign investment for its success. Foreign capital and expertise will be required to transform the private sector into an engine of growth. The plan calls for boosting foreign direct investment to 5.7% of GDP, closer to the worldwide average.

Foreign businesses are keenly interested in the Saudi reforms. They are eager for closer commercial ties with Saudi Arabia, not least because they want Saudi wealth to be invested in their own operations. Whether these foreign enterprises will risk their own capital in Saudi ventures, however, remains to be seen.

The failure of the Saudi Aramco IPO has highlighted the mismatch between the needs of foreign investors and Saudi Arabia’s current investment environment. The IPO was delayed repeatedly because of concerns over the company’s valuation, the transparency of its finances, and legal and regulatory compliance issues.

The Saudi government’s crackdown on wealthy Saudis last November at the Ritz Carlton Hotel, while ostensibly carried out in the name of curbing corruption, has only amplified foreign investors’ concerns. In the absence of a commercial legal environment undergirded by the rule of law, many worry that they, too, could find themselves in similar difficulties with the authorities.

4) What is Saudi Arabia’s comparative advantage likely to be in the global economy?

As Saudi Arabia moves beyond oil, what kind of economic niche might it fill regionally and globally? The answer is not obvious both because, thanks to oil, Saudi wages are quite high (annual GDP per capita is $50,000 when adjusted for purchasing power parity, putting it in the top 15 in the world) and because many of its Gulf neighbors have similar economic profiles and are implementing similar reforms.

Vision 2030 foresees the country expanding its tourism industry. It envisions creating culturally appropriate amusement parks and resorts to provide greater entertainment opportunities for its own citizens, while refurbishing and promoting its Islamic antiquities and cultural heritage sites for visitors from other Muslim-majority countries. The plan also calls for Saudi Arabia to take greater advantage of the downstream production opportunities presented by its dominant position in the petroleum industry, such as in chemicals, rubber, or pharmaceuticals. On top of this, it anticipates Saudi Arabia becoming over time a logistical hub for the Middle East.

Expanding the tourism and entertainment industries makes sense. Ordinary Saudis have a lot of disposable income to burn. And with more than 1.6 million Muslims visiting each year for the Hajj, the Kingdom could substantially increase the revenue that it garners through the improvements it is making in infrastructure in and around the holy sites of Mecca and Medina. Saudi Arabia will face greater competition, though, as it seeks to move into downstream industries to petroleum, as many of its Gulf neighbors are seeking to do the same. With regard to logistics, Dubai arguably has already become the transit hub for the region and will be difficult to dislodge.

It might require some trial-and-error to establish what Saudi Arabia’s future niche is in the global economy. Conceivably, market forces rather than government dictates may be more helpful in identifying the way forward.

Vision 2030 enumerates a very broad range of economic and social reforms, but is silent on the issue of political reform. If anything, Vision 2030 has become a vehicle for consolidating King Salman and his son Mohammed bin Salman’s political position. The latter’s stewardship of Vision 2030 helped burnish his public image and ease his accession to Crown Prince.

Through its actions, the Royal Court has signaled repeatedly that political reform is not on the agenda. Beyond the arrests of wealthy businessmen at the Ritz Carlton, it has locked up religious clerics, journalists, bloggers, civic leaders, and the very female activists who spearheaded the movement to get the ban on women driving lifted. The intended message is clear: The Saudi government is prepared to enact broad economic and social reforms, but it will countenance no political challenges.

Can the Saudi government successfully push through economic and social reforms without any accompanying political reforms? Will a restive younger generation of Saudis be content with reforms that expand greatly their economic and social freedoms and opportunities without granting them greater political rights? The Saudi government is betting that they will, with officials at times citing China’s reforms and those in the neighboring United Arab Emirates as models. But historically, authoritarian governments’ track record in implementing reform is mixed. Success has depended on the benign motives of whoever happened to be in power. For every Deng Xiaoping, Lee Kuan Yew (Singapore) or Crown Prince Mohammed bin Zayed (UAE), there are far more Muammar Gaddafis, Robert Mugabes, and Kim Jong Ils—autocratic leaders who merely enriched themselves at the expense of their citizens. China’s success has been attributed as well to Deng putting in place mechanisms of accountability, such as term limits and performance-based promotions, to provide some checks on the country’s political leadership.

Might Saudi Arabia do the same? Previously, royal decisions were made in consultations among the many sons of King Abdulaziz, the founder of modern Saudi Arabia, and the different ministries and industries were divided amongst them. As one of the last surviving sons, King Salman has wisely jettisoned this system, as it had become unwieldly over time and stymied decision-making. What kind of governance structure, though, will emerge in its place?

Ultimately, that may prove the most important question of all.

Stephen Grand is a nonresident senior fellow with the Rafik Hariri Center for the Middle East and a visiting professor at the Free University and Erasmus University in the Netherlands.