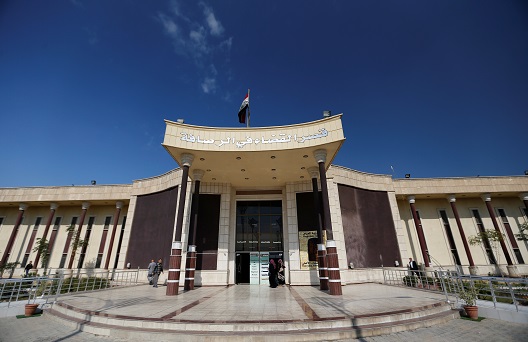 The 2003 US invasion of Iraq ushered in a new era in the country’s modern history, with many accomplishments and setbacks. The invasion ended a fifty-year period of autocracy that regressed from a benevolent dictatorship to absolute tyranny. Though there have been critiques, protests, and anger towards the government over the past fifteen years, Iraqis have shown a desire to reform their political system and have shown no tendencies toward destroying the political system or regressing to the tyrannical past. Given all the blood and treasure invested in Iraq as well as its strategic importance, the United States should take note of the progress Iraq has made and work with Iraqis to double down on their results thus far to ensure the positive trajectory only continues.

The last regime—led by the Ba’ath Party between 1968 and 2003—started with a decade of strong nation building that was soon accompanied by an aggressive appetite for repression and exclusionary politics. Notable improvements in education, healthcare, the economy, general infrastructure, and living standards were greatly undermined by the rapid loss of both individual and communal rights and liberties.

When Saddam Hussein took over the presidency in a palace coup d’état, Iraq’s trajectory towards tyrannical family rule was irreversible. In his twenty-three year presidency, Saddam took Iraq on a roller coaster ride that included a destructive eight-year war against Iran (1980-88), an invasion of Kuwait in 1990 that was followed by devastating defeat at the hands of a thirty-nation coalition seven months later, and a crushing twelve years of economic sanctions imposed by the United Nations Security Council. By the turn of the century, Iraq had lost all its cumulative material gains and retained an ever-expanding apparatus of systematic state repression.

The US Invasion: Failures and Achievements

There has not been a credible argument against the removal of Saddam from power given his history of warmongering, crimes against humanity and all other forms of life, use of chemical weapons against innocent civilians, and mass murder against his political opponents and their communities. However, not all the criticism that was directed at successive US administrations was without merit.

The US invasion was accompanied by too many unnecessary deaths, gratuitous destruction of Iraq’s cultural heritage dating back to several millennia, the promotion of a corrupt Iraqi political class, and the formation of a substandard political regime lacking the minimum requirements for stability and prosperity. During the years after the invasion, Iraq became a laboratory for anyone wishing to try out political or social ideas, while Iraqis were left vulnerable to the possible harm, be it from rogue elements in US forces, unruly security contractors, religious militias, foreign and domestic terrorists, unaccountable government security forces, or common criminals. This Hobbesian state of nature was unprecedented in the memory of Iraqis, and was so disturbing that it rapidly took away their sense of relief that followed the removal of a brutal tyrant.

That said, the bright side of the story should not be overlooked. In a matter of three years, Iraqis had written and ratified a constitution, established a solid practice of the peaceful transfer of power, and built all the necessary elements of a democratic framework. National elections were held regularly every four years, and, despite occasional disputes, power was always transferred without military intervention or bloodshed. Iraq’s military—for the first time since it conducted the original coup d’état in the Arab world (in 1936)—came under civilian control, and Iraqis began to re-integrate in the international community after decades of isolation and rejection. The era of single-party rule and absolute autocracy was finally over.

Looking to the Future

What is left for Iraqis to do for their future is to consolidate their democracy and eliminate the deficiencies in its foundation and practical framework. After several elections and many years of political practice, the new political and bureaucratic framework has been tested and many of its salient shortcomings have been detected. Iraqi leaders must undertake the hard task of courageous reform and make painful decisions to finalize the democratization process.

These reforms would include serious constitutional adjustments, key strategic legislation, strong accountability and transparency measures, and full reconciliation with the past to focus on securing a better future. In the coming years, Iraqi leaders must develop and implement solid strategies for the economy, energy, national security, population management, education and human development, foreign relations, infrastructure, the environment, socio-cultural advancement, and a host of other important tasks. To do that, they will need to adopt a robust policy of inclusive governance, extend participation to all Iraqis, and reach out to the international community for help in areas where Iraqi expertise is unavailable, or in short supply.

The United States has been one obvious place to go for help. But US-Iraq relations are facing many challenges. At present, Iraqis are more attracted to regional alternatives, and many of them are reluctant to voice strong support for an alliance with the United States, except for occasional private conversations. The benefits of regional cooperation are greater; moreover, the risks are far less.

Meanwhile, US policy toward Iraq has been more about the region and less about Iraq. Other than urgent security, military, and energy cooperation, there is no evidence of significant cooperation on other sectors between Iraq and the country that led the effort to make the most significant change in its recent history. Sixteen years after the US invasion of Iraq, the US embassy in Baghdad is isolated from the public, the US consulate in Basra is indefinitely closed, and the president of the United States recently made an unannounced visit to Al Asad Air Base in Iraq and did not meet with the country’s leadership. This is not what the architects of regime change had in mind, nor should it be the vision of US-Iraq relations going forward. Instead, the United States should take more steps to indicate its prioritization of relations with Iraq by showing more focus on bilateral relations and free its Iraq policy from the pressing demands of its foreign policy towards its regional allies and adversaries.

Dr. Abbas Kadhim is Senior Fellow and Director of the Iraq Initiative at the Atlantic Council. Follow him @DrAbbasKadhim.