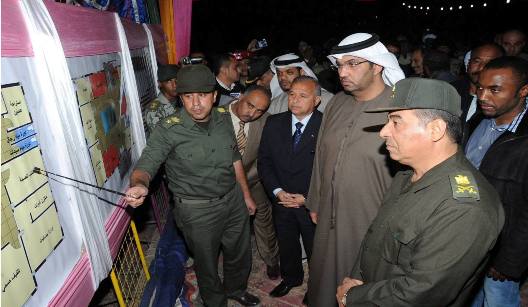 The sizable financing provided by the Gulf countries, in particular Kuwait, Qatar, Saudi Arabia, and the United Arab Emirates (UAE) to Egypt since the popular uprising in 2011 led many observers to conclude that Gulf states have started using their vast resources to shape the region, direct political developments, and mold strategic relationships; in other words, the Gulf is now engaged in “geoeconomics”—the use of economic instruments to achieve geopolitical objectives.

But Gulf countries have in fact used geoeconomics instruments for several decades and their financing of Egypt following the overthrow of Hosni Mubarak in January 2011 does not represent any kind of policy shift. Rather it is a continuation of a strategy they followed consistently in their relations with countries in the region, and on a few occasions with Western countries—in particular the United States. Their two main geoeconomics instruments? Oil and money.

The GCC has one-third of the world’s oil reserves and produces about 20 percent of world’s oil output. Three of the countries—Kuwait, Saudi Arabia, and the UAE—rank in the top ten oil producers in the world, with Qatar close behind in thirteenth place. Qatar also has the third largest natural gas reserves and is the world’s largest exporter of liquefied natural gas (LNG).

While politicians and media in the West often voice fears about oil being used as a weapon for political purposes, Gulf countries have only fired this weapon twice in their history: First, during the 1967 Arab-Israeli War they joined the Arab oil embargo that cut global oil production for about two months. This action, however, had a minimal impact on world oil prices and the oil consuming countries as Iran and Venezuela upped their production to compensate for the drop in Arab oil supplies. A second embargo during the 1973 Arab-Israeli War, designed to punish countries supporting Israel militarily (principally the United States), lasted for six months and led to a quadrupling of oil prices, significantly hurting the global economy.

Since these two early episodes, however, Gulf oil has not been used as a threat or a weapon, but more as a stabilizing instrument. When any serious risk to oil supply threatened to destabilize the market, the Gulf States—particularly Saudi Arabia—produced more oil to stabilize prices. Two main examples of this stabilization function that they play arose in Kuwait and Libya. When Kuwaiti production ceased in the wake of the first Gulf War in 1991, Saudi Arabia and the UAE quickly filled the gap and oil prices barely moved. More recently in 2011, the collapse of Libyan oil production (which took 1 million barrels a day off the market) sparked concerns of a sharp spike in oil prices and hit Europe hard. Once again, the Saudis came to the rescue and replaced the loss of Libyan oil, keeping oil prices from rising sharply.

This is not to say that oil is never used as a geoeconomics instrument by the Gulf States. It is used, not as a weapon, but in a benign matter to influence countries, buy friends, and sometimes as a reward for political favors. Keeping oil prices stable helps the world economy and earns points with the major oil-consuming nations. The Gulf states have also used the oil instrument directly in regional relations, providing oil at discounted prices (and sometime even free) over the years to Jordan, Egypt, Pakistan, and Yemen. Even Bahrain—itself a member of the GCC—benefited by producing oil from a Saudi field “on loan” to Bahrain.

The other major geoeconomics instrument that the Gulf states have in their quiver is money. In 2013, international reserves in the GCC central banks crossed $900 billion, or over 50 percent of their combined GDP. More importantly, their Sovereign Wealth Funds (SWFs) hold about $2 trillion assets, accounting for one-third of global SWFs assets.

Financial wealth has never been used for political purposes in the Gulf’s relations with the West. The Gulf’s international reserves are held in foreign government treasury bills and bonds that are highly liquid. SWF assets are held in a variety of forms and mainly in the West. These investments are based on pure economic criteria and are not politically motivated. For instance, the Abu Dhabi Investment Authority (ADIA), one of the world’s largest SWFs, sets a benchmark annual rate of return of 8 percent for its portfolio, and has met or beat this benchmark for several years.

Gulf states have no real choice other than to invest in the West. From a financial standpoint, they depend on the West than the other way around—and with good reason. Since 2008, the GCC has run external current account surpluses in excess of $250 billion a year. The United States is the only financial market large enough (at $50 trillion) to absorb these amounts without changing prices and valuations, and liquid enough for investments to be withdrawn without disrupting the market.

The political aspects of Gulf financing become more evident when it comes to the broader Middle East. Regionally, political rather than economic criteria are the primary motivation. The recent case of Egypt turns out to be a very stark example of political factors dominating the decision to use money as a geoeconomics instrument.

After the fall of the Mubarak regime, Gulf states made some relatively small financial commitments to the military-installed Egyptian government in 2011. Divergent attitudes within the Gulf, however, quickly surfaced with the election of Mohamed Morsi in June 2012. Qatar emerged as an early supporter of the Morsi government and the Muslim Brotherhood, providing $8 billion in grants and loans. The other Gulf states, however, opposed the Muslim Brotherhood and stopped their financing despite several overtures from the Morsi government to Kuwait, Saudi Arabia, and the UAE for financial assistance. Almost immediately after the fall of the Morsi government in July 2013, Kuwait, Saudi Arabia, and the UAE offered Egypt $12 billion in external assistance, with promises of more to come. Clearly this financing was politically motivated and carried no economic conditions.

Egypt’s case demonstrates with abundant clarity that the Gulf is prepared to use money as a geoeconomics instrument to further political agendas and preferences. Despite having previously used geoeconomics with other countries, the business was conducted behind closed doors so that the political conditions attached to the financing are known only to a select few. Now the Gulf has gone public. Intervention into regional domestic politics makes unambiguous the will to finance those countries that share political views and are opposed to those groups that they do not like. But then in a sense the Gulf states are only emulating larger countries like the United States, the United Kingdom, Russia, and China in the use of geoeconomics instruments.