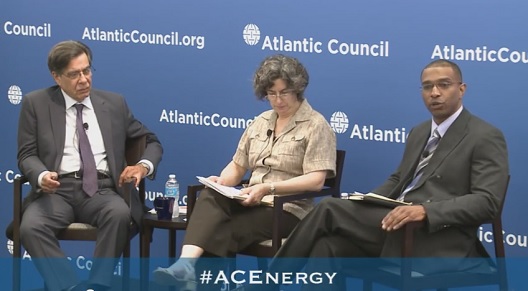 Subsidies, particularly on energy, are still widely used around the Middle East and North Africa (MENA) countries, but there is growing consensus that urgent reforms are needed to address costly and distortive economic effects of energy subsidies. In a recent report by the International Monetary Fund (IMF), Subsidies Reforms in the Middle East and North Africa: Recent Progress and Challenges Ahead, the Fund makes recommendations on how to best implement energy subsidy reforms aimed at reducing state budgets while advocating for social safety nets to replace subsidies.

For decades, governments in the MENA region have resorted to food and energy subsidies to appease their citizens, making it part of the social contract. Following the 2011 Arab uprisings, most MENA governments increased expenditures on energy subsidies despite their distortive impact on economic growth, budget deficits, investment, and crowding out of public spending in other sectors to placate protesters calling for social justice and greater economic opportunities.

The IMF acknowledges that reforming energy subsidy policy is a difficult task, both technically and politically. Therefore, it says, the timing and duration of reforms should be carefully planned in advance of unrolling subsidy reductions. Another important factor to ensure the success of subsidy reforms lies in conducting a media campaign to spread awareness as to the cost of subsidies and the benefits of reform. This step is vital in rallying the largest possible political and public support for reforms.

Although policy makers widely recognize the adverse consequences of energy subsidies, MENA countries hesitate to implement reforms. In Egypt, following the overthrow of President Hosni Mubarak, successive governments refused to undertake subsidy cuts, fearing a political backlash. It was not until last weekend, that President Sisi finally decided to lift energy subsidies by increasing prices on various petroleum products (Table 1). Similarly, Tunisia has cut spending on subsidies in the state budget for the current year and raised prices on a select number of petroleum products.

Other transitional countries, such as Yemen, have yet to move towards reducing subsidies despite deteriorated public finances. This week, the Yemeni government announced upcoming austerity cuts, described by President Abdrabbo Mansour Hadi as belt-tightening measures. Subsidies account for 30 percent of state revenues and more than 20 percent of expenditures, costing Yemen over $3 billion a year. If Yemen hopes to salvage its budget and cut expenditures, it has few options but to cut subsidies. But in a country where a third of the population lives on less than $2 a day, such a political decision will be met with popular resistance—reflecting a lack of confidence by the population that governments will reinvest the savings from subsidy reform into social development.

Opposition to reform will primarily come from the middle and upper classes and industrial users who benefit the most from energy subsidies. Given that subsidy reform is a necessary component to macroeconomic stability and growth, MENA governments can leverage communication strategies proposed by international institutions like the IMF and emphasize transparency to convince all segments of the population that removal of what is perceived as social entitlements is a legitimate and necessary action.

To watch comments on subsidies in Egypt and Libya by nonresident fellows with the Rafik Hariri Center for the Middle East, please watch the video below:

To watch the Atlantic Council discussion on subsidy reform hosted by Mohsin Khan, senior fellow for the Rafik Hariri Center for the Middle East, please click on the video below: