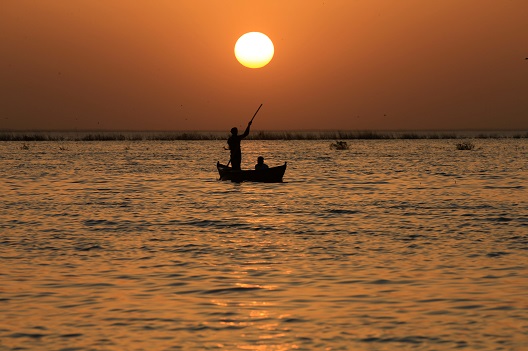 Many governance experts see decentralization as a potential model to mitigate political and sectarian challenges in Syria, Libya, and Iraq and improve livelihoods in those countries by restoring basic services to local populations. But in countries with a long history of absolute control, central government officials frequently resist any reforms seen as weakening their influence, and local governing bodies may not have the capacity to absorb increased responsibility. In recent years, the lack of public service delivery in conflict-affected countries in the Middle East has enabled organized armed groups to claim legitimacy because they can provide such services. Despite these challenges, the government of Iraq, assisted by the US Agency for International Development (USAID), has demonstrated that decentralization can distribute responsibility and authority effectively, improve service delivery, and diminish the influence of extremist groups.

For the past three years, USAID has assisted the government of Iraq in realizing its vision of decentralization through the Governance Strengthening Project, known locally as Taqadum and implemented by Chemonics. The results of the project have demonstrated to elected provincial officials across the country the value of improving the quantity, quality, and accessibility of citizen-centered services, despite the country’s political and economic upheaval and security challenges. Iraq’s decentralization process has also provided elected provincial officials with political and economic incentives to take responsibility for service delivery and to challenge bureaucratic bottlenecks at the central level.

In states such as Iraq, where the public sector plays a dominant role in service delivery, the control of material assets is often seen as the key to power. Even without the threat of an armed, non-state actor challenging the government’s legitimacy, political patronage in Iraq and elsewhere tends to be the dominant factor in any decision-making process, especially processes related to reforms at the federal level that will shift the control of resources. For years, Iraq’s central government struggled with the idea that, as the sole legitimate provider (or regulator) of public services, it needed to prioritize transparency and responsiveness to citizens’ demands to achieve and maintain political stability and state cohesion.

Reinforcing this pillar of effective governance, Taqadum has demonstrated the value of centralized regulation of locally managed services, such as the imposition of health service fees in the province of Wasit and the reallocation of doctors between hospitals and health clinics in the province of Diyala. Centrally regulating but locally providing public services gives all levels of government a stake in meeting citizens’ basic needs. This gradual decentralization process also reduces the “shock therapy” fears that often spawn popular distrust in officials at the local level and institutional intransigence at the central level.

With USAID’s assistance, many of the central government’s recent efforts to respond more effectively to citizens’ demands have focused on reducing legal and administrative hurdles to reform and enabling provincial actors to deliver services more efficiently. The Taqadum project has demonstrated to ministry officials that embracing decentralization need not equate to sacrificing their influence over public service delivery; rather, decentralization restructures authority to produce a more effective outcome. The threat to Iraq posed by the Islamic State (ISIS, ISIL, or Daesh) crystalized for provincial governments the consequences of not focusing on effective outcomes. That realization helped jump-start stalled legislative efforts to implement decentralization and expedited the successful devolution of authority in the country’s 12 provinces where the extremist group was unable to gain a foothold.

Examples of service-delivery improvements include the distribution of more than 4,200 trash cans and an increase in the availability and quality of water in seven of the 10 target provinces, improvements the councils achieved through better monitoring, installation of new water mains, and cleanup campaigns. In the province of Najaf, over the past year, trash collection has increased from 5 percent to 100 percent, and the cost of required provincial staff, equipment maintenance, and related expenses has decreased from 50 million to 6 million Iraqi Dinars ($38,500 to $4,620) per month. In Maysan province, when the water directorate pledged to increase water service in certain districts from 20 to 22 hours per day by installing a compact water-treatment unit, the working groups were on site to verify that the directorate honored its pledge.

By assisting with the transfer of functions and providing training on technical relationships and accountability mechanisms, Taqadum has demonstrated how taking the time to implement effective governance infrastructure at all levels can improve relationships between central and provincial authorities. In doing so, Taqadam has also helped build public trust in local government and promote stability and security across the country.

The importance of such an infrastructure is especially pronounced in conflict-affected areas, where the lack of legitimate, local state institutions has allowed non-state actors to assume control by providing local communities with essential services. This was the case in northern Iraq by the summer of 2014, when ISIS, which had already established itself as a credible service provider in northern Syria, captured Mosul, Iraq’s second largest city. The government of Iraq’s efforts to decentralize responsibility and decision-making authority were key to overcoming the perception of ISIS as a plausible alternative governing structure. The reforms also reinforced the overarching goal of state cohesion and provided a more inclusive model of governance at all levels.

Given the importance of establishing legitimate government authority and stabilizing the country, immediate service-delivery goals may inherently take precedence over long-term government capacity building objectives. Although all local governance projects must adapt to political and conflict-driven realities, they must also fully integrate and monitor longer-term governance objectives to enhance the capacity of local institutions to deliver valuable services to citizens in sustainable ways. Taqadum applied this approach in its training of provincial directorate staff in Anbar, Ninewa, and Salah ad Din on post-conflict service delivery restoration, which in recent months has led to the development of initial post-disaster management planning in these provinces. Since the provinces’ liberation from ISIS, staff from each province have begun returning home with lessons from project-training activities in Baghdad and Erbil and a newfound understanding of how providing basic services can improve constituent satisfaction.

Geographically and demographically, support for decentralization has also followed the lines of political and economic interests. Although political and religious leaders in the predominantly Sunni northern provinces initially opposed the regionalization of the country due to the level of funding they were receiving from the federal budget, these leaders now realize that decentralization better serves their interests by empowering local officials. As resources are more equitably allocated, local leaders see the value of having their own decision-making authority. In the south, oil-rich governorates are demanding that decentralization be accelerated and that budget allocations be commensurate with the public revenue they generate. After the fall of ISIS, the international donor community will very likely be capable of helping to provide basic services, but supporting government institutions at the local level is key to ensuring the country’s long-term stability.

Todd Diamond is the Project Director for the USAID Iraq Governance Strengthening Project and served as a senior advisor to the Atlantic Council’s Task Force on the Future of Iraq. The views expressed here are his own and not those of the United States Government.

This article is based on a Chemonics report about the USAID Iraq Governance Strengthening Project. You can read the full report here.

Image: Photo: Iraqis row their boat as they fish in Najaf, Iraq May 9, 2017. REUTERS/Alaa Al-Marjani