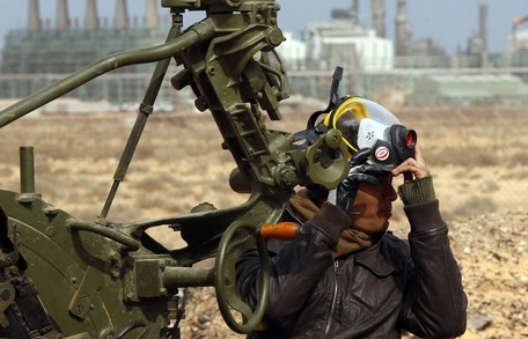 As Libya spirals out of control, a robust, public discourse about the political and security situation among authorities and policymakers in Tripoli and in Western capitals is strikingly absent. Perhaps the fact that the country held, against all odds, new parliamentary elections has contributed to the lack of urgency. However, social cohesion has severely deteriorated as a political power struggle takes on an increasingly violent dimension, rendering Libya insecure and lawless. Major stakeholders—from militia leaders to tribal elders, from government officials to top politicians—all believe that time is on their side and that they can continue to compete with each other indefinitely until one emerges as victorious, taking over the country and its resources. This thinking is fundamentally flawed. Economic meltdown is on the horizon and only a sustainable resolution to Libya’s crisis—one in which all parties negotiate a national unity government with a shared political platform as the basis from which to move forward—can prevent it from happening.

While the warring factions push their respective political agendas, the downward slide of the Libyan economy, which began in early 2013, has continued into 2014. Oil production has collapsed from its peak of 1.6 million barrels a day to a mere 300,000 barrels a day—below the rate Libya was producing during the open civil war in 2011. Oil is a mainstay of the Libyan economy, accounting for 65 percent of the country’s GDP, 96 percent of exports, and 98 percent of revenues. In summary, as oil goes so does the Libyan economy. More recently, Libyan authorities reached an agreement with self-styled federalist leader Ibrahim Jadhran, whose supporters blockaded critical oil fields in the east since last summer. In principle, this should bring back 500,000 barrels a day, boosting the country’s exports. Nonetheless, technical reasons will slow this recovery and, given that such deals have stumbled more than once at the slightest hint of political disagreement, the potential remains tenuous.

With oil production down sharply, and limited oil exports, real GDP in 2014 could fall by as much as 15-20 percent, even in the context of high government spending to maintain non-oil activity and keep the population satisfied through continued government support. If this comes to pass, nominal GDP would fall to $65 billion, some 20 percent below the 2012 level and just about the same as it was in 2009.

With no revenues to speak of, government spending would need to be largely financed by using the foreign exchange reserves of the Central Bank of Libya (CBL) and the foreign assets of the Libyan Investment Authority (LIA). There is even talk of Libya seeking foreign loans (possibly selling Islamic bonds) to finance the government budget.

This is a remarkable change in fortunes for a country used to an unending flow of oil receipts. On the other hand, if the government is unable or unwilling to spend and tries to preserve its foreign exchange reserves, it could be looking at a 2011-type collapse when the economy shrank by more than half in the span of one year.

In a sense, Libya is caught between two conflicting objectives: keep GDP from falling or run down its international reserves. So far, it is opting for the former. In the last year alone, it spent $30 billion out of its original holdings of $130 billion. The budget for 2014, while smaller than the one for the previous year, is totally inconsistent with the state of the economy. With no oil revenues coming in, the government is planning to spend about $47 billion, primarily using the country’s foreign exchange reserves to finance it.

Aside from financing, the 2014 budget is worrisome since it sacrifices future economic development to satisfy today’s priorities. The government has already cut development spending by 27 percent, while increasing subsidies in the 2014 budget to LYD 13.1 billion (22 percent of the budget), up from LYD 10.61 billion in 2013 (15 percent of the budget).

Libyan budget makers seem to assume that the collapse of oil revenues can be absorbed by using the country’s supposedly plentiful foreign exchange reserves. There is a widespread perception in government that, with reserves at over $100 billion and government spending around half that level, the country has at least two years before it faces a crisis. So there is time.

Unfortunately, this arithmetic is false for at least two reasons. First, it assumes that the private sector has no demand for foreign exchange, for example to import goods and services. In fact this concern led the CBL to impose restrictions on the amount of foreign currency individuals could take abroad to $10,000. Second, and perhaps more importantly, it discounts the possibility of any kind of a run against the Libyan dinar. Once private agents become aware that the CBL’s reserves are depleting and that it may be unable to defend the currency, they will want to switch from Libyan dinars into US dollars or Euros. The crisis could arrive well before Libya’s international reserves are exhausted. Rebuilding reserves to a comfortable level could take years, even in the optimistic case that oil production comes back to its historical levels.

Clearly, the stakeholders vying for political power, either with divisive rhetoric or an armed response, have every reason to not prolong the struggle that only serves to devalue and destroy the country they seek to rule. The international community can use this logic as leverage to incentivize power players to come to the negotiating table to ensure that, through compromise, they stand to gain something rather than risk losing everything. The challenge will be for Libya’s partners to coordinate their efforts—something they have not done well so far and that is all the more challenging considering the disparate, fragmented Libyan polity.

The UN Special Mission in Libya (UNSMIL), best positioned to oversee the process, should delegate to the various countries the task of engaging a particular Libyan stakeholder through negotiations. That is, entrust foreign states with the responsibility of persuading their assigned Libyan party (including, but not limited to, the militias of Misrata and Zintan, the National Forces Alliance of Mahmoud Jibril, the Muslim Brotherhood, and relevant local actors in the south and in the east) to the negotiating table. Using their diplomatic clout to institutionalize the notion of debate, compromise, and consensus-building, Libya’s partners can encourage an equitable settlement. With the various entities at the negotiating table, UNSMIL could facilitate broader discussions from which would emerge a commitment to establishing a national unity government with a shared political and social welfare platform to rebuild Libyan institutions, ensure security, and begin the economic reconstruction of the country. If done in a sustained, coordinated way, it stands the best chance of bringing Libya out of its current mess. There is no other viable alternative that would beat the economic clock.

As long as different groups hold oil production ransom to achieve political gains, the odds of an economic collapse of Libya remain high. Whether political groups vying for power will realize the costs they impose on the economy—and the population—remains an open question. Hopefully this realization will set in before the country runs out of reserves and the economy goes into a complete freefall.

Mohsin Khan is a senior fellow with the Atlantic Council’s Rafik Hariri Center for the Middle East with a focus on the economics of the Arab Spring countries and the MENA region.

Karim Mezran is a senior fellow with the Atlantic Council’s Rafik Hariri Center for the Middle East with a focus on the politics and economics of North Africa.

Image: A rebel mans an antiaircraft weapon in front of a refinery in Ras Lanuf March 8, 2011. (Photo: BRQ/Flickr)