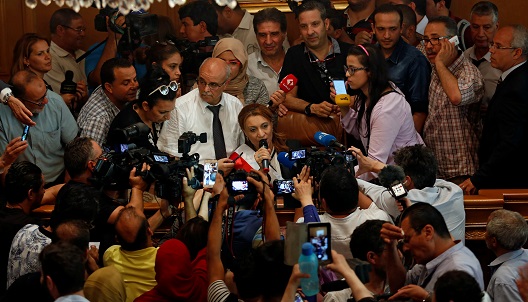 In October 2019, an estimated 6.7 million Tunisians will head to the polls to elect their next parliament and the following month elect a new president of the republic. Yet, the gains are significant in terms of consolidating the democratic process that started in 2011. However, five years after the adoption of a progressive constitution in 2014, the democratic transformation of the country reveals that it is still in its early stages.

Indeed, most Tunisians expected to see important changes in their lives after the first general elections in 2014. They were certainly behind in thinking that the political and economic situation would not particularly deteriorate very shortly. There are still a lot of people living in vast obscurity beyond the cities.

A serious test for the next round of elections will be convincing the unsatisfied electorate, the so-called ‘silent majority,’ to vote instead of just boycotting. The parties’ pre-campaign strategy is reminiscent of 2014, with no clear differences between them, except for Ennhadha. As for other political parties, they may face serious difficulties nominating high-quality candidates.

While Tunisia’s democratic efforts still enjoy the support of its international partners, what is crucial is the viability of this tacit political agreement after the 2014 elections between modernists and Islamists. The apparent concord celebrated in the aftermath of the past elections turned to be an opaque consensus, freezing every single decision or institution at all levels of government. This must change otherwise the political order will not be in line with the social order.

This been said, the next elections will likely be a turning point in the country’s emerging democracy. A decisive victory to the Ennahdha Islamist party could give the party real control over state institutions, and the country could move to a sort of majoritarian state. Whether this scenario is possible or not is too early to say. Nevertheless, the very idea of having a clear governing majority is spreading among politicians as well as with a large majority of the people, who tend to think that a charismatic leader is the only thing missing.

However, figures from the latest polls do not show a majority perspective emerging from a very fragmented political scene. Even Nidaa Tounes, the president’s party, which won the elections in 2014, is now divided. Internal power politics within the party led the president to run out of ideas and momentum. The possibility for the rest of the parties to form coalitions is not viable. The fear of losing power cannot justify the postponement of the two elections. Any initiative to delay the process, in addition to being unconstitutional, could lead to total disorder.

The diversity of the political actors, including the roles played by the Labor Union (UGTT) and some semi-independent lists form the civil society, bearing different purposes and agendas, do not necessarily reflect a wide range of electoral choices and political alternatives to the current crisis.

The political options are less in line with an impatient electorate than ever before. The political parties that are already in the starting blocks have to stretch across narrow borderlines in hopes of getting a few seats in some constituencies. They seek renewed electoral identities while the essence of the problem is more about making the representative institutions efficient.

The electoral system is also responsible for this ungovernable political mosaic. The proportional structure has extremely compromised the political system by giving rise to a dysfunctional semi-parliamentary government. In the meantime, amending the electoral law just before the elections to introduce an electoral threshold will limit the chances of electing smaller political parties represented within the next parliament.

More specifically, among waning public support for the current government caused by a severe economic recession and a growing resentment against the ruling coalitions, it is difficult to gauge the power of the Prime’s minister new political party, Tahya Tounes. Being against Ennhadha—in terms of its political influence—might be selling short the influence of good will of the people.

On the presidential elections, Ennahdha has more to lose than ever. It does not mean that its leadership will undermine this important election by letting candidates of other political parties out of control. Maintaining the suspense is part of the game in every democracy, but sooner or later Ennahdha must make its choice as the sequence of the elections may lay the cards down differently in time.

Additional factors, including ideological, personal, media influence, accessibility to resources, and regional factors can further influence the choice of the next president. Most likely he will be a “soft” one: not divisive, not active. Nevertheless, the candidate’s qualities must be negotiated beforehand, and his posture during his term could be part of that deal.

There will be candidates from the opposition who can seriously play a major role during the upcoming presidential elections in November. They will certainly influence the structure of the vote. But, a close watch must be kept on these freelance candidates, who represent the anti-party system, as they seem to gain more fields according the latest opinion polls.  This phenomenon is a giving way to a hybrid system in which independent candidates may play a large role over the next couple of months.

The crisis of governability can be a reason for a large part of the voters to undo traditional political ties, cut short with scorching polemics, and instead follow non-partisan candidates. They may be individuals who still represent the last faith of the revolution in the voters’ minds, or even a new model of political activism: more respondent, practical, and less vertical. Such political groups are growing up along the political borders, have enough resources and capacities to mobilize and recruit, and are reengineering politics by asking a fundamental question: why should we have any unrealistic expectations?

Indeed, protecting the democratic process is crucial to maintaining the socio-political ties that create each electoral impetus. No matter how difficult the security and economic context will be by the end of this year, a good sign from the outgoing president would be to lift the state of emergency during the election period.

Haykel Ben Mahfoudh is Non-Resident Senior Fellow at the Rafik Hariri Center for the Middle East at the Atlantic Council.

Image: Photo: Souad Abderrahim, candidate of the Islamist Ennahda party speaks to journalists after being elected first female mayor of the city of Tunis, in Tunis, Tunisia, July 3, 2018. REUTERS/Zoubeir Souissi