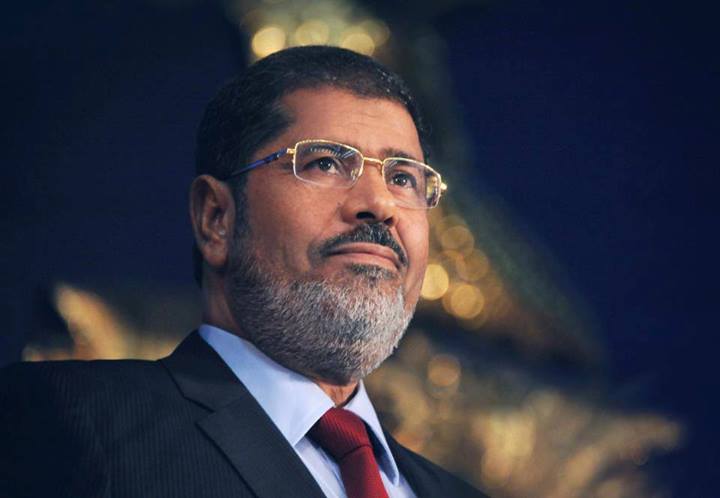 The disintegrating Egyptian economy is cited by most observers as one of the important factors in the massive protests in Tahrir Square that led to the military intervention and removal of Mohammed Morsi on July 3. The generally-accepted view is that the Morsi government which took power in July 2012 had not been able to tackle the core economic issues that lay behind the 2011 popular uprising that overthrew the Mubarak regime.

To be fair, Morsi inherited a broken economy. The downturn of the Egyptian economy started in 2011 when the military-appointed transitional government was running the show.  Growth that year fell to 1.8 percent (from an average of 5.6 percent a year during the previous three years), inflation was in double digits at 11 percent, and the official unemployment rate went over 12 percent, the highest level in ten years. Furthermore, from the time of the fall of the Mubarak government to mid-2012 the country lost some $20 billion out of its $35 billion in international reserves.

The economy was not a high priority for the Morsi government. It took nearly six months for the government to come up with an economic plan to address the more immediate and pressing problems the country was facing.  As a consequence, the economy continued to drift and in a number of areas performed worse than during the SCAF regime. Growth in 2012 was still only about 2 percent, unemployment rose to 13 percent, inflation remained high at near 9 percent, and the Egyptian Pound weakened significantly towards the end of the year. The only bright spot in an otherwise dismal macroeconomic picture was that foreign exchange reserves stayed roughly constant at about $15 billion. But this was almost entirely due to the financing provided by some wealthy Arab countries and not as a result of any particular economic policy action.

Furthermore, the Morsi government did little to correct the longstanding structural fault lines in the Egyptian economy.  These included: pervasive crony capitalism and corruption; deteriorating infrastructure, especially the lack of housing; onerous business regulations and labor laws that constrained the private sector in creating jobs; a distorted financial system that was not small-business friendly; large income and wealth inequalities; and a highly inefficient and untargeted subsidy system which ate up more than a quarter of the government budget and 10 percent of GDP.

Virtually all commentators concur that Egypt should have reached agreement early with the International Monetary Fund (IMF) on a program to put the economy back on track.  With an IMF program, Egypt stood to gain on two main counts. First, it would have access to substantial external financing, both directly from the IMF as well as from other bilateral and multilateral donors who had made their financing conditional on the country being in an IMF program. Second, it would give the international community and foreign and domestic investors some confidence that Egypt had an economic plan to put its house in order and would not let populist policies derail the economic reforms process that had been initiated in 2004 by the Mubarak government.

Unfortunately, Egypt’s negotiations with the IMF turned out to be quite tortuous. As early as June 2011, agreement was reached between the transitional government and IMF staff for a program involving $3 billion in financing but the military backed off finalizing the deal, saying that this was a matter best left for a future elected government to handle. Then in late 2012, the Morsi government reached agreement with the IMF on a $4.8 billion program. The formal approval of the program was to be taken up by the IMF Executive Board on December 19, 2012. However, on December 11 the Egyptian minister of finance requested a postponement of the IMF Board meeting. The main reason for the backtracking was that the government realized that increases in sales taxes on several consumer items, an important measure in reducing the fiscal deficit, would not be accepted by the Egyptian public.  Since then, negotiations through the first half of 2013 have been sporadic, and despite announcements by the Egyptian government that an agreement with the IMF was imminent, nothing actually happened.

Would an IMF program have turned the economy around sufficiently in one year to keep the population from calling for Morsi’s resignation? This is a difficult question to answer as it essentially involves a hypothetical counterfactual.

If an IMF program was in place, in the short-run, one would have expected to see a lowering of inflation, and improvements in the country’s public finances, the external current account balance, and the level of foreign exchange reserves. All this would likely have led to higher private and official financial flows into Egypt. These outcomes would appear quite rapidly and the financial health of the country would be quickly restored within a year or two. While such an improvement would be welcomed by Egyptian businessmen, would they be enough to satisfy the Egyptian population at large? The protesters in Tahrir Square in 2011 and in 2013 were not particularly concerned with macroeconomic or financial stability, but rather with growth, jobs and improvement in living standards.

An IMF program would undoubtedly have included a variety of deep structural reforms covering the financial sector, labor market, the tax system, business regulations, and the subsidy system. However, these reforms take time to have an effect on the investment climate and growth. Thus, in the short-run the growth and employment picture would be more negative. There is considerable empirical evidence from IMF programs in a number of countries indicating that growth is likely to stay low, and even fall, in the first two to three years after the adoption of an IMF program.  Declining growth would translate into rising unemployment over that period.

There were many reasons for the uprising and subsequent military coup that removed Morsi from office. The state of the economy was one of them. But the view that protests may have not occurred had there been an IMF program is misplaced. An IMF program is not a magic bullet that will transform Egypt into a vibrant dynamic economy overnight, or even in one or two years. Those who argue otherwise do not understand that an IMF program and the financial and macroeconomic stability it brings is only a necessary condition for increased growth and employment. It is not a sufficient condition.  To set an economy on a trajectory of higher growth requires the implementation of a wide-ranging set of structural reforms, most of which take time in delivering their benefits.

With growth falling and unemployment rising, and despite improvements in some macroeconomic and financial indicators, it is difficult to see how an IMF program could have “saved” Morsi. The economic indicators that mattered most to the general Egyptian population would in fact have worsened, perhaps giving it even greater reason to protest.

So what happens next? A new elected government will presumably look to reopening program negotiations with the IMF. If it does, it is critical to manage the public’s expectations.  What the government should do, and something the Morsi government was not able or did not want to do, is lay out clearly to the public that it has a coherent and comprehensive economic plan endorsed by the IMF and the international community.  While there may be some initial pain, eventually the picture will change and the hopes and aspirations of the Egyptian people will be realized. Will the Egyptian public have the patience to wait several years for this to happen?  Hopefully, they will give the new government more time to improve the economy than they gave Morsi.