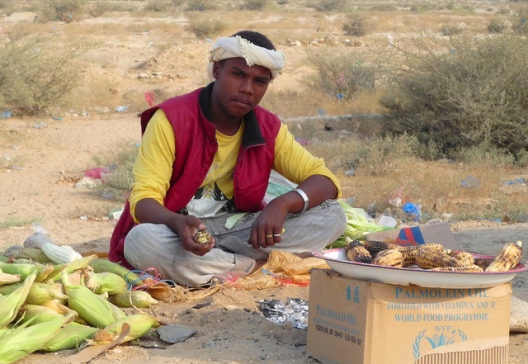 While Egypt, Libya, and Tunisia are reeling from serious political setbacks, Yemen has been proceeding relatively peacefully with a political transition that started in November 2011 with the departure of former president Ali Abdullah Saleh under a Gulf Cooperation Council (GCC)-brokered power-transfer deal. Abdrabbo Mansur Hadi, the former vice president, assumed power in February 2012 and has been focused on guiding forward the National Dialogue Conference representing all the major stakeholders to reach political consensus on the future governance of Yemen.

Despite some progress on the political front, President Hadi’s government has paid insufficient attention to economic issues and faces a multitude of overlapping problems. While the government has implemented some limited economic reforms to achieve macroeconomic stability, Yemen continues to face serious structural challenges that can easily derail progress to date and set the country back to the days of the Saleh regime. Political consensus has yet to be achieved and the security situation remains fragile.  Poverty, malnutrition, and illiteracy are widespread, with Yemen ranking 160th out of 184 countries on the United Nations (UN) Human Development Indicators list.

The most urgent economic challenges for Yemen are: first, to tackle the very high rates of unemployment, which as in other Arab Spring countries was an important factor in the uprising; and second, to reduce the country’s dependency on oil revenues in light of the fact that the country’s oil reserves are expected to be depleted by 2017. These challenges have to be met in the face of continued security threats coming from Islamist extremists and the Southern separatist and Houthi movements.

Foreign aid to the rescue

For the last two decades, Yemen has relied on oil exports, workers remittances, and foreign aid as its main sources of revenue to keep the economy moving along, expand the public sector, and fund social welfare programs. After growing at an average annual rate of 4.5 percent over the past decade, the political upheavals in 2011 caused real GDP to contract by nearly 12 percent, inflation jumped to 23 percent, and the country’s international reserves fell to $4 billion, the lowest level in ten years. There was some recovery in 2012 as growth picked up by 2 percent, inflation came down to just under 6 percent, and foreign exchange reserves increased by almost $2 billion. Essentially, Yemen was able to muddle through the past two years with donor support, coming mainly from Saudi Arabia.

In 2011, in an effort to assist Yemen’s political and economic transition and alleviate budgetary constraints, the United Kingdom and Saudi Arabia renewed the Friends of Yemen group, and donors pledged around $8 billion in aid for a three-year period from 2012-2014. These funds were to be used to support development projects, including health and infrastructure projects. The Yemeni government has set up an executive body to accelerate absorption of foreign aid and has held talks with the International Monetary Fund (IMF) for much-needed financing and technical assistance. However, to date, Yemen has received only $1.8 billion, including a $1 billion Saudi deposit in the Central Bank of Yemen.

Prior to the Arab awakening-inspired uprising, the IMF approved an Extended Credit Facility (ECF) program in July 2010 to stabilize the Yemeni rial (YER), protect foreign exchange reserves and advance fiscal reforms. The program was not particularly successful and was derailed by the 2011 political turmoil. Upon expiration of the ECF, Yemen received an emergency loan from the IMF’s Rapid Credit Facility for $94 million in April 2012, which was fully disbursed immediately. This interest-free loan carried no specific conditionality and its purpose was to give the government time to formulate a full-pledged economic program that could be supported eventually by a larger IMF loan.

In April 2013, Finance Minister Sakr al-Wajeeh confirmed that Yemen was applying for a $200 million IMF loan, but that amount could be closer to $500 million based on Yemen’s growing financial needs. So far, the IMF has not decided to move on the loan request and has only provided technical assistance for fiscal management, banking supervision, and national accounts statistics. It seems that the IMF is taking a wait-and-see approach to determine Yemen’s financing gap and the amount of donor support that would be forthcoming, as well as for the coalition government to commit to ending energy subsidies, which annually eat up a third of the government budget, and would be a key condition in an IMF program.

Economic recovery is expected this year with real GDP growing by 6 percent, but fundamental economic reforms have to be implemented to ensure sustained long-term growth. Yemen is fortunate to have benefited from foreign aid receipts to cushion the drain on reserves and increase military expenditures. But foreign funding is a temporary solution and will not be enough to generate continued high growth in the future. For this objective to be achieved, the transitional government should undertake overdue structural reforms, including streamlining business regulations, removing labor market rigidities, improving the efficiency of the financial system, tax reforms, and energy reforms.  As yet, political and security matters have taken precedence, and economic reforms have not received the requisite attention from the policymakers.

Despite some improvements in the security situation, attacks and sabotages of oil pipelines remain a serious concern, and will hamper the government’s plans to increase oil production to generate greater revenue. It is estimated that in 2012 Yemen lost $1 billion in oil exports due to attacks on pipelines. Given the present political landscape, at best the government will be able to restore oil production to the pre-crisis level, but the oil sector continues to face rapid decline as the country is running out of oil. Currently, Yemen produces around 200,000 barrels of oil per day, and production has been declining steadily over the years. With the decline in oil reserves and other challenges, including poor infrastructure and highly restrictive business regulations, the prospects for high growth in Yemen are limited.

The planning and finance ministries are working with multilateral institutions, including the Islamic Development Bank, the United Nations, the European Union, and the World Bank, on a two-year Transition and Stabilization Plan (TPSD) that was agreed upon in August 2012 to revive the economy. But even if the political situation improved markedly, the short-term priority should be to ensure that ordinary Yemenis benefit from economic gains. To prevent another uprising, the inflow of aid should be used to transform the economy and improve the living standards of the population. The transitional government can begin this process by addressing several key areas.

First, the government must deal with unemployment. According to official estimates, the unemployment rate is anywhere between 25 to 40 percent, and as high as 60 percent for the youth. The World Bank has estimated that in 2011, about 55 percent of the population was unemployed. The situation is complicated further by stringent labor restrictions being imposed by the Gulf countries which would result in higher unemployment and lower remittances if workers are repatriated. For example, it is estimated that there are some 2 million Yemenis working in Saudi Arabia, and Riyadh just imposed new regulations forcing more than 200,000 Yemenis to return. Addressing this unemployment challenge will require an innovative strategy that includes vocational training, improvements in the education system, and creating employment opportunities in the private sector. According to the World Bank, more than 97 percent of firms in Yemen are small and medium-sized enterprises employing less than 25 workers. Encouraging more of these firms to invest and expand by developing the required infrastructure and easing business regulations will create productive jobs and put the economy on a higher growth trajectory.

Second, to boost economic growth there is a need to restructure public expenditures and generate fiscal revenues from non-hydrocarbon sources. On January 23, 2013 the Yemeni parliament approved a $12.9 billion budget for 2013, the largest in the country’s history. It is notable that 50 percent of total government spending was allocated to energy subsidies and wages, while expenditures on social services and cash transfers to the poor were cut. Since energy subsidies account for a large share of expenditure, it is essential—and urgent—that the government undertakes subsidy reforms to free up fiscal space necessary for investment in the economy.

Finally, there is a need to implement planned structural reforms and develop the country’s economic infrastructure to attract foreign direct investment. Yemen is currently at a crossroads and the transitional government has an opportunity to change the status quo of an oil- and donor-dependent economy by adopting a more market-oriented approach to liberalizing and diversifying the economy. The current model of dependency on declining oil revenues, workers’ remittances, and donor financing is not feasible in the long-run. Yemen has to develop other sources of growth and revenues if it is to make significant progress. What these will be is Yemen’s economic quandary.