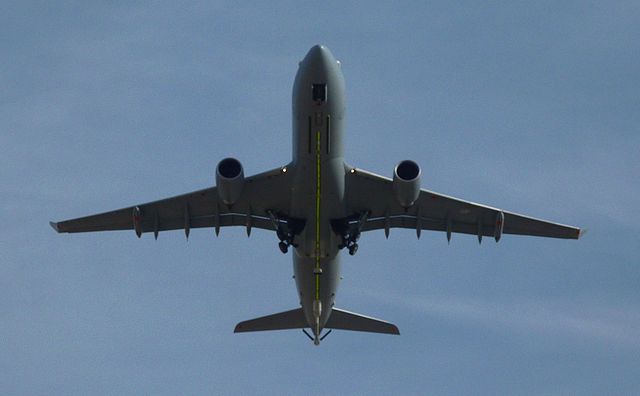 A neglected aspect of the analysis of the evolution of Asian defense and security is the contribution of the European defense industry. . . .

European firms provide capabilities in many areas of interest to Asian customers, notably military aerospace, weapons and naval systems. The military aerospace and weapons part of this equation warrants particular note, as does the dynamics of change in the Asian market for these products. The point is simply this: European firms are providing core capabilities for Asian customers and are an important part of the military equation in region.

During the signing of the agreements, U.K. Foreign Secretary William Hague said: “Japan is a key ally of the U.K. and we work closely together on many issues of global foreign and security policy. This is a groundbreaking agreement, which will enable joint research, development and production of defense equipment.”

This agreement in particular is significant, as it makes the U.K. the first country in the world to sign such a comprehensive agreement with Japan to jointly participate in these activities. The U.K. government also mentioned that the first collaboration project between the U.K. and Japan will involve chemical, biological, radiological and nuclear protection, while future projects will involve other industries. . . .

Within Asia, one can find the most advanced air tankers in the world, the A330MRTT.  Australia has five; the U.S. currently has no new tankers.  These tankers are really multi-mission systems, able to tank, provide airlift and complete other missions, due to the fact that the tankers carry fuel in their wings not in the cargo body of the aircraft. This allows the plane’s cargo area to be used for a range of other purposes.

The Australians see their new tanker as part of their requirement to operate in a wider arc around Australia to protect their interests and to support other allies in the region, including the United States. For the Aussies, the “tyranny of distance” of the Pacific can be better managed by its air assets and those of its coalition partners with their refuelable, long distance tanker.

According to Commodore Gary Martin, commander the RAAF’s Air Lift Group: “This aircraft can take six fighters from Australia to the mainland United States happily. Its loiter time and offload is almost twice that of a US Air Force KC-10A Extender.”

India is an another customer for the new European tanker, and others may well join in the near term. . . .

Another new Airbus Military product is entering Asia in the near term. Malaysia is the first export customer of the new A400M airlifter, and it is set to receive 4 A400Ms to complement its C-130 fleet in the 2015-2016 time frame. “The type will not replace the Royal Malaysian Air Force’s (RMAF’s) Lockheed Martin C-130 Hercules, but serve to double the RMAF’s airlift capacity,” Air Force Commander General Rodzali Daud said in a report by Malaysia national news agency Bernama. . . .

And the more classic variants of the original CASA line play a role in Asia as well. For example, Vietnam has bought the C-212 to provide for a key element in the maritime security efforts, focused upon perimeter security.

The partnership between CASA and Indonesia has been redefined and enhanced under Airbus Military (AM) as well. Specifically, AM will no longer build the C-212, which will now be the responsibility of their Indonesian partner, PT Dirgantara Indonesia (PT DI). Along with being built locally, the Airbus Military C-212-400s will be upgraded while a civilian counterpart will also be produced. This just the start of what is expected to be long-term cooperation between the two companies, who have signed a
“teamer agreement.”

With this kind of approach, Airbus Military is likely to see its market share in Asia expand; as will be the case with another key European firm, Eurocopter.  This company has had a significant presence in Asia for a long time, and has built up many partnerships in the process.  What is new is its expanding role in the security and defense market within Asia itself. . . .

In 2006, Eurocopter and South Korea signed an agreement to produce the Surion helicopter, which is based on the Puma family of helicopters. The helicopter was produced through an agreement between Korean Aerospace Industries and Eurocopter.

According to [Eurocopter’s Senior Vice President for North Asia Norbert] Ducrot, “It really is a Korean helicopter. One needs to realize that about 80% of the helicopter has been redesigned by the South Koreans; it is not simply license production for it is a newly designed helicopter. And we have an agreement to export this helicopter with them to selected markets. This is not a problem for us for the helicopter has no equivalent in the Eurocopter line. It is a new build 8.5 ton helicopter. . . .”

In short, European defense industry is a growing part of the landscape for Asian defense and security. Even though there is an American “pivot to the Pacific” and key Asian allies are modernizing their forces, the 21st century is not a repeat of the 20th. The overall reconfiguration of Pacific forces is an opportunity for more than just American companies.