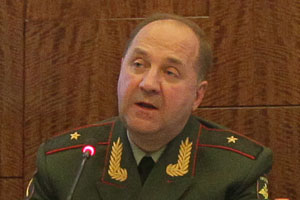 The Security Information Service (BIS) said Russian and Chinese spies in the Czech Republic work mostly to use politicians or journalists to extend their influence and secure their countries’ economic interests.

“Both the Russian and the Chinese embassy employ intelligence officers serving under diplomatic cover. In 2013, the number of such officers at the Russian embassy was extremely high,” the BIS report said.

“Russian intelligence services attempted to make use of both open and covert political, media and societal influence to promote Russian economic interests in the Czech Republic,” the report said. . . .

The BIS has in the past warned of Russian intelligence officers building networks in the country using Czech citizens as well as the local Russian community.