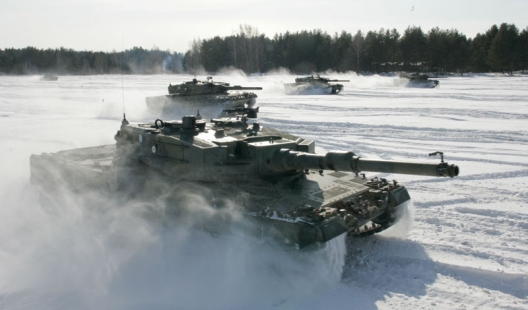 Finland and the Netherlands have agreed to transfer most of the remaining stock of Dutch Leopard 2A6 Main Battle Tanks (MBT) to Finland over a period of four years, for amount around €200 million. Defence Minister Carl Haglund has approved the acquisition of last thursday. Under the agreement Finland will procure 100 Leopard 2A6 tanks from the with the Netherlands, along with logistics package and spare parts sustaining 10 years of operations. The agreement is expected to be signed by on 20 January in the Netherlands by Haglund and his Dutch counterpart, Jeanine Hennis-Plasschaert. Deliveries will commence in 2015 and continue through 2019. . . .

The new tanks will be operated in two mechanized battle groups currently operating Leopard 2A4 MBTs and BMP-2 infantry fighting vehicles. Since the 1980s the Finnish army was operating its tanks in a brigade-size formation. Initially it was operating T-72M1 acquired from the Soviet Union in 1984-1990, when Helsinki bought 160 of the Russian tanks. Two decades later the T-72s were all replaced by 124 Leopard 2A4 tanks Finland bought from German Army surplus. Finland currently maintains 139 Leopard 2A4 in stock, these are expected to be replaced by the Dutch 2A6s toward the end of the decade.

Image: Finnish Army has been operating Leopard tanks since 2003 (photo: Ministry of Defense of Finland)