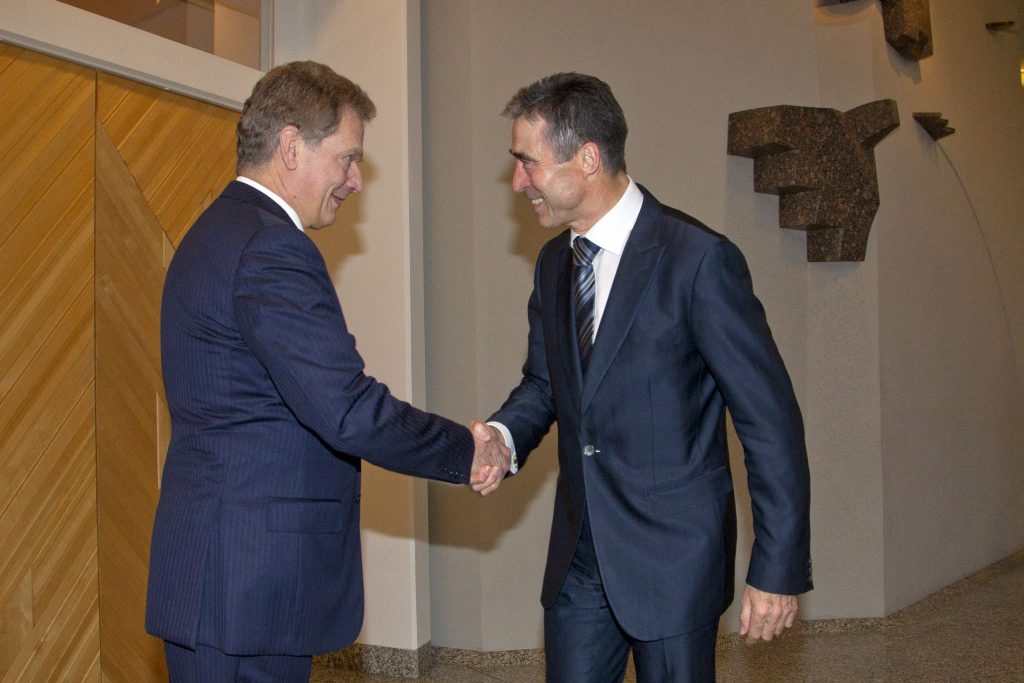 Finland’s Armed Forces’ commander in chief, President Sauli Niinistö, has entered the debate over whether the Nordic nation should join NATO as a long-term solution to meeting its future defense needs. The Finnish NATO debate mirrors a similar and even more robust discussion in neighboring non-aligned Sweden, where a number of government and opposition parties see closer ties and membership in the alliance as pivotal to bolstering the country’s overall defense capability and guaranteeing long-term security in the face of Russia’s rearming in the High North. . . .

In Niinistö’s view, while Finland should keep the door open to NATO membership, the preferred solution is to build a stronger national defense capability outside of any military alliance.

“It is intended to sharpen the operational capabilities of Finnish forces through increased interaction and exercises with NATO,” he said. “It is also designed to explore new areas for cooperation with Russia’s military, perhaps in strategic areas like the Arctic.”

The Finnish government has emphasized that no decision on NATO membership will be made in the lifetime of the current government, pushing back a decision to sometime after the next parliamentary elections in 2015, Beernert said. . . .

The possibility of non-aligned Finland and Sweden jumping together into NATO was briefly discussed by the two countries’ governments in 2009 as part of cross-border discussions on strengthening defense. The talks were linked to reinforcing Nordic defense cooperation with NATO-aligned neighbors Norway and Denmark.

The potential for a possible united front on NATO emerged again in May, when a report by the Swedish government’s Defense Policy Advisory Committee (DPAC) raised concerns over Russia’s rearming in the High North. . . .

“The political developments in Russia are worrying, as are the ambitious modernization plans for its armed forces. This increases the level of insecurity compared to levels that existed in 2007,” DPAC Chairman Cecilia Widegren told Defense News. . . .

It would be unrealistic to expect Sweden to apply for NATO membership in 2014 or 2015, said Erkki Tuomioja, Finland’s foreign minister. The idea that Finland and Sweden might “jump together” into NATO remains an unlikely prospect, Tuomioja said.

“We established a very clear principle [with Sweden] over a decade ago that we will not hand each other surprises in defense policy issues,” he said. “Instead, we discuss such matters together, and after we discuss, we are both free to make our own decisions. In the past, these decisions have been, more often than not, quite compatible.”