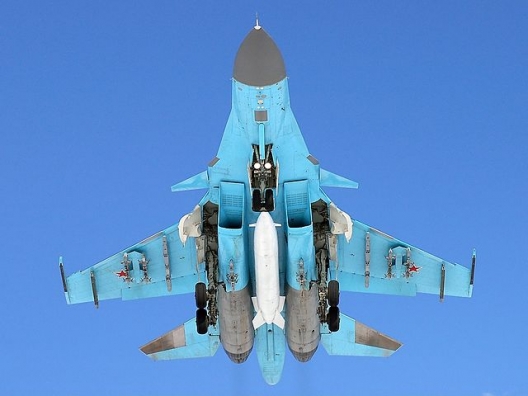 If diplomacy fails and politics push the alliance into war, these are the weapons NATO will need to worry about the most.

The Iskander-M has a range of 400km, can carry a 700kg warhead of several varieties, and has a circular error probability of around five meters. This makes it deadly to airfields, logistics points, and other stationary infrastructure along a broad front of conflict. Especially given the irregular and broken nature of Russia’s border with NATO, the Iskander gives the Russian military the opportunity to threaten targets deep in Europe. . . .

The Iskander can put pressure on NATO missile defenses, but also on NATO air forces. Jets operating from forward bases will immediately come under threat of attack, or at least immobilization. If positioned in Kaliningrad, Iskander launchers could threaten a wide array of military and political targets across NATO. . . .

The Russian Air Force continues to operate several hundred Flankers in various configurations. The basic Flanker frame has proven remarkably flexible for upgrade, and has become the platform of choice for discerning fighter customers. Variants of the Flanker include the Su-30 multi-role fighter, the Su-33 carrier-based fighter, the S-34 fighter-bomber, the Su-35 air superiority fighter, and several Chinese knock-offs.

The Flanker has never met the most advanced Generation 4 and Generation 4.5 aircraft in combat, and it obviously has never engaged the F-22. Nevertheless, we can expect that it will give fits to pilots of Eagles, Vipers, and Typhoons, and may even cause problems for Raptors. The Russian Air Force has developed tactics for using Flankers to fight stealth fighters that concentrate on taking advantage of the plane’s remarkable maneuverability to survive the first missile attack. Moreover, the Flanker is heavy and fast enough to hit hard and then retreat to safety before any NATO fighters can catch it.

An S-400 battery has three kinds of missiles, each intended to engage aerial targets at different ranges. The longest ranged SAM can engage at 400km, with shorter-ranged missiles compensating with enhanced capabilities for killing fast, maneuverable targets. The S-400 can also engage ballistic missiles, although it’s unlikely that NATO would use such weapons. The sensor systems of the S-400 are thought to be extremely effective, especially as Russia can layer S-400 defense zones in nearly every conceivable theater of conflict. Positioning the S-400 at Kaliningrad could endanger NATO air operations deep into Europe.

In combination with the Iskander and the Flanker, these missiles would make the job of NATO air forces in the early days of a conflict very difficult, indeed. Russian sensor systems (ground and air) exceed the capabilities of any opponent that NATO countries have fought in the last twenty-five years. The SEAD (suppression of enemy air defense) mission against an integrated air defense network (Russia has a wide variety of shorter-range systems for point defense) would prove extremely treacherous.

At least in the early days of the war, the S-400 and its associated systems could neutralize NATO airpower, undermining one of the central pillars of the Western way of war. . . .

In the 1980s and 1990s, the USSR and Russia built fifteen Akula (Shcuka-B) class submarines, nine of which remain in service. Extremely stealthy for Soviet subs of their period, the Russian Navy has upgraded the boats with the latest quieting technology. Perhaps most importantly, the Akulas carry a massive array of weaponry, including torpedoes and cruise missiles. The cruise missiles can strike both sea and land targets, putting much of NATO’s coastline at risk.

The best NATO subs can still track and defeat the Akulas, although the latter’s high speed makes catching them an iffy proposition. But even if NATO can sink the Russian subs, they can still wreak an enormous amount of havoc before they submerge for good. This could mean killing a carrier, or simply causing enormous, unexpected damage to critical infrastructure ashore. . . .

During the Cold War, both the United States and the Soviet Union conceived of special operations forces primarily in terms of support of conventional operations. Even at the time, however, the Soviets interpreted this mission more broadly than NATO. Spetsnaz (an umbrella term that has come to encompass special forces operators under several organizational designations) were expected to undertake offensive operations concentrating on the sabotage of communications, the preparation for conventional advance, and even the wreaking of political havoc. . . .

As they now exist, Russian special forces represent a major problem for the West at all levels of escalation. In the event of conflict, we could expect Russian special forces to operate at various stages of the conflict, as they have during the Ukraine crisis. If war develops over a border dispute between Russia and one of the Baltics, we will undoubtedly find Russian special operators there ahead of us. In the case of general war, special forces may deploy from submarines or other vehicles to launch attacks throughout NATO’s depth.

Robert Farley is an assistant professor at the Patterson School of Diplomacy and International Commerce. He blogs at Lawyers, Guns and Money and Information Dissemination and The Diplomat. Follow him on Twitter:@drfarls.