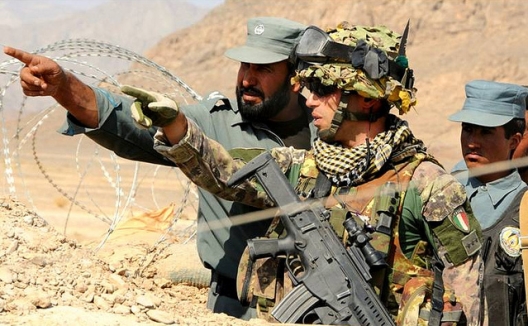 Germany and Italy plan to keep a total of up to 1,350 soldiers in Afghanistan in 2015 to help train local armed forces, their defense ministries said on Tuesday, a slightly larger contingent than had been previously expected. . . .

Germany aims to retain up to 850 soldiers in Afghanistan, a German defense ministry spokesman said, while Italy will go with an average of about 500, according to the defense minister.

Germany has had some 3,200 soldiers in Afghanistan as part of a NATO-led mission there, while Italy now has about 1,800. Germany had been planning to reduce that to a force of 600 to 800 soldiers from January. . . .

“We will respect the commitments made. I proposed an average of 500 soldiers” to be kept in Afghanistan from 2015, Italian Defence Minister Roberta Pinotti told reporters in Brussels. Her proposal must be approved by parliament.