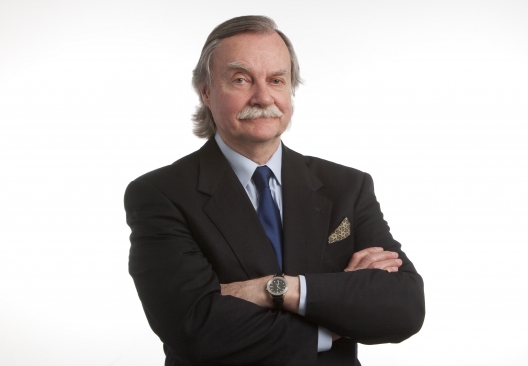 Henrik Liljegren, a Lifetime Director of the Atlantic Council, served four decades in Sweden’s diplomatic corps with postings as Swedish Ambassador to Ankara, East Berlin, Brussels and Washington. He answered my questions in his personal capacity.

JB: You once said that “Russia suffers from post-imperial withdrawal syndrome.” How have Putin’s actions in Ukraine confirmed your analysis and how far do you think Putin will go to re-create the Greater Russia he envisions?

HL: It has been said that Moscow does not aspire to reconstitute the Russian empire territorially, “only” to make the West agree on new rules of engagement that would give Russia the right to exert a droit de regard over the countries in the post-Soviet space.

However, with de facto control over Ukraine, Russia would be much more of an empire than “a gas station masquerading as a country” to quote a famous Senator. And the appetite grows with eating…

In addition to imperial nostalgia, one basic motivation for the war against Ukraine and aggressive acts against the Baltics is the fear of the spread of democracy to Russia. The very thought of losing power, palaces and acquired wealth has always been a nightmare for authoritarian regimes wherever they exist.

Putin will most probably continue on this path as long as he doesn’t meet a robust response. Sanctions alone will not stop him.

JB: How do you think the different interpretations within the transatlantic community of the threat from Russia are influencing the Western response to Putin’s aggression in Ukraine?

HL: What matters right now is that Obama has delegated the diplomatic and political leadership of Europe to Merkel and so far Europe is following Merkel.

By taking the diplomatic initiative and negotiating the Minsk agreement Merkel preempted the possibility that Obama would send defensive weapons to Kiev.

We shall see what happens if and when Moscow restarts the war in a big way. Even Foreign Minister Steinmeier has said that would be “a different ballgame.”

JB: What steps do you think the transatlantic community should take to resolve the war in Ukraine and prevent Putin from intervening elsewhere?

HL: Ukraine deserves support from Europe as well as from the US to deal with its economic situation as well as the whole range of kinetic and non-kinetic Russian aggression. No tools should be taken off the table as General Breedlove said to the Senate Armed Services Committee.

As for NATO members, the European Reassurance Initiative has been successful as an initial response while Washington decides on the need for further measures. By now I think that it is obvious that some exposed countries need a not only a “near continuous” but a permanent presence of NATO troops.

The time has come for the US to stop and reverse the withdrawal from Europe. Europe needs a robust US military presence.

While Europe slept and Washington pursued its détente policies with Moscow the Russians have been working on ways to prevent the US and NATO from coming to the rescue of vulnerable countries in Europe in a contingency.

At the Lennart Meri Conference one expert speaking under Chatham House rules said that the Russians “are probing everywhere and have acquired an anti-access/area denial capability as an element of a larger strategy. A new administration will have to think about an offset strategy.”

And Julianne Smith and Richard Fontaine at the Center for New American Security the other day wrote that “Anti-Access/Area Denial Isn’t Just for Asia Anymore” and called for the US to prepare for A2/AD in Europe.

JB: During your time in Washington (1993-97) you followed the negotiations leading to the withdrawal of Russian forces from the Baltic republics closely. After Russia’s invasion of Ukraine, the Baltic countries are concerned that Russian troops may return as “little green men” in a hybrid attack designed to avoid triggering NATO’s Article 5 defense clause. In light of Russia’s kidnapping of an Estonian security official and violations of Baltic air space, what is the likelihood that Putin may take further actions against a member of NATO?

HL: Yes, that was a time of high political drama that I have described in my book “From Tallinn to Turkey – as a Swede and Diplomat.” The Russians troops left in 1994 thanks to President Yeltsin and the concerted diplomatic efforts of President Bill Clinton, Nick Burns, Carl Bildt, Yüri Luik, Toomas Ilves, Lars Fredénand last but not least President Meri himself.

As for “little green men” I don’t think they would stand a chance in Estonia. It would any way be reckless of Putin to try any kind hybrid attack on a NATO country.

By now NATO must have figured out how to deal with attempts to carry out attacks that try to avoid triggering Article V. And the West will eventually find ways to deal with Putin’s information warfare.

JB: A few weeks ago, Nordic defense ministers produced a joint statement pledging greater regional defense cooperation and the sober revelation that the “Russian military is challenging us along our borders.” What is your assessment of the Nordic response to how Russia has changed the regional security environment?

HL: It was good to see the Nordic Defense ministers joining forces! Sweden and Finland are also striving bilaterally to share the burden. A strengthened collective Nordic capability would contribute to transatlantic security and thus also to US efforts to meet the Russian challenge globally.

As General Breedlove says: “The challenge posed by a resurgent Russia is global, not regional, and enduring, not temporary.”

Jorge Benitez is the Director of NATOSource and Senior Fellow for Transatlantic Security at the Atlantic Council’s Brent Scowcroft Center on International Security.