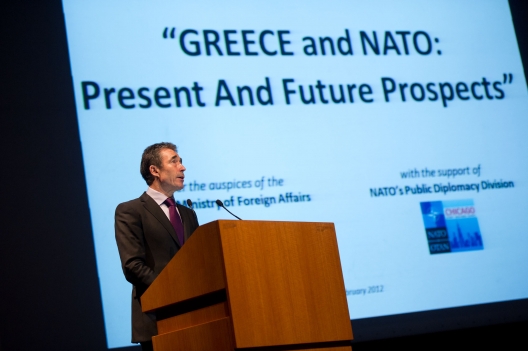 Transatlantic Trends 2014 paints a picture of a complex relationship between the United States and Europe, and their responses to these challenges.

• Americans and Europeans disagreed on the future of the transatlantic relationship, with a majority of Europeans (especially in Germany) preferring a more independent approach.• A majority of Americans disapproved of President Barack Obama’s international policies for the first time.

• A north-south divide continued to trouble Europe, and three-in-four Europeans said the EU was not doing enough to combat the economic crisis.

• Majorities in Europe wanted to accommodate the United Kingdom’s concerns rather than see it leave the EU — with the exception of France.

• A majority of Russians polled said their country should act to maintain its influence over Ukraine, even if there was a risk of conflict with the EU.

• A plurality of Americans felt that illegal immigrants should be given the opportunity to legalize their status — with an overwhelming majority in that group saying this should include a path to citizenship. . . .

Security policy: NATO continued to be seen as essential on both sides of the Atlantic (except in Greece), with a sharp increase in Poland. Majorities in the United States and Europe agreed that NATO should be engaged in territorial defense, but disagreed about out-of-area operations and providing arms and training to other countries. Americans and Europeans had mixed feelings, however, about regional security cooperation with regard to the Middle East or China. . . .

• NATO was seen as “still essential” by 61% of EU respondents and 58% of Americans. Respondents in the Netherlands (81%) were most likely to describe NATO as essential, while the greatest increase in support was a 15 percentage point jump in Poland. Greece was the only country in the European Union in which a majority described NATO as “no longer essential” (52%).

• Majorities of Americans (53%) and Europeans (57%) and a plurality of Turks (43%) agreed that NATO should attempt to establish stability in places like Afghanistan.

• Transatlantic opinion about how best to prevent Iran from acquiring nuclear weapons remained stable: 32% of respondents in the United States and the EU preferred economic sanctions. While the second-most popular option for U.S. respondents was computer sabotage (17%), Europeans preferred to offer economic incentives (21%). When asked about the use of military force, 6% of Europeans and 12% of Americans said they would use it as afirst option.

• Regarding the situation in Ukraine, respondents on both sides of the Atlantic said that the European Union should continue to provide economic and political support to Ukraine, even if there was a risk of continued conflict with Russia — 57% in the United States and 58% in the EU. Greece was the only country surveyed in which a plurality of respondents disapproved (49%).

• Asked whether Ukraine should become a member of NATO, a majority in the United States approved (68%) while Europeans were evenly split (46% said it should, 47% said it should not). Fifty-two percent of Europeans said that the EU should offer membership to Ukraine, while 43% of respondents were opposed. Majorities in the United States (58%) and Europe (68%) think that their governments should increase economic assistance to Ukraine. When asked about sending military supplies to Ukraine, however, 71% of Europeans and 52% of Americans were opposed. Poland is the only country surveyed in which a majority of respondents approved of sending military supplies (52%).

• Two-thirds of respondents in the United States (64%) and Europe (61%) agreed there should be stronger economic sanctions against Russia because of its actions in Ukraine.