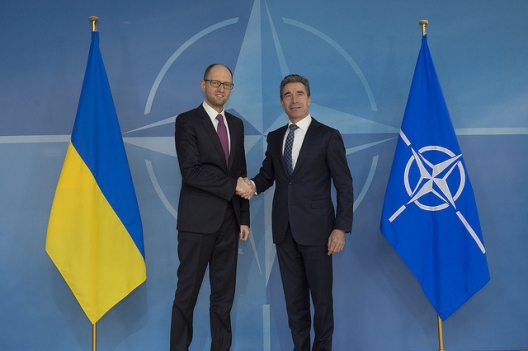 Russia’s aggression in Ukraine has dispelled doubts about NATO’s importance. But recognizing potential dangers is not the same as developing an effective response. The strategic environment today is a far cry from that of 1997, when NATO leaders backed the membership bids of Poland, the Czech Republic, and Hungary, and awarded Ukraine and Russia privileged partner status. Indeed, Russia’s aggression in Ukraine compels NATO to redefine its relationship with Russia and Ukraine. In any case, the Alliance’s September 2014 summit in Newport, Wales will need to develop a new strategic vision of this relationship.

To do so, NATO must answer four key questions. First, how committed is the US to Europe? Although US President Barack Obama has shifted his focus toward the Asia-Pacific, reducing US forces in Europe, this needn’t weaken the Alliance’s capabilities or response times. But Europeans must nonetheless continue to advocate for the overriding importance of NATO’s transatlantic bond.

Second, how committed is Europe to NATO? The 2008 financial crisis led to severe defense cuts, a dangerous policy that must be reversed as soon as possible. This is not just a question of money; Europe must also develop military specializations and joint capabilities that enhance the Alliance as a whole. If Europe’s own commitment is lacking, what hope is there for continuing US engagement?

Third, how should NATO redefine its relations with Russia? In the wake of events in Crimea and eastern Ukraine, Russia’s privileged partnership with NATO is evidently outdated. This does not mean that the NATO-Russia Council should be disbanded. But NATO’s approach to Russia must change if it is to contain Russia’s destabilizing aggression in Eastern Europe, the South Caucasus, and Central Asia. This is why the Alliance needs to develop a new smart containment policy toward Russia that relies on political, diplomatic, financial, and military tools.

Finally, how can we strengthen relations with Ukraine so that its citizens feel neither alone nor doomed to conflict and failure? The West must show that it is politically on Ukraine’s side and encourage its pro-Western course. NATO should then strengthen military cooperation with Ukraine by implementing the provisions of the Charter on a Distinctive Partnership. This means that the Alliance will need to become actively engaged in reforming and re-arming the Ukrainian armed forces.