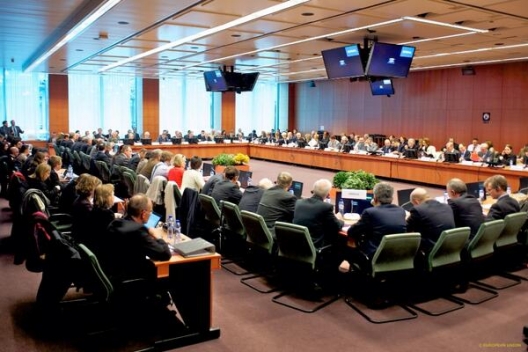 The European Union’s Political and Security Committee (PSC) and NATO’s North Atlantic Council (NAC) held a joint informal meeting today to discus s the situation in Ukraine , ahead of the meeting of EU heads of State or government tomorrow.

The discussions underlined the seriousness of the crisis and showed the convergence of views in both organisations in upholding Ukrainian sovereignty and territorial integrity, the need for a dialogue between Ukraine and Russia as well as de-escalating steps in view of a peaceful solution to the crisis in full respect of international law as laid down in bi- and multilateral commitments. Ambassadors had an exchange of views on the various dimensions of the crisis in Ukraine and the options for the response of the International Community.

The PSC and the NAC are the bodies respectively of the EU and NATO at ambassador level responsible for monitoring the international situation.

PSC-NAC meetings are an integral part of the continuous political dialogue between the EU and NATO, including the so – called “Berlin Plus” arrangements and informal meetings. They formally meet on EUFOR Althea, the operation in Bosnia and Herzegovina making use of NATO common assets and capabilities.