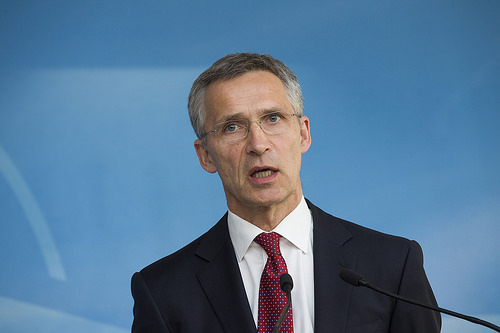 NATO Secretary General Jens Stoltenberg Tuesday voiced concern over reports of a Russian military build-up in Syria, warning that any support for Bashar Assad would escalate the bloody conflict.

“Yes, I am concerned by reports that Russia may have deployed military personnel and aircraft to Syria,” Stoltenberg said in a public question and answer session on his Facebook page, in response to a question submitted by AFP.

“Any military support to the Assad regime could further escalate the conflict, leading to the loss of more innocent lives,” he said….

His comment came hours after NATO member Bulgaria said it had refused permission to Russian planes to cross its airspace late last week, amid growing U.S. fears that Moscow is boosting military support to Assad.

U.S. Secretary of State John Kerry called his Russian counterpart Sergei Lavrov at the weekend to warn of the dangers of stoking a conflict which has already cost nearly 250,000 lives.