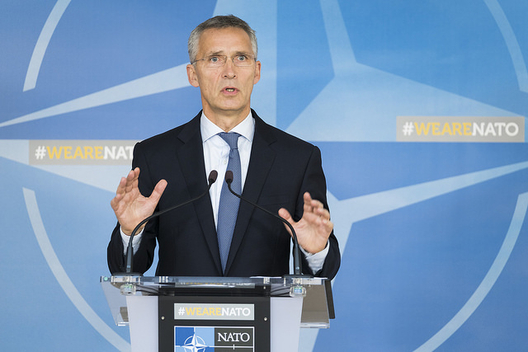 NATO allies have raised concerns about what they call Russia’s use of a kind of electronic warfare during military exercises last month that jammed some phone networks, alliance Secretary-General Jens Stoltenberg said Thursday.

“At least two allies have reported about that,” Stoltenberg told reporters after chairing talks in Brussels between ambassadors from NATO and Russia. He said it highlights the need for Russia to be more transparent with war games “to make sure there are no miscalculations, misunderstandings, because these kinds of activities can have serious effects.”

Phone services in Latvia, Norway and Sweden’s Oeland islands were reported to have been shut down for a few hours during the Sept. 14-20 Zapad exercises that Russia held with Belarus. The jamming is suspected to have been launched by a Russian communications ship from the Baltic Sea….

He [Latvian lawmaker Ojars Kalnins] said the jamming “focused on the Oeland islands in Sweden” but that “it did shut down all communications, including emergency phone service in Latvia. Our 911 service was shut down for several hours during this experimental attack.”