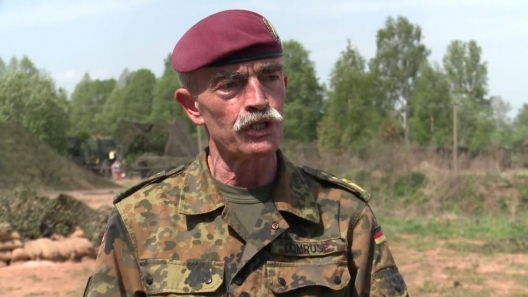 The standoff between Russia and NATO countries prompted the NATO to build a case for arming its member states in Eastern Europe and the Baltic countries, Latvia, Lithuania and Estonia.

“The NATO should begin an arms deployment offensive for Baltic countries and allies in the east, before stationing heavy weapons in eastern Europe,” NATO’s Central and Eastern Europe Commander Hans-Lothar Domröse told “Die Welt” newspaper in an interview on Friday.

“We need to furnish our allies with modern and effective weapons like helicopters, howitzers, tanks, anti-aircraft rocket systems and heavy machines and train them to use the equipment,” Domröse added.

The NATO commander, who leads the NATO headquarters in Brunssum in the Netherlands, said the bloc was always ready to protect its members, but every country needed to ensure it had the capacity to protect itself. “The bigger NATO countries should sell modern weapons to their allies in Baltic at a fair price,” Domröse stressed.