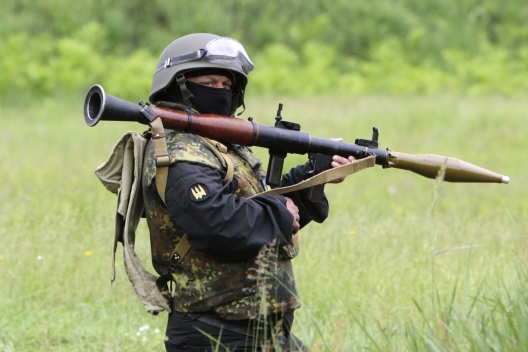 [N]ow the ungoverned space is on the edge of Europe and the insurgents are being supported by a country with some of the world’s most sophisticated military equipment and most effective intelligence services. This is ungoverned space where officers prowl, with the missiles and training necessary to target and destroy a plane at 30,000ft.

The next threat, still small but not insignificant, is that the conflict will spread. Ukraine is not the only former Soviet state in which the Kremlin feels it has vital military and economic interests, or in which President Vladimir Putin and his ideologues believe “Greater Russia” has claims dating back to the Middle Ages.

Nor is it the only one home to disaffected Russian-speakers, angry with their government and receptive to Moscow’s propaganda about a “decadent west”. Russia has created conflicts in Moldova and Georgia, complicating their relations with the west. Kazakhstan, with Russian-speakers making up 30 per cent of its population, should be concerned about what follows the death of its ailing president. Then there are the Baltics, which Nato has promised in the most binding terms to protect. . . .

Nato members should spend at least 2 per cent of output on defence; many spend less than half that. They should live up to their obligations. And the money should be spent not on pensions or extravagant equipment, but on assessment staff, strategic communications, large-scale exercises, standing forces and cyber defence. Nothing less will do, if we are to deter a repeat of Mr Putin’s actions Ukraine. . . .

The peaceful democratic system nurtured in Europe in the past 70 years is the greatest achievement of our civilisation. If we do not work to defend it, it will not last.

The writer is a UK Conservative MP and chairman of the House of Commons defence committee.