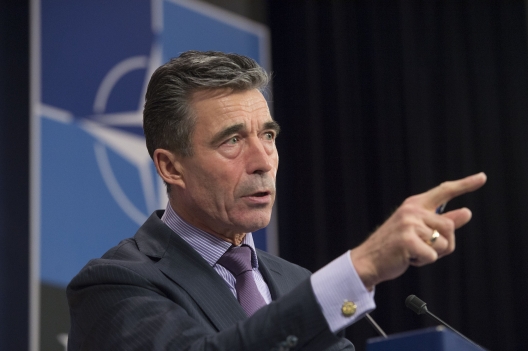 The North Atlantic Treaty Organization’s top official warned Russia on Thursday not to take any actions that could escalate tension in Crimea.

“I am concerned about developments in #Crimea. I urge #Russia not to take any action that can escalate tension or create misunderstanding,” said the statement posted on Mr. [NATO Secretary General Anders Fogh] Rasmussen’s Twitter feed.

The comments come as violence has risen in the Ukrainian region of Crimea. A group of armed people took control of the Crimean regional parliament and other local government offices in the region and raised the Russian flag.