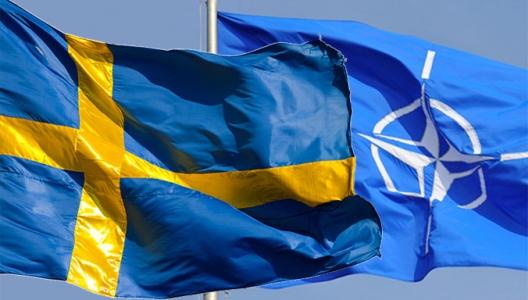 “What is most surprising is the rapid change in opinion. Since the annexation of Crimea and crisis in Ukraine, we have seen a steady trend where opposition to NATO membership is in decline,” said political analyst Ulf Bjereld.

The new figures represent a sharp 10 percent increase in pro-NATO support compared with a similar poll carried out in May. Swedish public support for joining NATO hovered at a lowly 17 percent in 2012. By year-end 2013 it was 29 percent.

The poll comes in the wake of an historic reversal in policy by the former NATO-skeptic opposition Center party.

Once staunchly anti-NATO membership, the Center is now advocating that Sweden join the Western alliance as part of a joint initiative with fellow non-aligned Nordic state Finland….

Three other opposition groups, the Liberals, Moderates and Christian Democrats, who together with the Center belong to the so-called alliance parties, also favor NATO membership.

From Deutsche Welle:  “It has to be said that positions on this issue are shifting very fast,” Egnell said [Robert Egnell, a scholar at Sweden’s National Defense College], “and so it seems like I have to revise my predictions on this every few months….”

But Swedes are also worried – and puzzled – by a reported spike in territorial incursions by Russian military planes, last year’s massive hunt for an alleged Russian submarine in Swedish waters and Moscow’s recent warning of retaliation should the country seek to join NATO

“The ball is in Russia’s court,” Lindberg said [Anders Lindberg, editorial writer at Sweden’s Aftonbladet newspaper]. “I would say it is more in Russia’s hands than in any Swedish actors’ hands. If Russia continues with its aggression towards the Baltic states, of course the Swedish debate will change.”