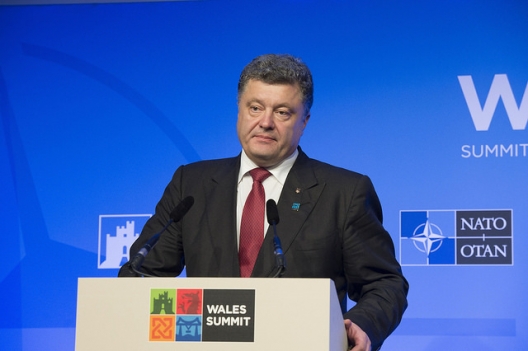 The number of Ukrainians in favor of joining the NATO alliance has risen sharply during Kiev’s drawn-out conflict with pro-Russian rebels in the east of the country, a poll showed Thursday.

Becoming a NATO member would be the best way for Ukraine to ensure security, said 44 percent of respondents to the poll by the Foundation for Democratic Initiatives and Kiev’s International Sociology Institute.

The figure showed a rise from 34 percent in a similar poll in May this year and 13 percent in another poll in 2012 by the same two institutions.

“The rise began this year. It’s the reaction of Ukrainians to Russia’s military aggression,” said sociologist Maria Zolkina from the foundation.

Twenty two percent of those questioned wanted to keep an independent status while 15 percent wanted closer ties with Russia and the former Soviet states.