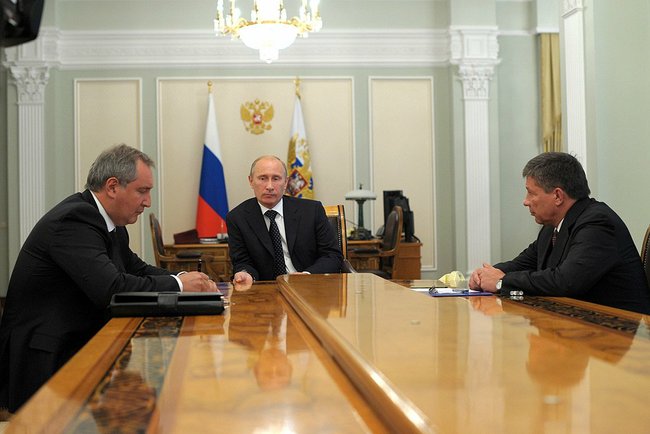 Russian President Vladimir Putin has nullified a 2011 order that created an interagency working group inside the Kremlin that focused on fostering missile defense collaboration with NATO, the Voice of Russia reported on Thursday.

The Russian leader also revoked a April 2012 presidential degree that created a special envoy for missile shield discussions with NATO — a position formerly held by Deputy Prime Minister Dmitry Rogozin, who also led the Kremlin working group. The elimination of the interdepartmental group and the special envoy position signal that Moscow is moving further away from resolving its longstanding concerns with the implications of NATO’s plan for European ballistic missile defense.

Moscow on Tuesday said it had agreed to send additional S-300 missile defense systems to Belarus and on Monday announced it had given provisional approval to merging air defense capabilities with Kazakhstan. . . .

The S-300 units that Russia will provide to Belarus are to be fielded not far from the country’s border with NATO member states Lithuania and Poland, Russia Today reported.