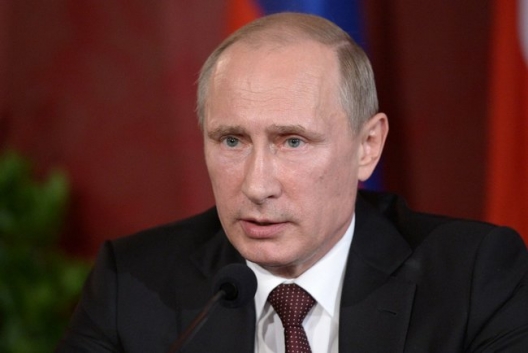 President Vladimir Putin appears to have a NATO phobia. He has repeatedly raised the specter of Ukraine joining the alliance, with NATO and U.S. warships using Sevastopol as a port. It is not clear whether he says this simply to justify Russia’s illegal seizure of Crimea or whether he actually believes it. If the latter, he should reexamine his premises. . . .

NATO membership for Ukraine is off the table until such time as, first, public attitudes change hugely within Ukraine and, second, all NATO member states — since the Alliance operates on consensus — are ready to extend a security guarantee backed by a willingness to use military force to defend Ukraine, including against Russia.

And neither of these two developments is likely to occur any time soon.

In any case, the belief that the U.S. intended to use Sevastopol as a naval base simply ignores facts about the U.S. Navy. Sevastopol is a splendid natural harbor, to be sure. But consider the main areas of operation for U.S. warships: the western Pacific and Persian Gulf. Sevastopol is a great distance from either, and those operations are already supported by bases in Hawaii, Guam, Japan, Singapore and Bahrain.

Putin should ask the Russian military how much time the U.S. Navy has spent in the Black Sea in recent years, prior to the Ukraine crisis. Given the many demands on U.S. warships, the Navy for most of the past 15 years has treated the Black Sea as something of a backwater.

In reexamining his premises about NATO and Ukraine, Putin might also ask why so many Central European states have sought to join NATO. Or, if he proceeds from the Russian view that NATO pressed them to join, he might ask why they so eagerly said yes.

Steven Pifer, a senior fellow at the Brookings Institution, is a former U.S. ambassador to Ukraine.