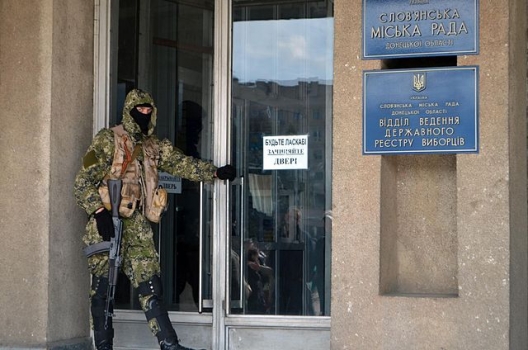 Over the last decade, Putin has established a well-organized, well-funded and often subtle overt and covert operation in the vast swath of neighboring countries, from Estonia on the Baltic Sea to Azerbaijan in the Caucuses, say western and regional government officials. “He’s implementing a plan that he’s had all along,” says Clifford Gaddy, a senior fellow at the Brookings Institution and co-author of a biography of Putin.

The operation has been described by local intelligence officials as “soft power with a hard edge” and includes a range of Cold War espionage tools. His Baltic neighbors say, for example, that he has deployed agents provocateurs to stir up their minority ethnic Russian groups which make up 25% of the population in Estonia and as much as 40% of the population in Latvia. They say he has established government-controlled humanitarian front organizations in their capitals, infiltrated their security services and energy industry companies, instigated nationalist riots and launched cyber attacks. The goal, says the Estonian Ambassador to the U.S., Marina Kaljurand, is “to restore in one form or another the power of the Russian Federation on the lands where Russian people live.”

The operation has the secondary, larger goal of undermining and rolling back western power, say U.S. and European officials. And while the greatest threat is to his immediate neighbors, his activities also challenge Europe and the U.S. All NATO countries have committed to each other’s mutual defense, which means the U.S. is treaty-bound to come to Russia’s NATO neighbors, like Estonia, Latvia and Lithuania, if Putin were to attack.

For now, Putin seems unlikely to risk a direct conflict with NATO. But his espionage efforts in relatively weak NATO countries can be as effective as military action. “If you look at the complex sort of strategy that Moscow has employed in Crimea and in Ukraine it becomes much less clear what constitutes an invasion or measures to destabilize,” neighboring countries, says Sharyl Cross, director of the Kozmetsky Center at St. Edward’s University. That uncertainty about what kind of invasion the Baltics might face could make a strong NATO response impossible.

That in turn, says former CIA chief John McLaughlin, could be even more damaging to the U.S. and Western Europe by fatally undermining one of the most successful peacetime alliances in history. “If he were to challenge NATO in some way that paralyzed us over an Article Five issue, that would be a dagger to the heart of the alliance,” McLaughlin says.