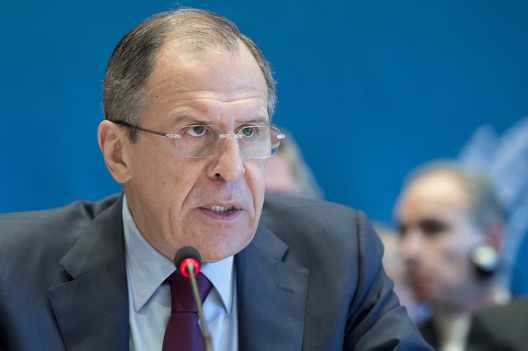 Russia’s top diplomat on Wednesday acknowledged for the first time an official relationship with pro-Russian separatists in eastern Ukraine, the same day that one of their top leaders made a surprise appearance in Moscow to whip up support for his cause.

Russian Foreign Minister Sergei Lavrov said that after Ukrainian leaders declined Moscow’s request in late May to allow Russian humanitarian aid into eastern Ukraine, Russia started to send it in anyway — via the pro-Russian separatist forces that earlier this month punched gaping holes into the border between eastern Ukraine and Russia.

“We are trying to provide humanitarian aid to those who have not left the conflict zone yet,” Lavrov told Lamberto Zannier, the secretary general of the Organization for Security and Cooperation in Europe, at a meeting in Moscow. “We applied to the Ukrainian authorities with a request in late May for permission to deliver such aid. We were refused with an official note, so we are providing aid with the support of self-defense forces, who are worried about their fathers, mothers, wives and children.”