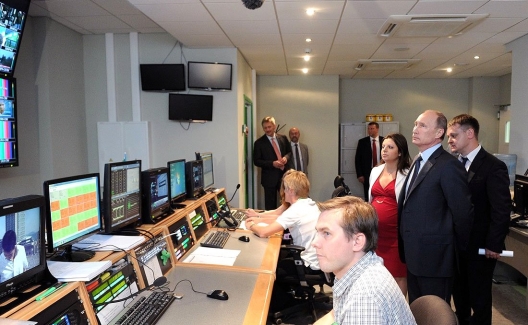 Chinese diplomatic, intelligence and economic entities focused on drawing on their success from 2014 and actively worked on extending and maintaining Chinese influence in Czech politics and economy.

In 2015, Russian activities focused on the information war regarding the Ukrainian and Syrian conflicts and on political, scientific, technical and economic espionage (especially efforts to exploit duped Czech individuals to gain access to Czech and European subsidies).

Regardless of the ongoing Ukrainian crisis and tense Russia-EU/NATO relations, Russia focused on activities aimed at maintaining and strengthening Russian positions and outlooks in Czech power engineering. Furthermore, Russian economic, scientific and technological espionage continued in 2015 in the Czech Republic.

In relation to the Ukrainian and Syrian conflicts Russia focused on influence and information operations as part of its non-linear (hybrid, ambiguous, irregular, non-conventional) warfare1.

In 2015, Russian information operations in the Czech Republic focused especially on:

weakening the strength of Czech media (covert infiltration of Czech media and the Internet, massive production of Russian propaganda and disinformation controlled by the state);
strengthening the information resistance of the Russian audience (prefabricated disinformation from Czech sources for the Russian audience);
exerting influence on the perceptions and thoughts of the Czech audience, weakening society’s will for resistance or confrontation (information and disinformation overload of the audience, relativization of truth and objectivity, promoting the motto “everyone is lying”);
creating or promoting inter-societal and inter-political tensions in the Czech Republic (foundation of puppet organizations, covert and open support of populist or extremist subjects);
disrupting the coherence and readiness of NATO and the EU (attempts to disrupt Czech-Polish relations, disinformation and alarming rumors defaming the US and NATO, disinformation creating a virtual threat of a war with Russia);
damaging the reputation of Ukraine and isolating the country internationally (involving Czech citizens and organizations in influence operations covertly led in Ukraine or against it by Russia).

The above-mentioned activities pose a threat to the Czech Republic, EU and NATO not only in relation to the Ukrainian and Syrian conflicts. The infrastructure created for achieving these goals will not disappear with the end of the two conflicts. It can be used to destabilize or manipulate Czech society or political environment at any time, if Russia wishes to do so.

From Ladka Mortkowitz Bauerova, Bloomberg News:  Russian agents in the Czech Republic are trying to undermine the unity of European Union and the North Atlantic Treaty Organization through an extensive online misinformation campaign, according to the Czech counterintelligence agency, the BIS.

The central European country has a “disproportionate” number of Russian spies on its territory, the Prague-based BIS said in its annual report Thursday. The agents are focusing particularly on spreading false information about armed conflicts in Ukraine and Syria, as well as trying to erode relationships among European countries, it said.

From Reuters:  Russian intelligence services are conducting ‘an information war’ in the Czech Republic, building a network of puppet groups and propaganda agents that could be used to destabilize the country, the BIS counterintelligence service warned on Thursday….

In its annual report, the BIS said Russian and Chinese intelligence remained the most active operating in the Czech Republic, and Russia particularly sought to influence Czech media over its role in the Ukrainian and Syrian conflicts….

The BIS warned that Russian agents sought to stoke social and political tensions in the country by using puppet groups and supporting populist and extremist groups.

“The infrastructure created for achieving these goals will not disappear with the end of the two conflicts,” BIS said….

Russian intelligence agents, the BIS report said, sought to weaken Czech media through infiltration and by spreading propaganda and disinformation.

The tactics included relativization of truth and objectivity, and promoting the view that all sides lie, the report said.

BIS said “a large number” of Russian intelligence officers were working undercover as part of the Russian embassy in Prague, which is by far the largest foreign mission in the country with around 140 staff, twice as many as the U.S. mission.