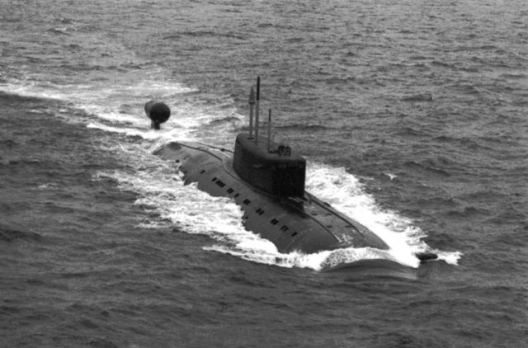 Russian submarines and spy ships are aggressively operating near the vital undersea cables that carry almost all global Internet communications, raising concerns among some American military and intelligence officials that the Russians might be planning to attack those lines in times of tension or conflict. …

Inside the Pentagon and the nation’s spy agencies, the assessments of Russia’s growing naval activities are highly classified and not publicly discussed in detail. American officials are secretive about what they are doing both to monitor the activity and to find ways to recover quickly if cables are cut. But more than a dozen officials confirmed in broad terms that it had become the source of significant attention in the Pentagon.

“I’m worried every day about what the Russians may be doing,” said Rear Adm. Frederick J. Roegge, commander of the Navy’s submarine fleet in the Pacific, who would not answer questions about possible Russian plans for cutting the undersea cables.

Cmdr. William Marks, a Navy spokesman in Washington, said: “It would be a concern to hear any country was tampering with communication cables; however, due to the classified nature of submarine operations, we do not discuss specifics.”

In private, however, commanders and intelligence officials are far more direct. They report that from the North Sea to Northeast Asia and even in waters closer to American shores, they are monitoring significantly increased Russian activity along the known routes of the cables, which carry the lifeblood of global electronic communications and commerce….

One NATO ally, Norway, is so concerned that it has asked its neighbors for aid in tracking Russian submarines.

Adm. James Stavridis, formerly NATO’s top military commander and now dean of the Fletcher School of Law and Diplomacy, said in an email last week that “this is yet another example of a highly assertive and aggressive regime seemingly reaching backwards for the tools of the Cold War, albeit with a high degree of technical improvement….”

The role of the cables is more important than ever before. They carry global business worth more than $10 trillion a day, including from financial institutions that settle transactions on them every second. Any significant disruption would cut the flow of capital. The cables also carry more than 95 percent of daily communications.

So important are undersea cables that the Department of Homeland Security lists their landing areas — mostly around New York, Miami and Los Angeles — at the top of its list of “critical infrastructure….”

Russia is also building an undersea unmanned drone capable of carrying a small, tactical nuclear weapon to use against harbors or coastal areas, American military and intelligence analysts said.

Admiral Ferguson said that as part of Russia’s emerging doctrine of so-called hybrid warfare, it is increasingly using a mix of conventional force, Special Operations mission and new weapons in the 21st-century battlefield.

“This involves the use of space, cyber, information warfare and hybrid warfare designed to cripple the decision-making cycle of the alliance,” Admiral Ferguson said, referring to NATO. “At sea, their focus is disrupting decision cycles.”