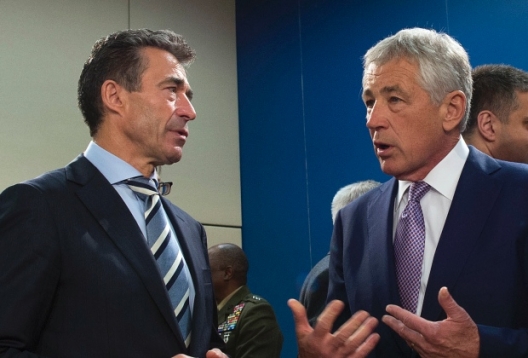 NATO defense ministers will discuss plans for a complete withdrawal from Afghanistan by the end of 2014 should Afghanistan and the U.S. fail to reach agreement on a key long-term security deal, the alliance’s top official said Wednesday.

“This is not our preferred outcome. But these are the facts — facts that we need to take into account in our planning,” NATO Secretary-General Anders Fogh Rasmussen said at the start of a two-day ministerial meeting in Brussels.

Rasmussen’s comments echoed those of President Barack Obama, who on Tuesday informed Afghan President Hamid Karzai by phone about U.S. plans for a possible exit at the end of the year.

Defense Secretary Chuck Hagel said the Pentagon would “move ahead with additional contingency planning to ensure adequate plans are in place to accomplish an orderly withdrawal by the end of the year should the United States not keep any troops in Afghanistan after 2014. . . .”