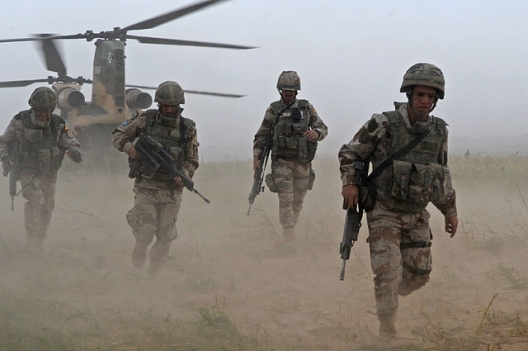 Six European countries said Thursday they would rotate the leadership of NATO’s new rapid-response force, and the U.S. pledged to contribute intelligence, airlift capacity and other key support.

“That’s what we did today: we were turning important elements of that plan into reality,” said NATO Secretary-General Jens Stoltenberg.

The most prominent move is the creation of the so-called “spearhead” force of 5,000 troops, the bulk of which will be able to deploy anywhere within 48 hours….

Germany currently heads an interim version of the new force, which is scheduled to be in full operation next year. Spain is expected to lead the force first, followed by Britain in 2017. The three other NATO countries committed to assuming the rotating responsibility are Italy, France and Poland.

The goal is to give each country time to prepare its forces and rest them between stints on high alert. The system marks a return to NATO’s original purpose of protecting Western Europe, but with a lighter force rather than masses of troops….

NATO officials say the force is aimed at countering threats from Russia and in the Mideast. U.S. Air Force Gen. Philip Breedlove, NATO’s top military commander, said the U.S. will provide support in areas that only it can, including surveillance, intelligence, logistics and airlifts.

While 5,000 troops make up the tip of the spear, the force will be designed to deploy another 25,000 troops within weeks if necessary. The previous NATO response force was far slower and could muster only about 13,000 troops.