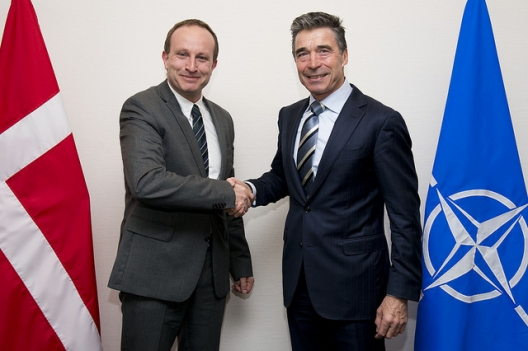 Denmark approaches the Wales Summit in the context of a radically changed security environment, due to, among other things, the Ukraine crisis. While a small country, Denmark has since the end of the Cold War taken a global outlook in security and defense, and has deployed far and wide together with transatlantic friends and allies. Today, however, there are significant challenges much closer to Denmark’s own neighborhood.

With Poland and the Baltic states joining the Alliance in 1999 and 2004 respectively, Denmark was no longer a NATO “front line state,” which meant that Danish defense resources could be freed up for more expeditionary tasks, and Denmark has done so with gusto. Over the last 15 years, Denmark has trimmed its military to be highly mobile and expeditionary, and got rid of major defense systems which had less relevance for expeditionary operations along the way, including the Danish submarine force. Denmark has been an eager contributor to operations, including in Afghanistan, the counter-piracy mission off the horn of Africa, and in the air campaign over Libya. And Danish defense activism abroad has not only been limited to NATO operations. Denmark joined France in Mali and, more controversially, the US coalition of the willing under Operation Iraqi Freedom.

Copenhagen’s approach has been informed by the tenet that a small country like Denmark can have an outsized impact on transatlantic and global security by partnering and operating with major powers; such as the United States, Britain, and France. And much suggests that Copenhagen has gotten considerable mileage out of this approach, with Denmark being viewed in Washington as one of America’s staunchest European allies. Copenhagen has also played a leading intellectual role within the Alliance, with concepts such as the Comprehensive Approach. Finally, Denmark has contributed senior leadership to NATO, such as current Secretary General Anders Fogh Rasmussen.

But Danish successes within NATO and in the broader transatlantic community has come at a price. Proportionally speaking, Danish casualties in Afghanistan have been higher than those of the United States and Britain; and with cuts to the defense budget being imposed there is real worry that Copenhagen will have to lower its ambitions in the coming years. Also, Denmark is slated to replace its ageing F-16 fighter fleet, which, however needed, will draw away substantial resources.

But Denmark now finds itself in a new reality. The Baltic states (which were to some degree shepherded into the Alliance by Denmark), among others, are quite concerned about the current and future trajectory of Russia and the changing security situation in the broader Nordic-Baltic region. So far, Denmark has responded by providing forces to re-assurance exercises and drills in the Baltic states and Poland.

Denmark is bringing several things to the Summit that speak directly to the changing security environment in Europe and the broader Nordic-Baltic region. Denmark will contribute a frigate (as a sensor platform) for European missile defense, as well as contribute ground forces for repeated rotations to the Baltic states for training and exercises there. Copenhagen will also offer additional staff officers to Multi-National Command North East, in order to increase its capacity to receive and operate forces. Beyond the response to the Ukraine crisis and bolstering security in northern Europe, look to Copenhagen to advance what it calls “green defense,” an effort to use clean and renewable energy technology to reduce logistics needs and supply lines (that turned out to be very vulnerable to insurgent attacks in both Iraq and Afghanistan) and to reduce costs by controlling energy costs (modern militaries are some of the largest institutional consumers of energy around). This combines Denmark’s interests and profile in environmental policy, clean energy technology, and the transatlantic link, as the US military is increasingly interested in reducing its own energy footprint.

While the Ukraine crisis has not yet caused Denmark to re-assess the basic orientation of its defense and security policy, what Copenhagen is bringing to the Summit speaks volumes. While Denmark may no longer be a frontline state, in the years ahead Copenhagen may very well be busy helping those countries that now serve in that role.